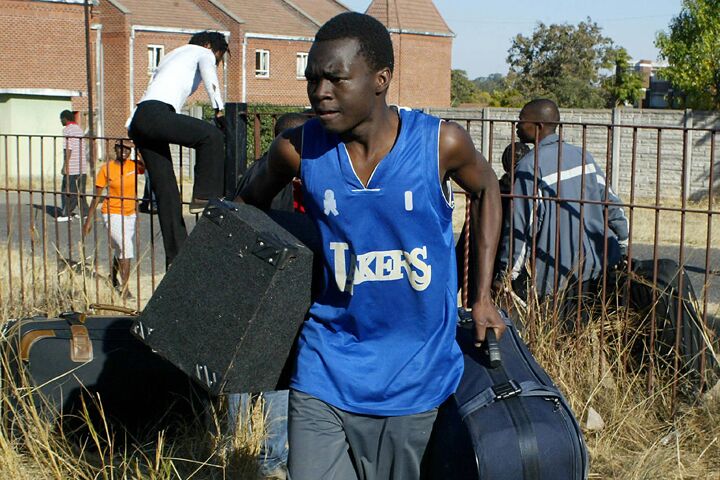 Zimbabwean President Robert Mugabe’s disastrous policies are not only causing citizens to suffer, they are making some leave altogether.

Faced with hyper-inflation estimated in the 10,000 percent range, people across the country have seen their life savings erode into worthlessness before their eyes. Compounding the economic catastrophe now plaguing the nation is famine and widespread food shortages, which are due largely to Mugabe’s forced land redistribution policies in which government troops have seized productive farmland from white owners and given it to Mugabe supporters and others not familiar with farming. It is a bitter irony for citizens of Africa’s once-wealthiest nation.

Prices are rising so swiftly in Zimbabwe that on June 25 Mugabe ordered all businesses to cut prices for their goods and services by half. As of July 17, more than 2,000 businessmen who failed to comply had been fined or thrown in jail. The result has caused even more shortages of basic goods as more businesses are forced into bankruptcy. Mugabe is now threatening to nationalize all the companies that have had to shut down production.

Political violence has also increased now that next year’s elections are just around the corner.

The result, as one border official called it, is a “human tsunami” of people fleeing the nation.

A testament to the desperation of Zimbabweans attempting to flee the nation is a 200-mile, triple-perimeter border fence along the South African border. Near the official border station the fence remains relatively intact, but a few miles away it has been shredded to pieces.

Although South African President Thabo Mbeki, a supporter of Mugabe, refuses to publicly acknowledge any surge in Zimbabwean refugees, estimates say that approximately 100,000 people are crossing into South Africa each month. Official South African estimates put the figure at a much lower 20,000 per month.

According to recent population estimates, Zimbabwe may be down to 7 million citizens—a sharp drop from 11 million in 2000.

The migration situation is “unbelievable,” according to Maggie Sotyu, a South African National Congress MP.

President Mugabe, who celebrated his lavish 83rd birthday this year, has been in power since Zimbabwe’s independence from Britain in 1980, and has announced his intention to stand for reelection again next year.

At the rate people are fleeing Zimbabwe, President Robert Mugabe and his armed administration may soon be the only ones left in what could now be considered Africa’s poorest country. But the hundreds of thousands of refugees pouring across Zimbabwe’s borders might well think that must be what Mugabe wants: the whole country for himself.

Zimbabweans, once residents of the most productive and wealthy nation in Africa, once blessed with widespread agricultural, mineral and economic bounty, are suffering under the virtual dictatorship of Robert Mugabe to an ever-worsening degree. For a wider perspective on when, how and why Zimbabwe has degenerated so far, read “‘Hondo!’ in Zimbabwe.”