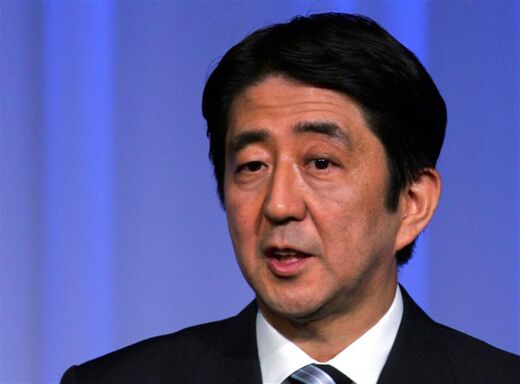 Dollar defection has gained traction in Japan as Iran sells its oil in yen rather than dollars.

Iran has asked Japanese oil refiners to pay for all future deliveries in yen, as opposed to dollars, according to a letter obtained by Bloomberg News.

The request is “effective immediately” for all “forthcoming Iranian crude oil liftings” according to the July 10 letter signed by the National Iranian Oil Company’s general manager of crude oil marketing and exports.

Until now, most Japanese oil importers have used U.S. dollars to purchase Iranian oil. Although confirmation of Japanese oil payments in yen is still forthcoming, as one investment securities analyst in Tokyo said, “What else can Japan do but to accept the request, once the oil producer sent its wish?”

Japan needs the oil, and with energy markets as tight as they are, alternative supplies will be very difficult to come by. Iran is Japan’s third-largest supplier of crude, exceeded only by Saudi Arabia and the United Arab Emirates.

Since 1944, with the signing of the Bretton Woods agreement, the U.S. dollar has been the world’s reserve currency, meaning it is the currency used by governments and institutions to settle their debts and to transact trade in vital commodities such as gold and oil. To conduct international trade, countries were compelled to accumulate dollars and build reserves. Consequently, the increased demand for the dollar gave the U.S. economic benefits not available to other countries and permitted the U.S. to run large trade deficits and fiscal debts without experiencing most of the negative economic impacts normally associated with such large imbalances.

That is beginning to change.

Iran requiring Japan to pay for oil in yen is just the latest move by a nation seeking to reduce its dependence on the dollar. Earlier this year, officials from Chinese-owned Zhuhai Zhenrong Trading, Iran’s biggest crude oil customer, confirmed that they now pay for Iranian crude in euros.

Russia is preparing to sell oil priced in rubles and plans to open the Energy Stock Exchange in St. Petersburg in the first half of 2008, according to a ubs AG report dated June 14. In 2005, Norway’s Bourse Director Sven Arild Andersen said that a Scandinavian oil bourse conducting transactions primarily in euros should be set up.

Many nations are also beginning to diversify their foreign currency reserves away from the dollar, often to the euro.

Central banks in South Korea, China and Taiwan have all announced plans to diversify away from the dollar. Last year Russia, Syria and Italy also said they intended to reduce their dollar holdings. Last Wednesday, Japan’s adviser to the prime minister said Tokyo should diversify its reserves away from dollars, and spend its greenbacks on higher-yielding assets. Bloomberg notes that Japan is the largest overseas holder of U.S. treasuries; as such, it has historically been one of the strongest supporters of the dollar.

Announcements like these have caused the dollar to fall like a rock recently, hitting record lows against the euro, pound and other currencies.

Demand for the dollar is eroding—and trade for oil in other currencies is accelerating this trend. Time will tell how quickly other nations will break away from the dollar as the global currency of commerce. The result could be disastrous for Americans.

“Once the dollar loses its reserve currency status and the collapse ensues, the process of returning to economic viability will be a painful one,” says Peter Schiff, president of EuroPacific Capital, in his book Crash Proof. “Whether the United States is up to the task remains to be seen. Although I am skeptical, I nonetheless remain hopeful.”

For the best strategy for protecting your family from future financial troubles, read “Storm-Proof Your Financial House.”