Cultural Amnesia: America’s Future and the Crisis of Memory by Stephen Bertman 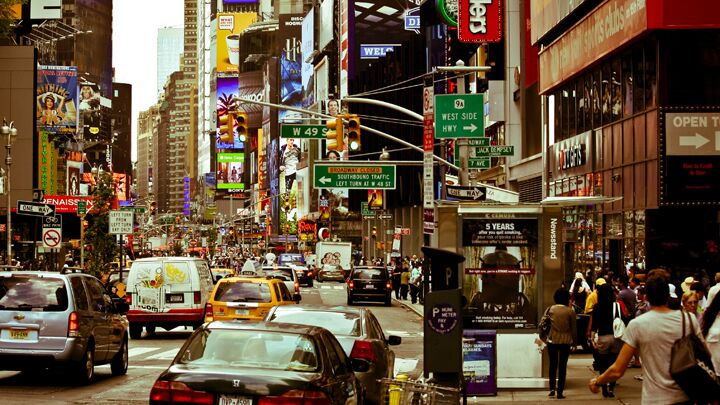 Cultural Amnesia: America’s Future and the Crisis of Memory by Stephen Bertman

America faces a deadly social crisis. Our materialistic, pleasure-seeking citizens are increasingly focusing on the “power of now”—the intense preoccupation with the present—and are concurrently forgetting the past.

That is the warning in a book written last year by social theoretician Stephen Bertman, called Cultural Amnesia: America’s Future and the Crisis of Memory.

For most of the past century, two erroneous but powerful social beliefs have redefined the role of history in American culture: the idea that the present is more important than the past, and the notion that a subject is worthy of study only if it is practical. Thus, as we find the study of history (denounced by its critics as “past-ology”) increasingly undeserving of our national attention, our short-term memory grows shorter and our ignorance grows larger.

The statistics are all-too familiar. According to Gallup polls, 60 percent of adult Americans don’t know the name of the president who ordered the dropping of the first atomic bomb. Among college seniors, 42 percent can’t place the Civil War in the correct half-century; 24 percent think Christopher Columbus discovered America in the 1500s. U.S. citizens are not only unaware of what is happening in the world, we do not even know where the rest of the world is. Mr. Bertman notes that adult Americans finished last in a nine-nation survey asking respondents to identify countries on an unmarked world map. Half didn’t know where Central America is, 43 percent couldn’t find England on a map of Europe, and 14 percent couldn’t even locate the U.S.!

What is the effect of such ignorance? It leaves us with no standard of judgment, no well-waters of wisdom. It dooms us to repeating the mistakes of our forefathers and letting their successes go to waste.

Today’s college students are majoring in high-speed information technology skills as the quickest, most lucrative way to make a living. The dotcom generation is not being taught the liberal arts and humanities that help create a well-rounded, balanced and happy life. Mr. Bertman quotes a source who noted that the computer we worship “has memory, but not remembrance.” Moreover, the Internet allows us to mistake access to recent information for wisdom. Technology, materialism and vocationalism do not produce a meaningful philosophy of life. Yet, a growing number of young people no longer believe old books and history are important. Give them money and material pleasures—that’s all they want.

This has led, as Mr. Bertman writes, to a materialistic creed that celebrates transience and disposability, and an electronic faith that worships the here and now. Elsewhere he writes that higher education “may be about making a living; but it must also be about making a life.” His words echo those of the late Herbert W. Armstrong, founder of three liberal arts institutions, who often said that most modern colleges teach young people “how to make a living, but not how to live.”

America’s dumbing down also has political ramifications. Our politicians continually rely on a misinformed public to slip through unconstitutional legislation limiting our freedoms. (See last month’s Trumpet article “Justice and our ‘Evolving Constitution.’”)

Much of modern education is about memorizing isolated facts that are disconnected from a concept of the whole. This is damaging because America, after all, was founded on ideals. Our economy, liberty and justice flowed from those ideals. If we ever forget how and why we became a nation, we forget what our republic is all about. Mr. Bertman contends we are suffering from a cultural identity crisis because we tend to look at our past through an amnesiac haze: “The life of an individual is measured in years and decades; the life of a culture, in centuries and even millennia. A culture maintains its identity by passing on the sum of its values and experiences from one generation to the next. Its memory must be organic and transtemporal, else the culture dies or survives only as a hollow shell.”

Nobel laureate John Eccles reminds us, “Without [memory], we are hollow persons, not only empty of a past, but lacking a foundation upon which to build the future. We are what we remember.” Mr. Bertman concurs: “If the memories of the past are not passed on, for all intents and purposes they cease to exist.” In addition, he warns, “By creating the impression that the new is intrinsically superior to the old, science and technology effectively dethroned tradition. Simultaneously, they also elevated the stature of the present and future in the human mind.”

Memory loss distorts how we view everything: our country, its culture and even human relationships. Applying the metaphor of Alzheimer’s disease to our national state of mind, Cultural Amnesia offers a chilling prognosis for our future unless radical steps for recovery are taken. The book demonstrates that America’s widespread, forgetful condition is an insidiously progressive and debilitating illness that is eating away at our nation’s very being.

True Christians have a responsibility to remember and heed the lessons of history, lest they end in ruin (Mal. 3:16-17; Matt. 24:21-22). The Apostle Paul reminded many that the Old Testament was written for our learning (Rom. 15:4), as a warning (i Cor. 10:11), and to make us mature (ii Tim. 3:16-17). The Bereans studied the Scriptures daily (Acts 17:11) and were called noble. God’s very elect are noble people when it comes to their study of the Bible, among other historical texts. Almighty God says, “Stand ye in the ways, and see, and ask for the old paths, where is the good way, and walk therein, and ye shall find rest for your souls…” (Jer. 6:16).

Although Cultural Amnesia contains a few flaws (e.g., it does not recognize the authority of the Bible; it suggests mankind evolved from a lower species, and supports the unprovable concept of “prehistoric” man), nonetheless it is an impressive book which explores the causes of many of our present-day problems.