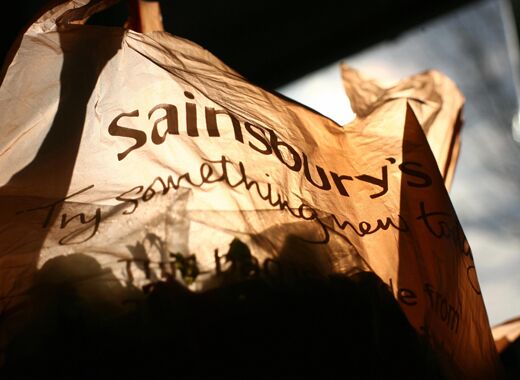 Qatar acquisition could set precedent for knocking the West with a one-two punch.

Oil-rich nations are beginning to gobble up Western stock. Delta Two, a “sovereign wealth” investment fund for the Qatari royal family’s petrodollars, has made a play for UK supermarket chain Sainsbury. More investments along this vein could eventually spell buyout for millions of Western shares, and see many Western companies fall under Arab influence.

Sainsbury shares rose Friday when the Qataris increased their stake in the UK’s third-largest retailer to 25 percent. Market watchers speculate that the purchase could in fact be a prelude to a full takeover bid. Sainsbury holds an appealing property portfolio, and several experts say that Delta Two’s strategy is to take over and sell off the company’s real-estate holdings. Sainsbury executives have stated the property is necessary to continue the company’s impressive growth.

But the Sainsbury acquisition could mean much more than Qatari sheiks making quick cash off a UK grocery store. According to the London Telegraph, the sovereign wealth fund in Qatar—which owns the largest gas field in the world and has assets estimated at $40 billion—is only a small piece of an industry puzzle worth trillions of dollars that “is set to transform the shape of the world economy” (June 16). In fact, the Middle Eastern sovereign wealth funds are so large, a change in their investment strategy away from bonds and toward stocks could eventually cause prices to rise across the board in major equities, according to David Miles, chief UK economist at Morgan Stanley (ibid.).

Oil-rich Middle Eastern nations like Qatar almost have more money than they know what to do with. Almost. With petroleum revenues gushing in, several have concluded that they actually have enough dollar- or euro-backed government bonds. Bonds have traditionally been the go-to investment for petroleum revenues. However, as the Delta Two investment fund shows, this is changing. Not only will U.S. and European government bonds miss out on increased investment, but also Western corporations will see billions of shares change from British and American hands to those of Middle Eastern investors, as well as Chinese.

Look for Western companies to grow weaker against the onslaught of petrocash. Although this might mean a short-term increase in some stock prices, it also means that more and more British and American companies will fall in this quiet economic siege.