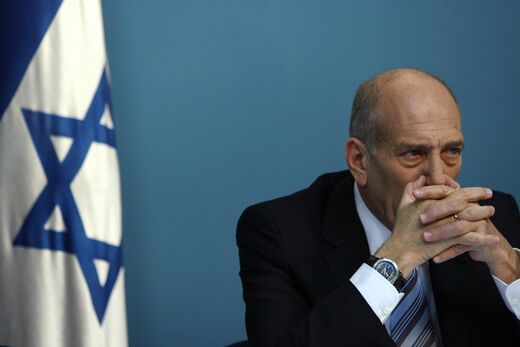 Israel’s prime minister has offered to give up the Golan Heights despite widespread opposition from his people.

Israel’s prime minister has offered to withdraw all troops and cede sovereignty of the Golan Heights to Syria, according to Hebrew newspaper Yediot Ahranot. In return, he has asked Syria to cut all ties with Iran, Hezbollah and Palestinian organizations.

“I know that a peace agreement with Syria requires me to return the Golan Heights to Syrian sovereignty,” Prime Minister Ehud Olmert said. “I am willing to fulfill my part in this deal.”

Olmert’s discussion with Syria, said to have began last month through Turkish and German mediators, was meant to ease growing tension between the two nations. The reality of the situation, however, is that both nations continue to prepare for war. debkafile recently reported: “Tehran sent Moscow a check for $327 million to pay for assorted missiles consigned to Damascus. A further $438 million has been pledged by the end of June for more hardware to Syria.” If Syria is serious about peaceful negotiations, why is it investing time and money into such preparations?

Meanwhile in Israel, the military conducted a large-scale exercise last week at Shizafon Base in the south of Israel simulating “an invasion of Syria within the context of a war, involving infantry units, tank divisions and the Air Force,” according to Arutz Sheva.

Prime Minister Olmert’s land-for-peace deal has outraged fellow politicians and the public alike. Knesset members from both the Likud and National Union/National Religious Party have called on two other coalition parties to cease their partnership with the Olmert government in response to the proposition.

“It would be better to replace Olmert than to give up the Golan Heights,” said Likud MK Yisrael Katz. A poll conducted by Teleseker published in Maariv revealed that 84 percent of Israelis opposed a complete withdrawal from the Golan, with 44 percent unwilling to accept any pullback at all. And for good reason.

The Golan Heights provides a massive catchment area from which water flows into the Sea of Galilee, Israel’s largest source of drinking water. The region is also home to many tourist attractions such as orchards and wineries. Most importantly, however, the mountainous Golan region is a strategic buffer between Syria and Israel’s large population centers along the western shore of Galilee. Giving it up would put Israel at a tremendous strategic disadvantage.

The decision to place the Golan Heights on the negotiation table after over 40 years in Israeli hands reveals the desperation of the Olmert government to scavage some kind of success following the 2006 Lebanon war. But as history has shown, a policy of land for peace only results in increased aggression.