Global economic cooperation has a dark side. 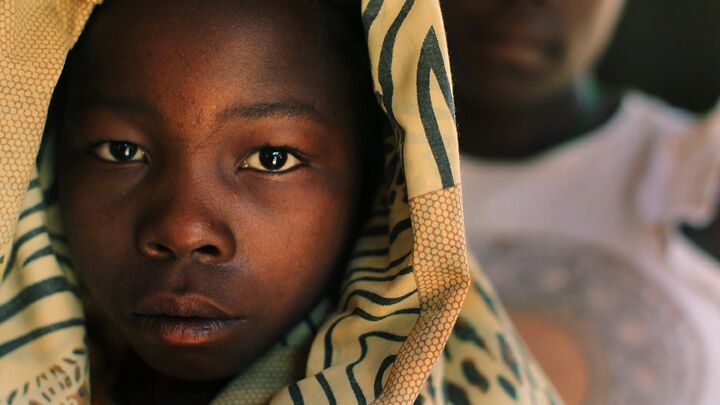 Global economic cooperation has a dark side.

Globalization is credited with much of the world’s recent scientific and economic advancement. Many Americans and Westerners today live in an entrancing, push-button world of ease, where virtually anything is readily available by just walking down to the local Wal-Mart and handing over a credit card. Much of our essential machinery and many of our toys come from faraway places we’ve never visited or even heard of.

Certainly, globalization has helped many nations. China and India, for example, are building modern cities and engineering and manufacturing goods at a rate and on a scale unimaginable just a decade ago.

But globalization has a dark side. Behind the neon glow of technological and economic growth, evils spread in the shadows. One example is a problem most Westerners view as a thing of the past—but which, thanks in part to globalization, is enjoying an unhappy renaissance: the slave trade.

Why is it that no matter how hard mankind tries to improve the world, unforeseen negative consequences result? Though global academic and technological advancement have brought unprecedented prosperity to so many, on a global scale, greed and crime have also increased apace. The manner in which globalization has exacerbated the slave trade is a startling case in point.

According to conservative estimates, all told there are an astonishing 27 million slaves in the world today.

That’s more than the number of slaves involved in the Atlantic slave trade in the 18th and 19th centuries. The U.S. government estimates that 600,000 to 800,000 people are forced into slavery each year. The Christian Science Monitor says the present glut of slaves is greater than ever in human history (Sept. 1, 2004).

Though the majority of these slaves are located in Asia and Africa, the number of them trafficked across international boundaries and into the Western world is growing too. Many of the slaves entering the Western developed world originate in Albania, Belarus, China, Romania, Russia and Thailand.

One of the biggest reasons the slave trade is booming is that it is extremely profitable. Slaves are cheap—by some sources, at the lowest price in 4,000 years—and very lucrative. The United Nations estimates that slave traffickers make about $10 billion a year—$10,000 net per slave. And once sold, the slaves are even more profitable for their owners, especially in the sex industry. Enslaved prostitutes, besides earning their owners thousands of dollars while they’re working, can be sold, resold or traded like postage stamps or baseball cards.

According to Foreign Affairs, the main cause for the growth in the international slave trade is globalization. Unfortunately, the same developments that have eased the flow of labor, goods and capital among nations across the globe have made the slave trade easier.

As Marian L. Tupy, assistant director of the Project on Global Economic Liberty at the Cato Institute, observed, “unintended negative consequences of human discovery are common.”

For example, advances in travel have cut the costs of transport by thousands of dollars. The price of a slave in 1840 adjusted to today’s dollars was approximately $40,000. Much of that price was due to transport-related costs, as the slaves were sailed across the Atlantic. Today, a slave can be purchased in Africa for $30 and then smuggled to other parts of the world for little more than the cost of a couple of airline tickets.

“With globalization and cheap transportation, you can move people easier and quicker than guns or drugs,” said Joy Zarembka of the Campaign for Migrant Domestic Workers Rights. “And you can use them over and over and over again. You don’t just sell them once and call it a day. It’s very, very profitable.”

This is an aching and terrible paradox: Globalization, with its associated technological advancement, has created much wealth for some, yet has enabled the enslavement of others. Rapid increases in science, technology, industry, commerce and trade—considered by many to be signs of progress leading toward a more peaceful future among nations—have done nothing to halt, and have rather helped, this horrible crime against humanity.

It seems intrinsic to the human condition—this paradox of degeneration amid progress.

There is a fundamental reason for forced slavery: human nature. Economic advancement does not improve character. It does not reduce greed and selfishness. Unless human nature changes, mankind’s problems cannot be solved—and the slave trade, to take merely one example among a host of human evils, will continue.

However, the Bible does speak of a time just ahead of us when mankind’s problems will be solved—and it will be through addressing those problems at their source: rooting out human nature. Under the direction of Jesus Christ at His Second Coming, God’s law of love will be taught and enforced—forbidding stealing and lying, requiring employers to respect employees and treat them fairly, eliminating the causes of debt and implementing principles that lead to financial stability and prosperity.

We are living in the final days of modern forced labor and unjust enslavement. To understand more about the world that will end these evils, and how it will come about, read The Wonderful World Tomorrow—What It Will Be Like.