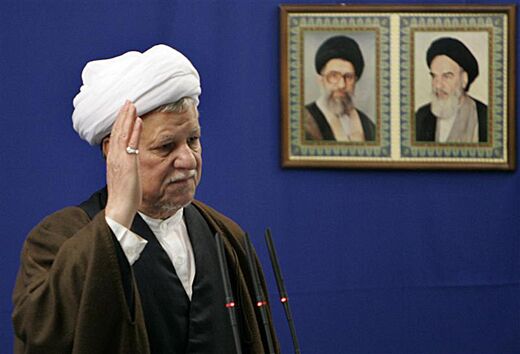 With Ayatollah Khamenei in poor health, we consider who Iran’s next supreme leader could be.

Editor’s Note: At time of publishing of this article, Rafsanjani was actually the first deputy chairman of the Assembly of Experts. He won the most votes of all candidates in the December 2006 election for the assembly. On September 4, 2007, he became the chairman.

Ayatollah Ali Khamenei may be positioning Ali Akbar Hashemi Rafsanjani to succeed him as Iran’s next supreme leader, some observers report.

Former President Rafsanjani heads what is termed the pragmatic conservative faction, which is closely aligned with Khamenei, and is already one of the most powerful clerical leaders in Iran. He currently heads both the Expediency Council, a government oversight body, and the Assembly of Experts, the body that elects and oversees the supreme leader.

Rafsanjani’s position in the influential Assembly of Experts, which he gained in elections last December, places him in prime position to take on the mantle of supreme leader. In fact, if he has the blessing of Khamenei—which is likely the case, according to some analysts—there appears to be little standing in his way. With Khamenei in failing health, we could see a change of leadership in Iran in the coming months.

Rafsanjani certainly seems to have his sights fixed on the top post, recently hinting that the time is approaching where a new supreme leader will have to be chosen. In opening remarks at a conference on Islamic governance on February 7, he indicated that Khamenei’s days might be numbered. He pointed to the importance of the Assembly of Experts and its role in selecting the supreme leader.

The position of supreme leader in Iran, of course, is just that: supreme. Presidents come and go; but the supreme leader is there for life. Iran is a theocracy in which the supreme leader, a powerful ayatollah, holds ultimate power. In effect, the complex leadership structure in the country gives the appearance of democracy, while maintaining, in reality, an autocratic government with one individual holding supreme power. Loyalty to this leader is a precondition for the political advancement of any faction—or individual. In this context, the selection of a supreme leader is critical to the future of the country.

Since the Islamic Revolution of 1979, Iran has had just two supreme leaders: Ayatollah Ruhollah Khomeini, who led the revolution; and Khamenei. Both of these ayatollahs have led Iran in a radical direction, establishing Sharia law, suppressing opposition within Iran, and promoting the concept of Islamic revolution and supporting terrorism outside the country. If Rafsanjani, as a close confidant and senior adviser of Khamenei, becomes the next supreme leader, we should expect no deviation in Iran’s path. Rafsanjani holds to the same ideology and national aspirations as Khamenei.

Rafsanjani’s reputation as a more moderate, pragmatic conservative may be seen by some as a hopeful indication that Iran may be due for a change, a move away from radicalism. Such hopes are misplaced.

Firstly, Rafsanjani is no moderate. When it comes to Iran, the term moderate is very relative. How “moderate,” for example, are his statements “that Israel is ‘the most hideous occurrence in history,’ which the Muslim world ‘will vomit out from its midst’ in one blast, because ‘a single atomic bomb has the power to completely destroy Israel, while an Israeli counterstrike can only cause partial damage to the Islamic world’”? (City Journal, Spring 2006).

As for a change of direction for Iran with him as leader, all we have to do is look at history: It was under Rafsanjani’s presidency that Iran conducted a massive military build-up; it was under him that Iranian-sponsored terrorism flourished around the world. Currently, he vocally supports Hamas terrorists, threatens America, and supports Iran’s nuclear goals.

In truth, the incredible feat Rafsanjani has achieved in convincing the West that he is a moderate, reasonable partner may actually be a considerable factor working in his favor to become Iran’s next supreme leader. The Persians have a history of working the angles to their own advantage. Quite often, nothing is as it seems with Iran. As Andrew Campbell wrote in the National Observer, for the Muslims, “deception informs war” (June 22, 2006).

At clearly a critical time in Iran’s history—as it stands on the verge of dominance of the Middle East and faces off the mighty United States—it would make sense that a very clever politician, who also has all the religious credentials needed, would be selected to take over leadership of the country.

It is quite possible that Rafsanjani could play a significant role in helping the U.S. extricate itself from Iraq, which—sooner or later—is inevitable, given the position of the Democrats and much of the American public. Of course, this will leave Iran as the predominant power in the Middle East.

Watch Iran: We could yet see Hashemi Rafsanjani lead Iran to fulfill prophecy as the king of the south that provokes a coming prophesied military clash.