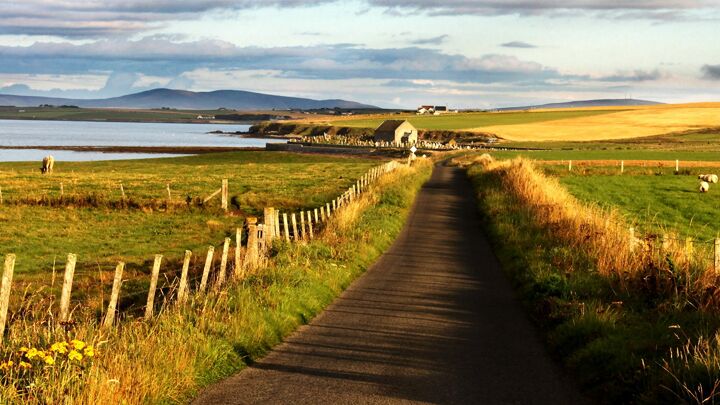 As this issue of the Trumpet has clearly shown, Herbert W. Armstrong was able to see and speak many prophecies because he was willing to submit to the authority of the Bible. We have highlighted only a few of those which concern major events now shaping the future of our existence.

One of the earliest prophecies of which he spoke, however—possibly the first and certainly the most important—has only been touched on in these articles. It is a coming event which will bring the final, peaceful end of all the prophecies spoken of. It is a prophecy which he began teaching back in the 1930s. It is the prophecy of the soon-coming government of God in the wonderful World Tomorrow.

Mr. Armstrong first determined to broadcast “the wonderful news of the World Tomorrow” in 1933. Later he wrote, “All I had in mind, as the World Tomorrow program was being planned late in 1933, was to serve God faithfully wherever He should lead” (Autobiography of Herbert W. Armstrong, Volume 1).

Of that prophecy, he wrote, “You don’t have to believe it! It will happen, regardless. It is sure—the world’s only sure hope. This advance good news of tomorrow is as certain as the rising of tomorrow’s sun. Humanity won’t bring it about—it is going to be done to us. Humanity is going to be forced to be happy—to enjoy world peace—to see universal abundance and joy fill the Earth” (The Wonderful World Tomorrow—What it Will be Like, 1966). This advance good news was prophetic!

The familiar saying that “hindsight is 20/20” shows that it’s easy to see the truth after the fact. That kind of vision, however, is of limited value. What we really need is the ability to know what’s coming before it happens. This issue of the Trumpet has acquainted you with how you can have “20/20” vision of the future.

What we have done for you here is provided a look back at the prophetic knowledge of Herbert W. Armstrong and shown the fulfillment as it is happening, so you—the reader—can plan your future.

Mr. Armstrong wrote, “Winston Churchill declared before the United States Congress: ‘He must indeed have a blind soul who cannot see that some great purpose and design is being worked out here below of which we have the honor to be the faithful servants.’ … It is true, though almost totally unrealized: Mankind was put on this Earth for a purpose! And the Maker of mankind sent along with the human product of His making an Instruction Book to reveal that purpose and to guide man in happily, enjoyably fulfilling it” (The United States and Britain in Prophecy).

Gen. Douglas MacArthur spoke the truth when he said, “Men since the beginning of time have sought peace … military alliances, balances of powers, leagues of nations, all in turn failed, leaving the only path to be by way of the crucible of war. The utter destructiveness of war now blots out this alternative. We have had our last chance. If we will not devise some greater and equitable system, our Armageddon will be at our door. The problem basically is theological and involves a spiritual recrudescence, an improvement of human character that will synchronize with our almost matchless advances in science, art, literature, and all material and cultural developments of the past 2,000 years. It must be of the spirit if we are to save the flesh.”

It’s all about vision. Dutch philosopher Erasmus said, “In the country of the blind, the one-eyed man is king.” He was talking about vision—one man with vision in a land filled with those who refuse to see. Today, very few see the world as a “boiling pot” just about ready to boil over! (Jeremiah 1:13). Yet anyone with “half an eye” should have that discernment.

Herbert W. Armstrong warned of what is just ahead: “In this folly of educated ignorance, it has become fashionable today and intellectually titillating to ignore the great basic cause of all things; the fact of the purpose being worked out here below, and the master plan for its working out; the invisible but Supreme Power now soon to intervene and drastically alter the course of history—before mankind blasts itself out of existence” (The United States and Britain in Prophecy). We have covered some of that news, in prophetic form, in this issue. Only the Trumpet magazine faithfully holds to the course set by God through Herbert W. Armstrong.

As Mr. Armstrong said, the greatest prophecy beyond it all is that mankind will not self-destruct! God is about to intervene to save humanity. That’s the good news! Herbert W. Armstrong saw it well before 1945.

Today, God’s warning message of the coming events, as well as the good news of the wonderful World Tomorrow—the work started through Herbert W. Armstrong—continues to be trumpetedaround the world by this magazine as a witness!

You can escape the horror of the next few years by heeding that witness.

What choice will you make—blindness or vision? Hopefully, we will have the vision to look ahead—accept the revelation and guidance provided in the Bible, and reap the blessings that come with that decision.