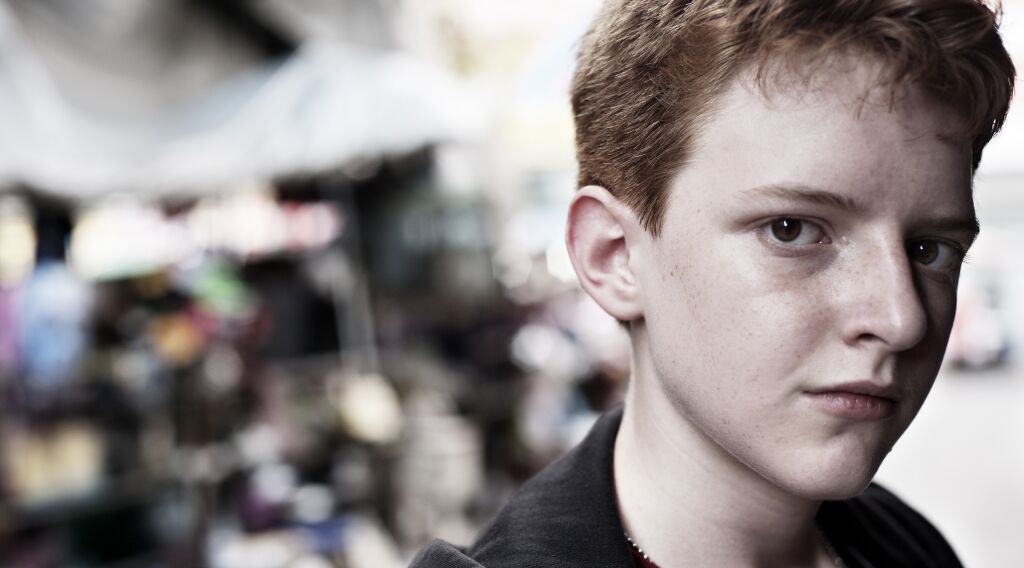 How they are miseducating you about kids killing kids

From the July 1999 Trumpet Print Edition

Who or what is responsible for the frightening increase in youth violence? Video games? Violence on television? Divorce between parents? Music lyrics? Neo-Nazi literature? Poor grades? Being picked on? While these may be contributing factors, they still do not get to the heart of the matter. The cause of increasing violence among teens actually revolves around education.

Consider the social upheaval of the ’60s: hippies, Vietnam protests, marijuana, promiscuous sex, Woodstock, the Beatles. Compared to what we are used to seeing today, those seem downright mild. But in the 1960s, it shocked the older generation. They had never seen anything like it.

It marked the beginning of a revolution—a cultural war waged by the young generation. The fundamental premise of the revolt was simply rebellion—rebellion against traditional standards, against high morals, against virtually any form of authority—especially parents. Back then this rebellious minority was considered a counterculture. It wasn’t necessarily mainstream.

That there are no absolutes—except one. It’s called absolute freedom.

For nearly four decades, educators have taught parents never to spank children—to remove many restrictions and rules since too much control supposedly stifles creativity and destroys self-esteem.

On March 8, for example, abc interviewed a husband-wife family therapist team for its special “Teens—What Makes Them Tick?” On the program, the “highly educated” duo argued for fewer rules in rearing children. “Teens have an allergic reaction to any attempt to control them,” said the husband. The more rules you have, he explained, the worse the child’s behavior.

The problem with that kind of education is that it assumes that man’s nature is essentially good.

In Jeremiah 17:9, God says, “The heart is deceitful above all things, and desperately wicked: who can know it?” The expression “desperately wicked” means “dangerously sick.” In the New Testament, self-righteous Pharisees criticized Jesus Christ for eating with sinners. Jesus rebuked them and then likened sinners to those who are sick, in need of a physician (Matt. 9:10-12). Romans 3:23 states that “all have sinned”—we are all in need of a “physician.” We need help in changing our deceitful, wicked heart to one that is good.

Higher education teaches that human nature is essentially good. The Bible teaches just the opposite! So who is right?

Before answering that, we need just a little more background. God says man’s heart, in its natural state, is essentially evil. Does that mean God created us with a deceitfully wicked heart?

Man was not evil when God created him—only unfinished. The human spirit (or mind) God placed within man needed another Spirit (God’s mind) to be complete. But Adam and Eve rejected God’s mind when they took of the wrong tree. Therefore, God cut off mankind from the tree of life. Ever since, Satan’s influence has held sway over the mind of man.

Now that, in brief, is what God says about the human mind. Man says the opposite. Who is right?

For the answer (if you do not believe God), let’s look at a snapshot of our present world. Two generations have grown up in this permissive age of no spanking and fewer rules. We are actually far enough along in this educational experiment to look at some of the test results. Since 1960, violent crimes have increased 350 percent in America. In the 1990s alone, over 200,000 Americans have been murdered by other Americans.

Among teens, the stats are even more frightening. On that ABC special, where the therapist argued for fewer rules, the host pointed out how teens commit three times as many crimes as adults! When asked to explain this paradox, the therapist duo explained that more rules would only make matters worse. Children must learn to control themselves, he argued.

A little more than a month after that abc special, Eric Harris and Dylan Klebold traipsed through their high school in Colorado, firing semi-automatic rifles and detonating pipe bombs, hooting and laughing as they went. By the end of the suicidal massacre, hundreds of teenagers had witnessed the bloodiest school shooting in America’s history.

All of that, presumably, because the Harris and Klebold families were too strict?

Eric and Dylan were obsessed with death and violence. Over and over, in their homes, they had watched Natural Born Killers. They spent hundreds of hours playing Doom, their favorite blood-and-guts computer game. They had created their own website, which published a message of death, violence and hate. Adolf Hitler was one of their heroes. (They chose his birthday to kill their schoolmates.) They even created a miniature pipe-bomb factory in the Harris’ two-car garage.

These two boys, if the husband-wife tandem is right, were raised in the ideal environment. No spanking. No restrictions. No rules.

And the fruits of that permissive upbringing are now set in stone—gravestones.

Since Columbine, an interesting phenomenon has emerged. All of a sudden, parents are being held responsible for their children! The family of one Columbine victim even filed a $250 million lawsuit against the parents of the two teenage gunmen.

Certainly, parents are to blame for raising their children irresponsibly. But, in a sense, they too are victims. Victims of nearly four decades of higher education—“no spanking, no rules”—absolute freedom. How can parents who have been taught that be held responsible when their children spiral out of control?

I repeat: Irresponsible, overly permissive child-rearing is a major contributor to violent acts among teens. (In fact, the items listed at the beginning of this article all contribute to the problem too.)

But where did irresponsible parents receive their education? From scholars like the ones on that abc special. But no one dares hold them responsible. Just the opposite. We look to those minds, instead of God’s, for guidance—for understanding on how to rear children.

America spends more on education than any other nation in the world. From 1950 to 1990, the U.S. quadrupled its per-student educational spending (even after adjusting for inflation). We have educated minds to produce the most amazing technological wonders.

Yet we have been unable to solve life’s most basic problems, like youth violence. In that way, modern education has failed terribly. It might help students make a living, but it has failed to teach them the most important thing of all—how to live. It’s time for educated scholars to step forward and admit that absolute freedom, without any rules or punishment for bad behavior, is absolutely ridiculous.

But don’t look for that to happen anytime soon.

Modern education assumes that man’s nature, at its core, is essentially good. That’s why it has no answers for such evil acts like the Littleton or Jonesboro shootings.

God, on the other hand, says man’s nature, at its core, is essentially rotten and wicked. That fact, combined with two generations of permissiveness, makes for a scary society. It’s no wonder America is one of the most violent countries in the history of civilization.

You may not be able to change the deadly direction of higher education, but you can change yourself. And that is true education. It’s about changing this carnal, deceitful, wicked nature, which we all have, to one that submits to the absolute rule and authority of God as defined in the Bible.

Your nature, at its core, may not be good, but it can become good. And when it does, through obedience to God and His law, you’ll experience real “freedom”—freedom from sin and all of the misery that accompanies it.

Now that is absolute freedom.