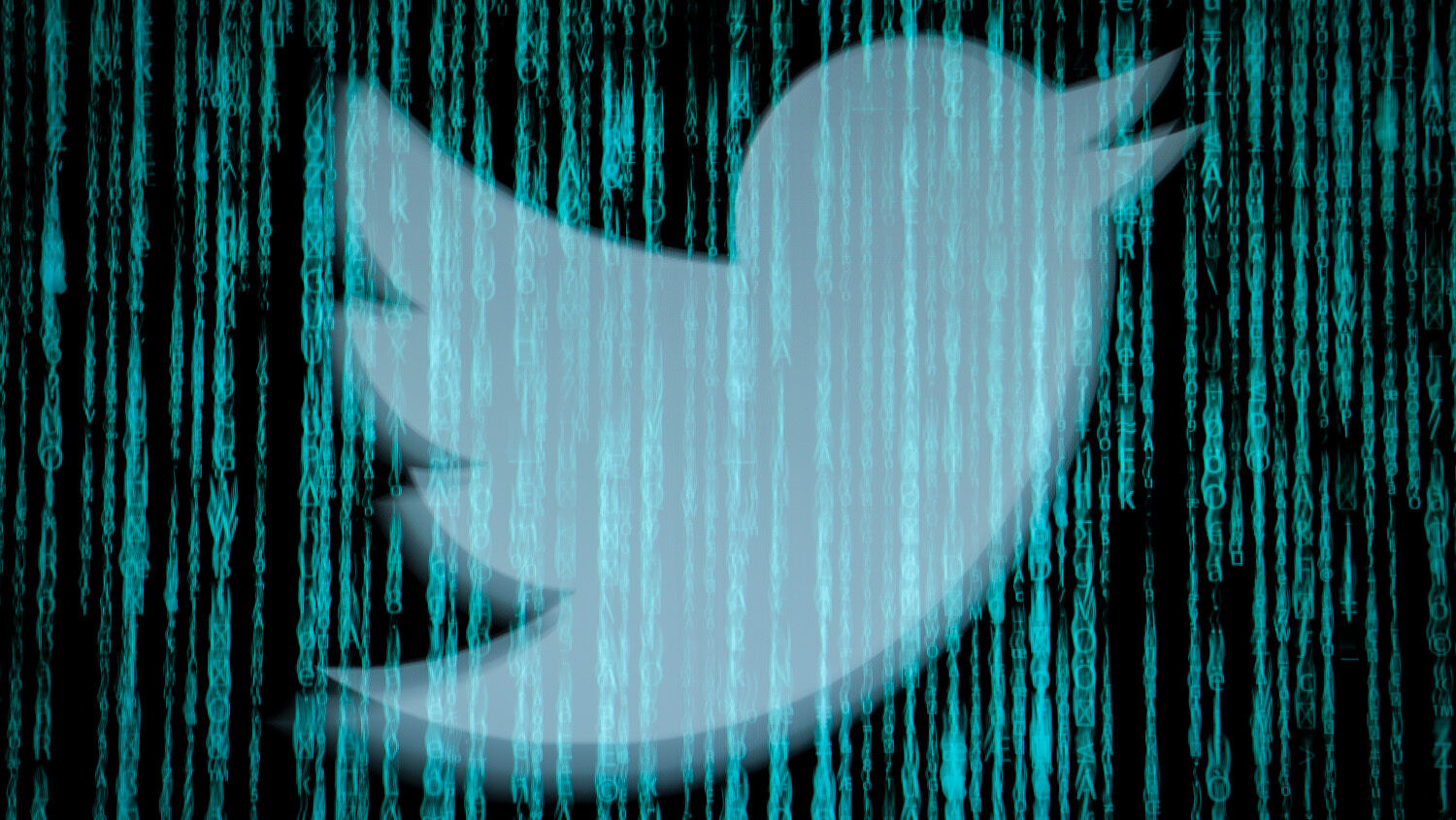 The mastermind behind the public-private consortium censoring free speech in America has been exposed.

More “Twitter Files” are out, and they document how the Department of Justice and its Federal Bureau of Investigation took control of Twitter.

Do you remember what William Barr said after President Donald Trump nominated him as the nation’s top law enforcement officer in 2018? He boldly stated that it was a “dirty trick” by the Clinton campaign to accuse Trump of colluding with Russia in 2016. Many people could see that and were ready for Barr to use the Department of Justice to provide the proof. Barr never did. Radical liberals came roaring back and outright stole the 2020 election. Barr did nothing. Yet somehow the truth keeps coming out, if not from Barr, then—unexpectedly—from a South Africa-born entrepreneur with billions of dollars and an interest in free speech. New Twitter owner Elon Musk and journalist Matt Taibbi have now provided Twitter Files 11.0 and 12.0: “Twitter Let the Intelligence Community In.”

This thread shows how the “dirty trick” of Russian disinformation was used by the Department of Justice to control Twitter.

But it also leaves a lot hidden.

Here is what Twitter Files 11.0 and 12.0 do show: In August 2017, after Facebook suspended 300 accounts with “suspected Russian origin,” Twitter reviewed 2,700 suspected accounts, but found only 191 with links to Russia. However, top Democrat Hillary Clinton, who falsely accused Trump of colluding with Russia and who said the presidential election was stolen from her, was telling the nation, “It’s time for Twitter to stop dragging its heels and live up to the fact that its platform is being used as a tool for cyberwarfare.”

Twitter’s leadership at the time, widely known to be liberal to the point of being Communist, got the message.

Meanwhile, the fbi, which is part of the Department of Justice, was ramping up its “cooperation” with Facebook, Google and Twitter. Its pretext? The threat of Russian disinformation. (This has also been revealed in depositions given by fbi agent Elvis Chan.)

This was happening during the Trump administration and into Barr’s tenure as attorney general. Yet the fbi and other government agencies used their power to oppose Trump.

Why would that be?

Perhaps the best example of this was how the fbi and social media blocked information about Hunter Biden’s laptop. Prior to the 2020 presidential election between Donald Trump and Joe Biden, the debauched and corrupt activities of the Biden family became known after Hunter abandoned a damaged laptop at a repair shop. The repair shop found apparent evidence of criminal activity involving both Hunter Biden and Joe Biden, and took the laptop to the fbi more than a year prior to the election. The fbi at first refused to accept it, then took possession of it 11 months prior to the election—and did nothing with it. Then finally the information was given to the New York Post, which made it available to the world.

Twitter, at this point deeply connected with the fbi, outright blocked the New York Post from its platform completely and blocked all other users from sharing the information for two weeks, not backing down until just four days before the election. As Twitter Files 7.0 showed, the concept of “Russian disinformation” was just an excuse for Twitter executives and fbi agents to try to get Joe Biden elected. So was the statement by 51 spies that the information from the laptop had “all the classic earmarks of a Russian information operation.”

The fbi was at the center of a radical-leftist information operation, a massive, coordinated lie designed for one purpose: Get Donald Trump out of office!

In fact, the fbi’s penetration of Twitter constituted just one part of a much larger intelligence operation—one in which the bureau offshored the machinery it used to interfere in the 2016 election and embedded it within the private sector. The resulting behemoth, still being built today, is a public-private consortium made up of U.S. intelligence agencies, Big Tech companies, civil society institutions and major media organizations that has become the world’s most powerful spy service—one that was powerful enough to disappear the former president of the United States from public life, and that is now powerful enough to do the same or worse to anyone else it chooses.

That is from Lee Smith at Tablet magazine, one of the very few people who understands what is going on and, as I’ll show you, is courageous enough to name names.

Big Government is getting so big that it is controlling Big Tech in order to control everyday Americans. The “deep state,” as many conservatives call it, not only exists, but is rapidly expanding its massive power. The news stories voters were allowed to read during the 2020 election were controlled by agents, bureaucrats and spies from the fbi, Central Intelligence Agency and Cybersecurity Infrastructure Security Agency.

“The Republican attorney general of the United States, William Barr—the ultimate doj insider—knew the fbi was working to fix the 2020 election and did nothing to stop it,” Smith continued in “How the FBI Hacked Twitter.” “His Justice Department had the laptop in its possession, and Barr knew it was authentic. He told reporters this spring that he was ‘shocked’ Biden lied about his son’s computer in the Oct. 22, 2020, debate with Trump. … It seems Barr’s contempt for the president he served blinded him—along with the class of people to which he belongs, Democrats and Republicans alike—to an essential fact: A whole-of-society industry designed to shape elections and censor, propagandize and spy on Americans was never simply a weapon to harm Donald Trump. It was designed to replace the republic.”

That is some amazing analysis! If the American republic were to finish collapsing into tyranny, this is exactly how it would happen.

Smith is among those in this nation who sees that and who will name Bill Barr and others. But he is almost the only one with the courage to trace this fundamental transformation of America back to its perpetrator: Barack Hussein Obama.

For all the revelations that Musk has provided through the “Twitter Files” so far, conspicuous for its absence is any revelation of what happened while Obama was president. Twitter started in 2006. It started becoming popular in 2007, including, notably, among Obama supporters. By 2017, it has become a technology and news behemoth with current government agents advising it, former government agents actually employed in its leadership, government cash helping to fund it, and a clear political agenda being pursued.

What occurred between 2007 and 2017? The Barack Obama presidency!

Almost nobody has the courage to mention this obvious fact. Obama was the first presidential candidate to heavily use social media. He started tweeting when Twitter was a year old and used it in his campaign and his presidency to bypass the press. Trump would later use Twitter heavily as well, but he clearly did not weaponize it to censor conservatives, to censor the truth about the Bidens, or to help throw the 2020 election. The fruits—and the “Twitter Files”—show that it was Obama-aligned agents and executives who won out. The command for “permanently banning this man” that resulted in the permanent ban of Donald Trump from reaching his 89 million followers, and who was the sitting president of the United States, for opposing the unlawful overthrow of his presidency, came from none other than Michelle Obama. And in little more than 24 hours, people in power at Twitter altered their policies and obeyed!

The “Twitter Files” have so far failed to reveal what Obama or even the “deep state” was doing in Silicon Valley before Trump was inaugurated. But Smith highlighted how another leak of the truth, from Edward Snowden, showed that spies at the National Security Agency were mining social media platforms at the beginning of Obama’s second term.

Under President George W. Bush, the nsa was required to stop searching the contact chain of a foreign target when it reached a U.S. citizen. But two years into his presidency, Obama changed that. Obama saw social media as a surveillance tool to spy on American citizens. After Snowden, an nsa contractor, revealed what was going on in 2013, Obama made comments about balancing civil rights and national security, but his presidency went on to wittingly spy on journalists, members of Congress, possibly the Supreme Court and definitely millions of everyday Americans who had committed no crimes.

When Donald Trump unexpectedly won the 2016 election, Obama’s deep state was entrenched enough to survive. As we wrote, even though Trump was president, he was not in charge of the deep state. It turned its espionage partnership with Big Tech into a censorship machine. As Twitter Files 11.0 and 12.0 show, Twitter claimed it censored material at “our sole discretion,” but instructed its teams in writing to remove accounts “identified by the U.S. intelligence community as a state-sponsored entity conducting cyber operations” and accepted requests from the fbi, State Department, Department of Homeland Security, nsa and others, including Democrat Congressman Adam Schiff.

Even as Musk began releasing the “Twitter Files,” deep state insider James Baker was working at Twitter and controlling which files could be released. This lawyer, whom Musk subsequently fired, was the same man who had been Director James Comey’s general counsel at the fbi. He reportedly communicated with reporter David Corn just before the Trump-Russia fake accusation was released in the infamous Steele dossier.

Before Musk took over, Twitter was full of former spies and intelligence agents trying to fundamentally transform America. Was this just a trend in Silicon Valley and Washington that popped up for no real reason, with no real person behind it? Or is this highly coordinated, highly specific sustained transformation powered by the man who said he was “fundamentally transforming the United States of America”?

Smith related how, just weeks after Trump was elected in 2016, Obama pulled Facebook ceo Mark Zuckerberg aside and told him to do more to keep “Russian disinformation” off Facebook. You can be sure that Obama has been pulling aside and using his pen and his phone to manipulate a lot of other powerful people.

The “Twitter Files” prove that coordination between Big Tech and a vast web of government agencies went far beyond the fbi. A massive network of deep state agencies controls America’s flow of information and, therefore, controls Americans. And at the center of it is Barack Obama.

After Obama was reelected president in 2012, my father wrote a startling booklet titled America Under Attack. He has recently updated and greatly expanded that book, and is in the process of expanding it even further as more comes to light, not only from journalists, but also from Bible prophecy. This book shows that Obama is an end-time type of King Antiochus Epiphanes. Like Antiochus, Obama obtained power through lies, betrayed the people he ruled, and is attacking not only the well-being but the very principles, faith and truth that America was blessed with. Through a devilish combination of subterfuge and brute force, this man is leading the attempt to blot out America.

People are beginning to wake up and ask questions. But even as America’s terminal sickness is becoming more fully exposed, they do not have answers! It is a bold claim to make, but those answers are only in America Under Attack.