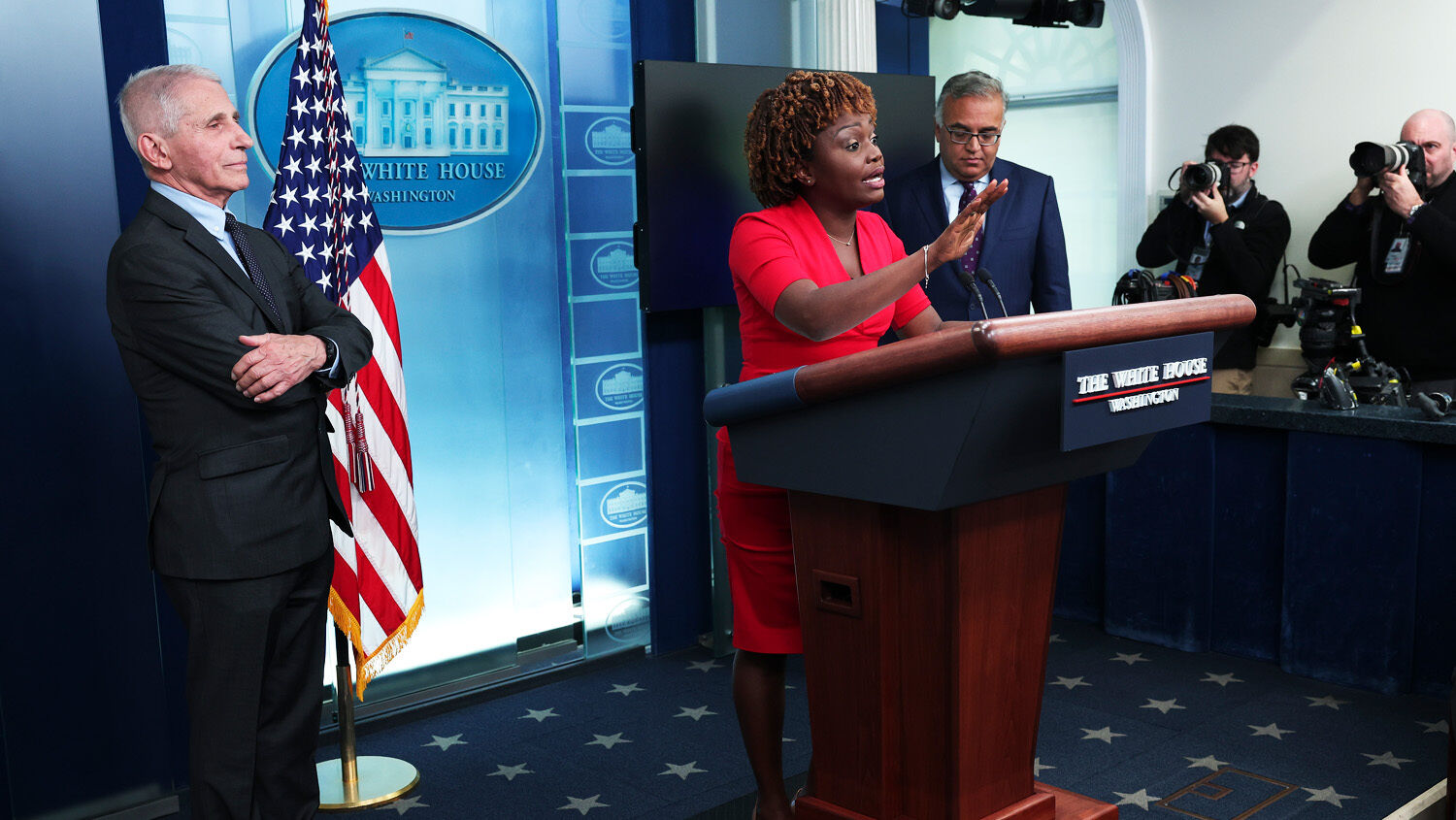 The White House is still promoting the covid vaccine, even as alarming details emerge about its dangerous effects. Data released by the Centers for Disease Control and Prevention on November 18 shows that 1,457,996 people have experienced an “adverse event” after getting their jab. These “events” include birth defects (1,185 cases), permanent disabilities (60,247 cases), hospitalizations (118,445 cases), and deaths (32,295 cases). Yet such statistics do not concern Joe Biden’s chief covid-19 adviser, Dr. Anthony Fauci, who again urged Americans to get vaccinated as he prepared to retire from government.

“My message and maybe the final message I give you from this podium, is that please, for your own safety, for that of your family, get your updated covid-19 shot as soon as you’re eligible, to protect yourself, your family and your community,” he said during his last public briefing as White House chief medical adviser. “When we’re gathering at a family gathering for Thanksgiving or for Christmas, or for any other holiday as we get into the winter, it makes sense that you might want to get a test that day before you come into a place in which you might be infected and spread it ….”

Yet the Biden administration had to work harder than usual during Dr. Fauci’s briefing to cover up covid-19’s true origin.

When Daily Caller White House correspondent Diana Glebova attempted to ask Dr. Fauci a question about whether or not it was appropriate from him to fund EcoHealth Alliance, which used its money for gain-of-function research in China, White House Press Secretary Karine Jean-Pierre stepped in to shut down the question. Other journalists, such as Today News Africa correspondent Simon Ateba, spoke up and said Glebova’s question was valid and should be asked, but Jean-Pierre accused him of being disrespectful and moved on to softball questions from more regime-friendly journalists.

It is clear that neither the White House nor Dr. Fauci are going to answer questions about United States involvement in Chinese gain-of-function research. This is undoubtedly because of e-mail revelations showing that Dr. Fauci knew about the Wuhan lab’s dangerous experiments two years ago and yet publicly denied the possibility that the outbreak began at that lab. He and the regime media portrayed people asking about the lab leak possibility as crackpot conspiracy theorists.

The National Institutes of Health archives show that the U.S. government funneled more than $826,000 to the Wuhan Institute of Virology. The institute, controlled by the Chinese Communist Party, used this money to make coronaviruses more deadly. Dr. Fauci and Dr. Collins knew all about this research, but they still worked to silence dissenting voices from scientists suggesting that covid-19 originated in a lab and that lockdowns do not work. They won’t answer questions about this scandal, and it seems like their only real concern right now is making sure Pfizer and Moderna sell more untested vaccines. (This despite the fact that experts like Dr. Robert Malone believe these vaccines may have caused an unexplained death spike in the U.S.)

A new documentary, Died Suddenly, directed by Matthew Skow and Nicholas Stumphauzer, came out last week. It provides further proof that hundreds of thousands have died from adverse reactions to covid-19 vaccines. But the regime media is trying to suppress it because every major media outlet in the United States, with the exception of cbs, shares at least one member of its board of directors with a major drug company. You can’t expect unbiased reporting when your evening news is brought to you by Pfizer. Both Dr. Fauci and Dr. Collins receive massive royalty payments from pharmaceutical companies, so they also have a vested interest in covering up the truth about covid’s origins and vaccine side effects.

Shortly after the covid-19 pandemic started, I wrote an article titled “The Cure Is Killing Us,” warning that the government’s draconian response to the virus was coming at incalculable cost to our economies, our civil liberties, our social cohesion, even mental and physical health. “In many ways it appears the ramifications of the reaction to the coronavirus will dwarf and far outlive the virus itself,” I wrote in the May-June 2020 Philadelphia Trumpet. “Is it a coincidence that these dire predictions have major political ramifications? Is it a coincidence that the solutions demanded by the press and the political left are massive socialistic interventions? Is it coincidence that disobeying covid-19 guidelines feels like the new racism, and that governments are encouraging people to report their neighbors for such ‘crimes’ as taking a walk? Is the coronavirus reaction interrupting the radical leftist agenda, or is it part of it?”

Now we can clearly see that the coronavirus reaction was part of the radical left’s agenda. The government’s reaction to the pandemic caused by Dr. Fauci’s collaboration with Chinese scientists crashed the economy, caused gross domestic product to fall by the biggest percentage since the Great Depression, pushed 22 million people into unemployment, and increased the national debt by nearly $10 trillion. It also caused school closures, anxiety, obesity, alcoholism, crime, drug overdoses and suicide, and it gave radicals a means of stealing the 2020 election with fraudulent mail-in ballots.

In fact, it is probably no exaggeration to say that Biden would not be advancing the radical agenda from the White House today if it were not for the lengths that Dr. Fauci went in covering up the true origins of covid-19.

The appendix titled “Was the Coronavirus Crisis Engineered?” in my father’s book America Under Attack notes how Barack Obama’s science czar, Dr. John Holdren, bragged to Nature magazine about all the gain-of-function research and gene-editing the Obama administration was doing in Communist China. Anyone who knows biology knows that researching “gain of function” is a euphemism for researching bioweapons. The Obama administration helped Chinese officials create a virus used to weaken America internationally and empower the radical left domestically.

The pandemic has exposed America’s “deep state” like few things ever have. This network is rotten to its core. Notice how Isaiah described end-time America: “Ah sinful nation, a people laden with iniquity, a seed of evildoers, children that are corrupters: they have forsaken the Lord, they have provoked the Holy One of Israel unto anger, they are gone away backward. Why should ye be stricken any more? ye will revolt more and more: the whole head is sick, and the whole heart faint. From the sole of the foot even unto the head there is no soundness in it; but wounds, and bruises, and putrifying sores: they have not been closed, neither bound up, neither mollified with ointment” (Isaiah 1:4-6).

Slowly but surely, God is exposing America’s government as rotten from head to foot! So now it is incumbent on all decent people to concentrate on repenting of our sins, national and individual—sins that have allowed such evil to infect our nation.