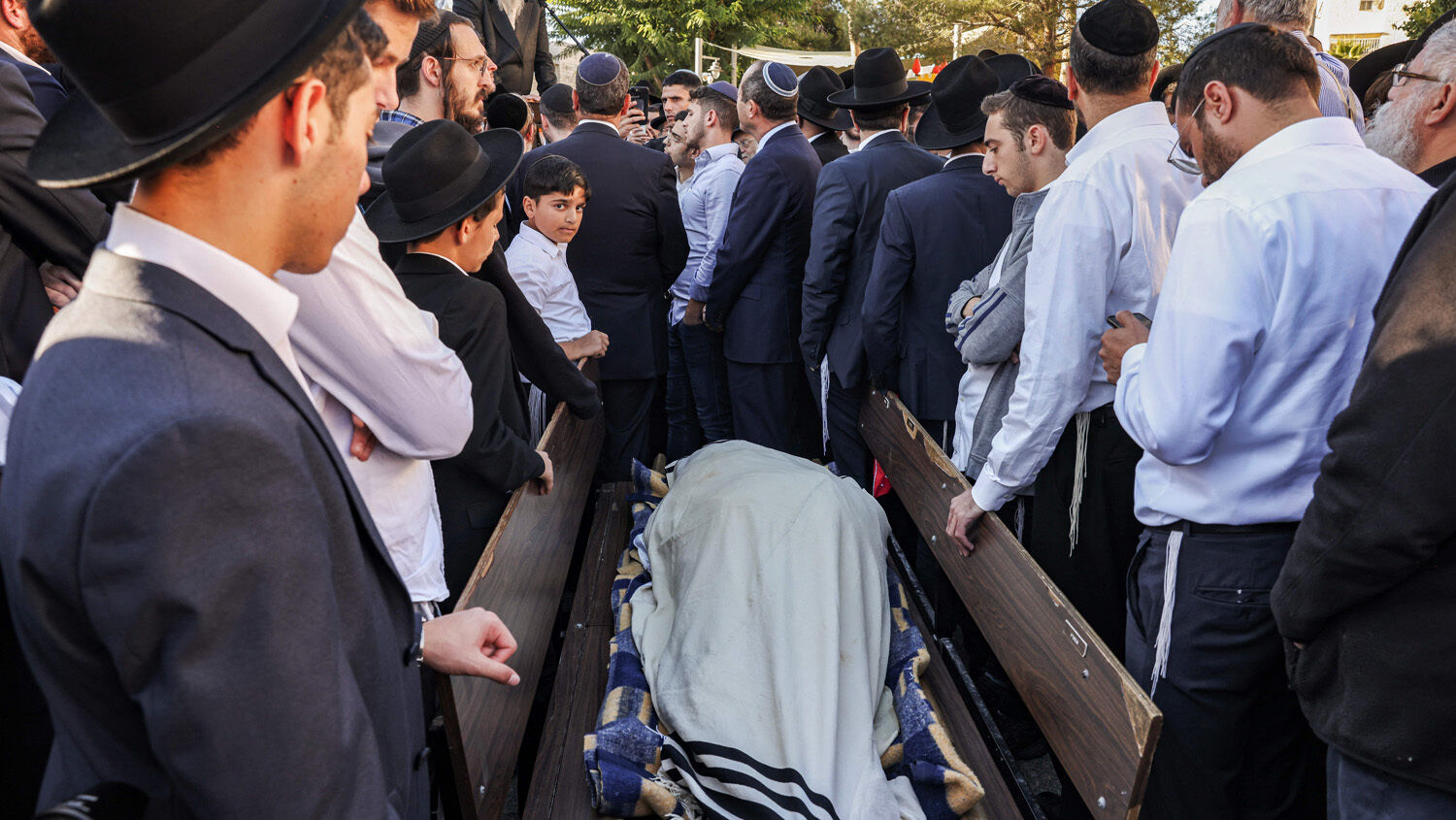 Ultra-Orthodox Jewish mourners gather by the body of Aryeh Shchoupik, 16, an Israeli-Canadian killed in an attack on a bus stop in Jerusalem, during his funeral on November 23.
MENAHEM KAHANA/AFP via Getty Images

A teen has been killed and 19 injured in a pair of terrorist attacks in Jerusalem this morning, focusing on busy transport hubs during rush hour.

A bomb left in Jerusalem’s central bus station ripped holes in one of the waiting buses. A few minutes later, another bomb exploded near the Ramot Intersection in northern Jerusalem. Police are treating it as a coordinated attack. Both bombs were packed with nails.

CCTV captured the moment of the explosion that killed an Israeli teenager at the entrance to Jerusalem this morning. pic.twitter.com/zXnN7KiIkf

Two of the injured are in a critical condition. Another two are serious.

The Jerusalem Post noted that this came after a series of attacks:

In recent months, Israel has been experiencing a wave of terrorism although the attacks until now have mostly been in the West Bank and were carried out by Palestinians using either assault rifles or knives. Last week, three Israelis were killed in a stabbing rampage at the entrance to the settlement of Ariel in the Shomron region of the West Bank.

Last week a car exploded close to an idf [Israel Defense Forces] post near the settlement of Mevo Dotan in the West Bank. The car, which had three gas cylinders and wires, is believed to have exploded in a botched car bombing.

The Trumpet said: In his book The Eternal Has Chosen Jerusalem, Trumpet editor in chief Gerald Flurry wrote:

To this day, this city is at the heart of the world’s thorniest political and diplomatic dilemma. It is a hot spot for devastating news caused by religious and political resentments, terrorist attacks and other violence. It is a powder keg charged with nuclear potential! No other city is so fraught with international tension.

Bible prophecy shows that events in this city will trigger a nuclear World War iii! That alone is a vital reason to closely watch Jerusalem.

God’s eyes are fixed on Jerusalem—and ours should be too! Jesus Christ Himself instructs us to keep our eyes on this city to observe the signs pointing to the climactic event of all human history: His Second Coming!

Read that book to understand why Jerusalem has such a turbulent past and present, as well as a hope-filled future.