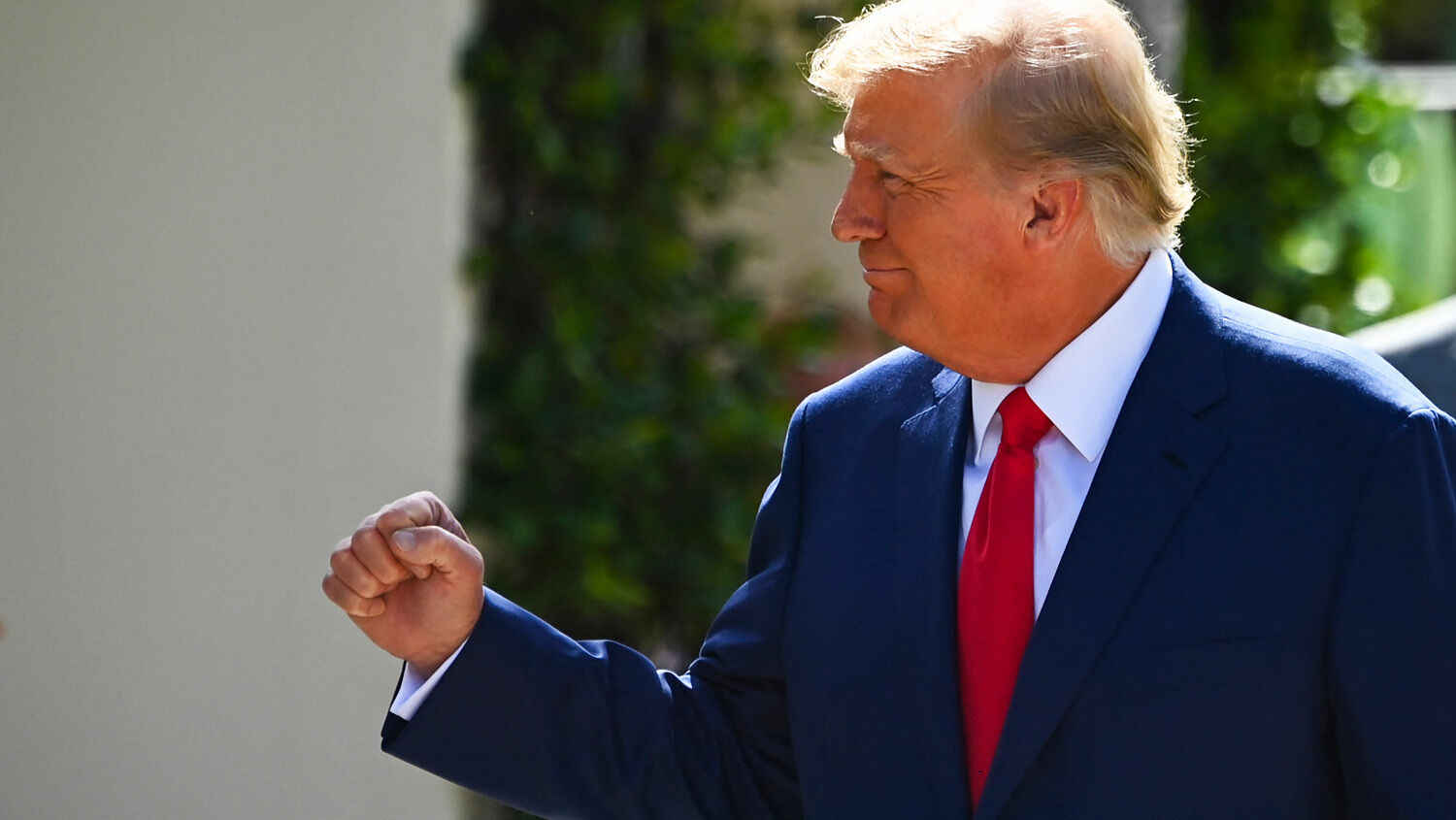 Before, during and after his presidency, Democrats and others said he was finished. Prophecy shows he is just getting started.

Donald Trump has officially announced his candidacy. This was expected, as was the billowing Trump-bashing from radical liberals in both parties. National Public Radio editors, for example, were at the ready with their lengthy, self-asserting headline: “Donald Trump, Who Tried to Overthrow the Results of the 2020 Presidential Election and Inspired a Deadly Riot at the Capitol in a Desperate Attempt to Keep Himself in Power, Announced He Is Running Again for President in 2024.”

To the song “God Bless the U.S.A.,” along with chants and cheers at his Mar-a-Lago resort in Florida on Tuesday, Trump entered and delivered an hourlong speech that started his campaign “about issues, vision and success.” He laid out a “platform of national greatness.”

Is this just another list of campaign promises? Is this a desperate attempt to avoid prosecution? The npr-style leftists—who are demanding prosecution even more now that Donald Trump could return to the White House—would have you think that. Most importantly, what is the real reason Mr. Trump just won’t go away? And will he succeed?

Democrats and never-Trump “Republicans in name only” are portraying Trump’s third presidential campaign (he also ran in 2020 and, famously, in 2016) as something that will not only fail but cause the entire Republican Party to fail. But what do everyday Americans think about Trump’s “national greatness” policies? According to Civiqs, for every registered Republican voter who has an unfavorable view of Donald Trump, eight have a favorable view.

One top conservative is arguing that a 2024 Trump-DeSantis ticket would crush Democrats for years to come. So of course the corporate media is doing everything it can to pick a fight between the two. But whether Trump and DeSantis team up or not, this much is certain: Even after two manipulated elections, the make America great again movement is still going strong. Even the official vote counts reflect that Republicans won the midterm popular vote by 6 million.

Trump’s chances of regaining office are really good if his party can find a way to ensure a free and fair election. This fact has liberals very concerned. Democrat David Cicilline is circulating a letter to fellow Democrats, rounding up support for legislation to bar Trump from office under the 14th Amendment. That doesn’t sound like a man who thinks Trump is the Republican Party’s biggest loser to me. That sounds like a man who is terrified that the American people might elect Trump again. And some far more powerful forces are also worried about what he will do and what he might expose.

Trump acknowledged, “We will be resisted by the combined forces of the establishment, the media, the special interest, the globalists, the Marxist, radicals, the woke corporations, the weaponized power of the federal government, the colossal political machines, the tidal wave of dark money and the most dangerous domestic censorship system ever created by man or woman” and said his movement is heading into a “very incredible but dangerous journey.”

The economy is a high-priority issue in any election, and the radical Democrats are undeniably responsible for runaway inflation, high energy prices and the ongoing economic implosion. Even when the economy, foreign policy and culture war have been nowhere near as bad, the party in opposition historically makes significant wins in midterm elections. Why didn’t that happen this time?

Author Blaine Pardoe concludes that Americans haven’t suffered enough. “Efforts to lay the blame at the doorstop of Donald Trump is pointless and a wasted exercise,” he wrote. “Pointing to abortion as a key issue deflects from the real issue at hand. The cause of the election loss is relatively simple—Americans have not suffered enough pain with this economy—yet. … Realistically, 2022 wasn’t the year when the real economic pain existed. Sadly, that suffering and pain is looming for many Americans. Once that happens, voters will respond with their votes in proportion to the losses in their wallets. While 2022 was the start of the change, the real impacts will emerge in the 2024 election cycle.”

President Trump said something similar in his speech: “[T]he citizens of our country have not yet realized the full extent and gravity of the pain our nation is going through, and the total effect of the suffering is just starting to take hold. They don’t quite feel it yet, but they will very soon. I have no doubt that by 2024 it will sadly be much worse and they will see much more clearly what happened and what is happening to our country ….

The history recorded in 2 Kings 14:26-27 is also a prophecy that the modern descendants of ancient Israel (primarily the United States and Britain) will be bitterly afflicted with no helper. Four-decade high inflation rates are causing suffering, but it’s not enough. It may take more months of more severe bitterness before Americans take action against the Biden regime and the Republican voter turnout exceeds the Democrats’ margin of cheating.

The Ferrar-Fenton translation of the Bible renders 2 Kings 14:26, “For the Ever-living pitied the immeasurable miseries of Israel both without and within, when there was no ease for Israel.” Such “immeasurable miseries” certainly indicate an economic malaise as bad as the Great Recession of 2008, if not as bad as the Great Depression of 1929. Donald Trump certainly thinks the economy is going to get much worse between now and 2024. America really has no helper.

“With no helper for Israel, many terrible things are going to occur,” my father, Trumpet editor in chief Gerald Flurry, writes in his crucial book America Under Attack. “Already other nations are betraying America, as well as its brother nations Britain and Israel. Iran is developing nuclear weapons. It is seeking ways to humiliate the United States. China is becoming more belligerent. It is targeting U.S. allies like Australia, Hong Kong and Taiwan while drawing closer to America’s enemies—holding drills with Iran and backing Cuba. Europe is increasingly determined to become more independent from America and is expanding trade with China. Germany has pursued alignment with Russia through the Nord Stream 2 pipeline and other means. As God prophesied, our national ‘lovers’ are going to betray us and besiege us (Ezekiel 23).”

The nation’s only hope—even for a respite—is the make America great again movement. God is going to do this through Donald Trump being in power, as we have stated consistently since before the 2020 election was overthrown. We obviously do not know precisely how this will unfold, but you can be sure that Trump just won’t go away until he has fulfilled the role God is using him to fulfill. In the nearer term, expect more bitter affliction.