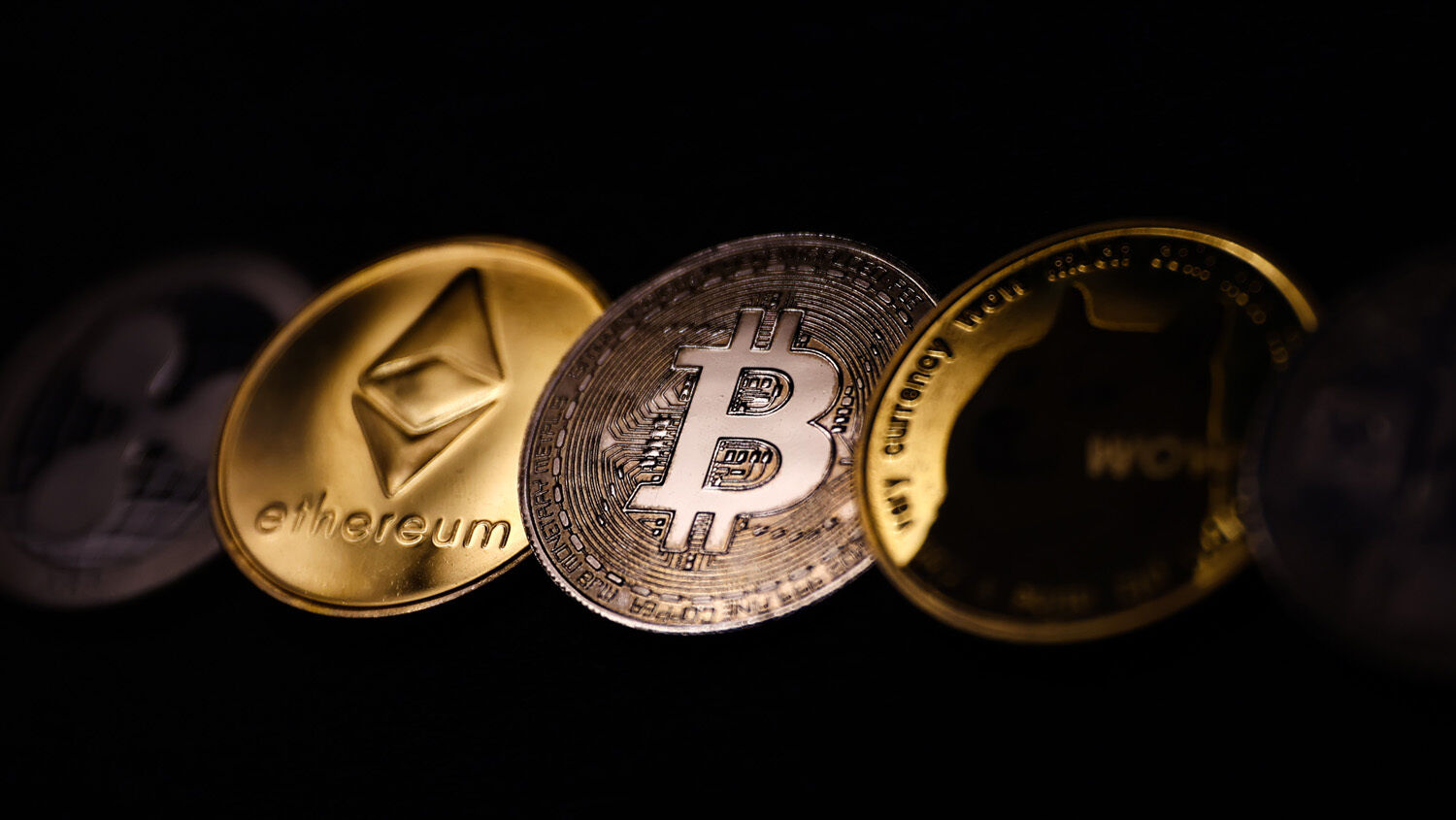 Last week ftx, the second-largest crypto-exchange, ran out of cash. It is the biggest cryptocurrency disaster yet. Investors wanted to know what they did wrong. Now we have the answer: almost everything.

The result is a scandal so big it goes far beyond those just interested in bitcoin. It links to corruption at the highest levels and may have even played a major role in the United States midterm elections. The media, financial authorities and the Democratic Party are all implicated.

ftx allowed people to easily trade cryptocurrency. Set up an account, and you could buy, sell and save bitcoin or any number of a wide range of new types of electronic money that have sprung up in recent years.

But ftx wasn’t just going to help you get rich. It was going to save the world. Its founder, Sam Bankman-Fried, was saint and banker—hailed as a “future trillionaire,” a “savior” and “the world’s most generous billionaire.” He partnered with the World Economic Forum, spoke at Davos, and visited the White House.

Sam Bankman-Fried, or sbf as he is known, preached the gospel of earning to give, or effective altruism. Yes, he wanted to get rich—but only so he could give it all away.

But what did he do to get rich? And whom did he send the money to?

Last week, a competitor put out the rumor that ftx didn’t have the cash to cover all the assets it claimed to have in its accounts. People worried and started to pull their money out. The rumor was right.

ftx claimed it was a “liquidity crisis” and that they could get the cash to pay everyone back; they just didn’t have it immediately. That was wrong. No one knows where the money is.

ftx’s balance sheet—the listing of all its debts and assets—was published online over the weekend. Bloomberg’s Matt Levine described it as “an Excel file full of the howling of ghosts and the shrieking of tortured souls. If you look too long at that spreadsheet, you will go insane.”

ftx promised that whatever digital money you put into your ftx account was yours—they would not touch it. Their terms of service stated explicitly that “title to your digital assets shall at all times remain with you.” Instead, they helped themselves. These were the liabilities on their balance sheet.

But what about their assets? If they took their customers’ money and bought something, then that “something” should show up on the balance sheet. They should have assets they can point to. If they used all that cash to purchase fancy cars, there should at least be a garage full of Aston Martins.

Instead, ftx’s assets were essentially ftx loyalty points. They made up their own currencies. They could print as much of them as they liked. And then they swapped their made-up money with the content of everyone’s accounts.

You can tell Levine is exhausting the full reaches of the English language as he tries to describe how insane this is. If ftx asset’s were “consisting entirely of some magic beans that you bought in the market for $16 billion” that would be “[v]ery bad.” But what ftx had was worse: “assets consisting mostly of some magic beans that you invented yourself and acquired for zero dollars.”

“What?” writes Levine (emphasis his). “Never mind the valuation of the beans; where did the money go? What happened to the $16 billion? … ftx shot its customer money into some still-unexplained reaches of the astral plane ….”

When ftx went under, it brought down another firm named Alameda Research. In theory, Alameda was a completely separate company—that just happened to also have been founded by Bankman-Fried. ftx allowed other people to buy and sell crypto. Alameda was a crypto investor. And the two worked together in ways that are very probably very illegal.

The Wall Street Journal reported on insider trading going on between the two. As ftx would work to bring a new product to its platform, Alameda would buy it up. Once that product launched on ftx, its price would soar and Alameda would make a nice profit.

In April, Bloomberg’s Odd Lots podcast asked Bankman-Fried to explain how ftx made money through “yield farming.” The answer he gave was almost a textbook definition of a Ponzi scheme.

So, if they were helping themselves to other people’s money and cheating to get more—where’s the cash?

Show Me the Money

The mostly likely explanation is that Alameda lost at least part of it.

A lot of cypto investors got into trouble this year. ftx insiders report that the company was quietly sending billions Alameda’s way. They even said that ftx set up back doors in the system so they could keep these transfers hidden from those not in the know.

Perhaps Alameda lost the money, wasting it on risky crypto investments. This was money that came from nothing just a few years ago—so it’s unsurprising to see it disappear back to nothing.

But something else also could have played a role: effective altruism. Levine also speculates that Bankman-Fried may have simply donated his customers’ money away.

To whom? Bankman-Fried has a history of giving money to Democrats.

He was the number two donor to the Democratic Party during the midterm election, behind George Soros. Most of Soros’s money went to pacs that won’t actually spend the money until the presidential elections in 2024. With his $36 million in donations, Bankman-Fried actually spent more on the Democrats’ midterm efforts than anyone else. In 2020, he donated $5.2 million to Joe Biden, becoming his second-largest donor after Michael Bloomberg.

This is no paranoid conspiracy theory. The Financial Times—far from a right-wing blog—published an article titled “Sam Bankman-Fried’s Fall Cuts Off Big Source of Funds for U.S. Democrats.” In it, they wrote: “Sam Bankman-Fried stormed on to the U.S. political scene with multimillion-dollar donations that led lawmakers, particularly Democrats, to believe he was ushering in the next generation of donors.” He said he was just getting started—talking of donating $1 billion in 2024, though he later backed off that lavish promise.

Even his nightmare of a balance sheet made his political leanings clear: $7 million in spending was mysteriously marked “trumplose.”

Raising money for Democrats is practically the family business. Bankman-Fried’s mother runs the “Mind the Gap” pac. Vice called it “the secretive Silicon Valley group that has funneled over $20 million to Democrats.” Bankman-Fried’s brother used to advise wealthy donors on how to give to the Democrats—and he now runs another sbf-funded outfit focused on pandemic preparedness.

Bankman-Fried’s motivations were not purely ideological. He also donated to people from important financial committees in order to shield himself from investigation from authorities. He even sent $155,000 the Republicans’ way, donating to the head of the Senate Agriculture Committee—who happens to oversee cryptocurrency regulation. His girlfriend, Caroline Ellison, is ceo of Alameda. Her dad is head of economics at mit. He is close to many of the key bureaucrats in charge of financial regulation.

Some in the media have pointed out that ftx co-ceo Ryan Salame gave $23.6 million to Republicans. However, he generally focused on left-leaning figures; $13.4 million of his spending was in the name of “Pandemic Preparedness.”

What to make of all this? At best, Samuel Bankman-Fried and Alameda are a symptom of widespread Washington corruption. The rule of law has gone. Supporting the correct side is all that matters.

Bankman-Fried and friends had no noticeable talents or experience. They had access to the money and contacts necessary to start billion-dollar businesses purely because of who their parents were and the expensive university they had attended. His girlfriend boasted that she doesn’t use much math or receive much out of her university education—except for the contacts she made.

They believed they could get away with all kinds of fraud because they backed the Democrats. The media would give them glowing write-ups. The Security and Exchange Committee would look the other way. They had nothing to fear from Congress, the Senate, the Department of Justice or the fbi.

And this plan is still working. On November 14, the New York Times published a puff piece on Bankman-Fried, where they somehow managed to avoid mentioning all the most interesting and newsworthy parts of the story. Gizmodo wrote, “It reads like if the Times had conducted an interview with Bernie Madoff after his Ponzi scheme collapsed and ultimately suggested he just made some bad investments.”

Even now, with everything that Bankman-Fried has touched exploding, he might just get away with it. He’s in The Bahamas , where the police have interviewed him instead of arresting him. So far, U.S. authorities have discussed bringing him to the U.S. for questioning—rather than extradition.

Perhaps that’s the cleverest thing Bankman-Fried had figured out: Support the right people, and you can do whatever you want.

But this still leaves the question unanswered, where is the missing money?

Here at the Trumpet, the Bible is our guide for watching the U.S. election and all other news items.

One of the core passages guiding our analysis right now comes from the book of Amos, which is an end-time book for the people descended from ancient Israel, most notably America. The Anchor Bible Dictionary states, “Amos decried the social injustice, the oppression of the poor, and the lack of any moral or ethical values on the part of the rich and powerful. According to Amos, the spokesman of [God], Israel was a violent, oppressive and exploitative society. The poor had to sell themselves into slavery to pay off trivial debts (Amos 2:6; 8:6). The rich falsified weights and measures (Amos 8:5) and traded dishonestly (Amos 8:6). Even the courts, the last bastion of hope for the poor, were corrupt. Judges were bribed to cheat the poor out of what little they had (Amos 2:7; 5:10, 12). In fact, Israel was no longer capable of acting with justice (Amos 3:10; cf. 5:7, 24; 6:12). Truth and honesty were now hated (Amos 5:10).”

The wealthy are “falsifying the balances by deceit.” Change that to “balance sheet,” and you have ftx.

We tend to focus on the prophecies of lawlessness and political turmoil. But these prophecies are accompanied by forecasts of rampant corruption. We are seeing the results before our eyes. If the law is not enforced, people will cheat to grow rich. They can cheat at the ballot box, and they can cheat in business.

But the story of ftx’s corruption could go still deeper.

With such a strong background in murky democratic financing and items like “trumplose” on its balance sheet, ftx could be a major player in Washington, D.C.’s corruption. Billions are missing. What Bankman-Fried donated is merely a tiny fraction of that. If you are going to cheat in an election, engaging in practices like ballot harvesting or worse, you’ll need access to off-the-books cash. A dodgy cryptocurrency enterprise could be a great way to generate or hide it.

The evidence that ftx was involved at that kind of level hasn’t yet been uncovered. But it is plausible. Certainly, the way the left-wing media has swooned over Bankman-Fried, is reason enough for suspicion.

There is a lot corruption going on at all levels of business and government—and some of that is about to be exposed. The Bible has already revealed a lot of what is happening, and the physical evidence will soon follow.

You can learn more about what has been happening from Trumpet editor in chief Gerald Flurry’s free book America Under Attack.