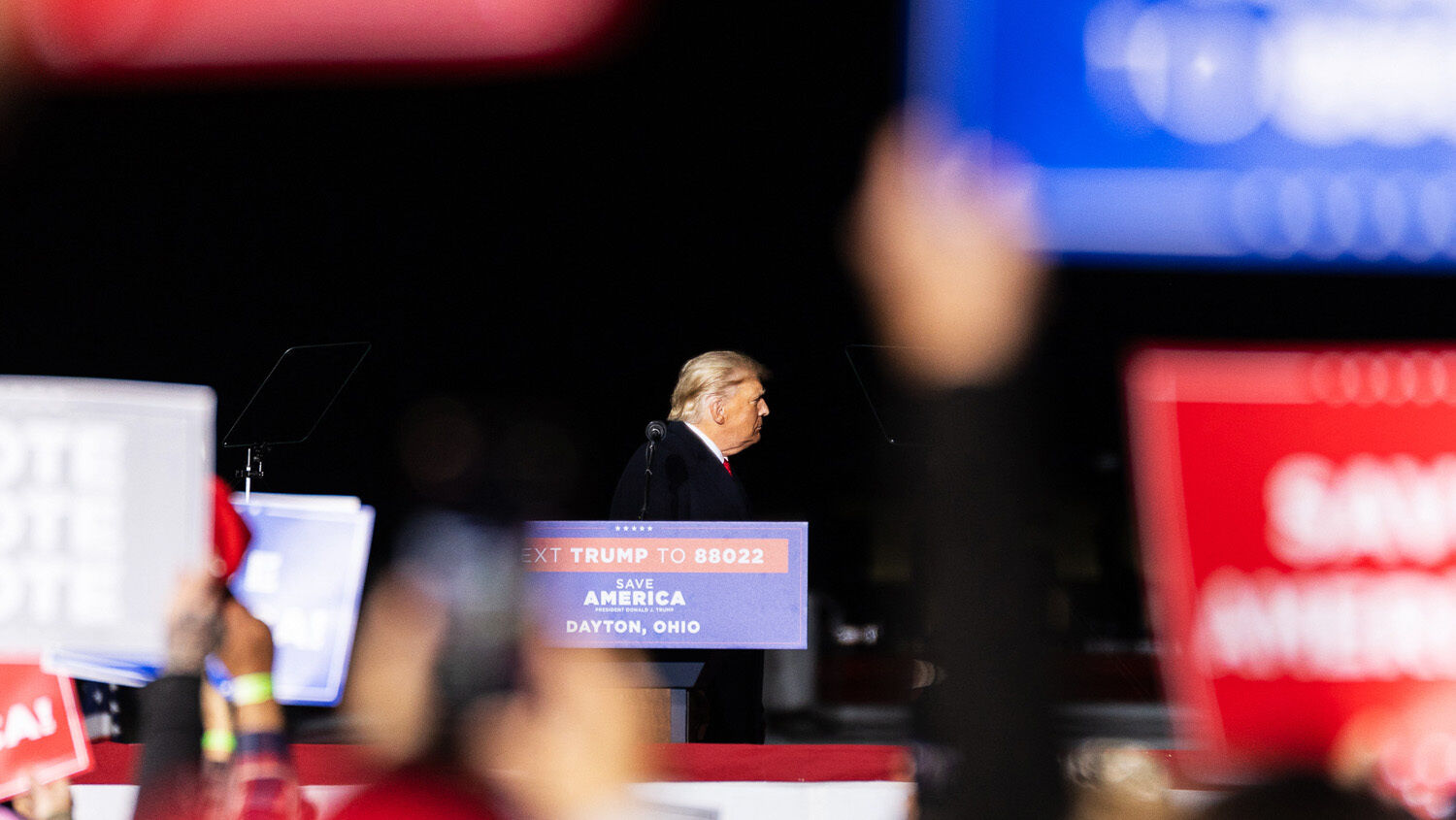 The real battle is not Democrats versus Republicans. It is the ‘moderate’ uniparty versus Donald Trump.

The Republican Party has already lost the Senate and will probably win the House of Representatives only by a razor-thin margin. It failed to make major gains in governorships. Before Election Day, the narrative for Democrats was dire. Historically, the party that opposes the president usually wins a wave of victories during midterm elections. And the United States economy, not to mention its culture and foreign affairs, is historically bad.

Yet after a gust of campaigning by Barack Obama before the election and several days of slow-count voter fraud afterward, the much-anticipated “red wave” turned out to be a ripple. Republicans then had a choice: Focus on election integrity, as some few have, or join the many who say that now is time to dump Donald Trump.

The biggest takeaway from the midterm elections is probably that the real battle was not Democrats versus Republicans, but rather “Republicans in name only” versus Donald Trump.

American media mogul Rupert Murdoch is doubling down on the narrative that Republican losses are Trump’s fault and that the party needs a new leader. Since Murdoch owns the New York Post, Wall Street Journal and Fox News, his opinion matters. The New York Post is reporting that “Trumpty Dumpty” couldn’t build a wall, so he had a great fall. The Wall Street Journal is reporting that “Trump Is the Republican Party’s Biggest Loser.” Fox News still conspicuously refuses to cover stories about voter fraud.

Virginia Governor Glenn Youngkin was elected after he positioned himself as an ally to Donald Trump. But he turned against Trump’s “Make America Great Again” movement after House Speaker Nancy Pelosi’s husband was attacked. Like many other Republicans who loved riding the Trump tide in pursuit of their political aims, Youngkin is now using “the end of Trump” narrative in pursuit of his political aims.

It is becoming crystal-clear where everyone stands.

Trump wasn’t even on the ballot this year, but he was the only big-name Republican campaigning. You didn’t see McConnell or Youngkin holding rallies. They were content to kick back and let Trump do all the work in hope that they could blame him for losses they did nothing to prevent. Moderate Republicans are not so different from moderate Democrats, and members of this globalist uniparty care less about whether Democrats or rinos win elections than they do about defeating maga people.

The world’s sixth-most populous nation, Brazil, counts all its votes on election night. Populous states like Florida and Texas count their votes in short order. But it takes Arizona and other swing states more than a week to decide who won the House of Representatives. Does anyone see anything wrong with this picture? None of Rupert Murdoch’s media outlets are complaining, because they want maga Republicans to lose. But figures like Selwyn Duke and Victor Davis Hanson understand that the uniparty is stealing elections.

“During the covid-19 lockdowns, American elections radically changed to mail-in and early voting,” Hanson noted for RealClearPolitics. “They did so in a wild variety of state-by-state ways. … Election Night also no longer exists. Returns are not counted for days. It is intolerable for a modern democracy to wait and wait for all sorts of different ballots both cast and counted under radically different and sometimes dubious conditions. The Democrats—with overwhelming media and money advantages—have mastered these arts of massive and unprecedented early, mail-in, and absentee voting. Old-fashioned Republicans count on riling up their voters to show up on Election Day. But it is far easier to finesse and control the mail-in ballots than to ‘get out the vote.’”

It isn’t necessarily shocking that Democrats are involved in slow-count vote-fraud, but it is shocking that Never-Trump rino Republicans have no desire to expose it! Their hatred for Donald Trump and maga Republicans exceeds their desire for free and fair elections.

Manipulating elections kills democracy. Yet those in America’s political class, including many Republicans, are betraying their own supporters in return for status-quo prestige, money and power.

2 Kings 14:26-28 prophesied that end-time Israel (America and Britain primarily) would be bitterly afflicted with no helper. Therefore, God has to raise up an end-time corollary to King Jeroboam ii to save them. For more than six years, my father, Trumpet editor in chief Gerald Flurry, has taught that this end-time Jeroboam figure is Donald Trump. The midterm elections show us just how bitterly America is being afflicted and just how little help Trump has. Barack Obama’s administrative state has attacked Trump from the beginning, but now even Trump’s own party is turning against him.

Despite almost all evidence seemingly to the contrary, Donald Trump isn’t finished. The stage is being set for a dramatic intervention by God. It will take a miracle to even temporarily save America. That miracle is coming.