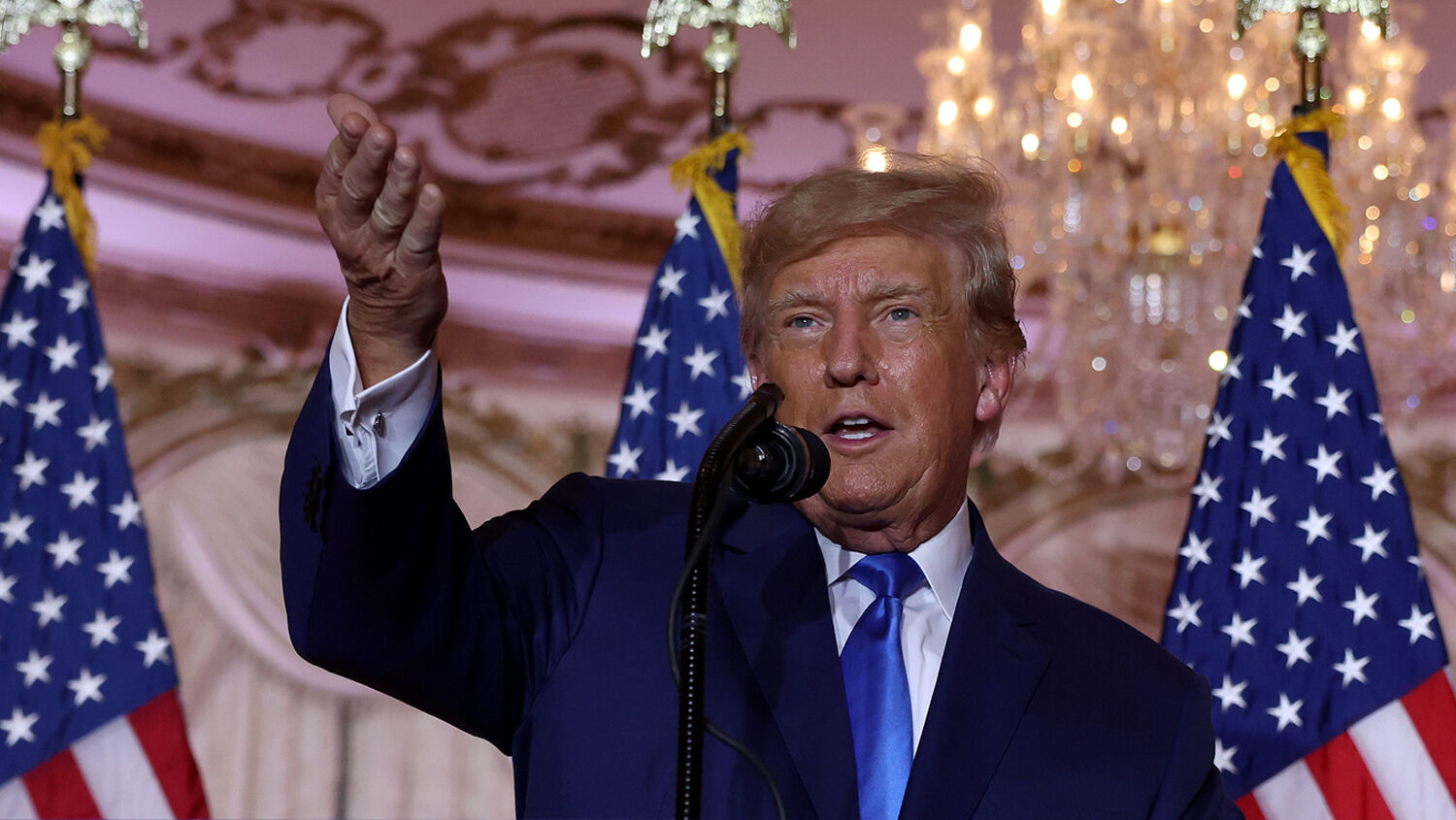 Despite word to the contrary, Donald Trump’s political death has been greatly exaggerated.

Major races are yet uncalled that could change things, but the broad narrative being trumpeted all over the media regarding America’s elections on Tuesday is this: The red wave was a ripple, and Donald Trump is finished!

Democratic strategist James Carville told msnbc anchors that the Democrats would have lost 57 seats in the House and four seats in the Senate if it was not for people’s hatred of Trump. msnbc host Joe Scarborough said that all Trump has done for Republicans is lose election after election. Professional race-baiter Al Sharpton called Trump the “gift that keeps on giving.” Atlantic journalist David Frum wrote that Republicans’ “disappointment was very much Trump’s fault.” Even “conservative” outlets like the Wall Street Journal, New York Post and Fox News are pushing this story line.

It’s all spin, pushed by people who hate Donald Trump. And Republicans who are getting on this bandwagon are shamefully putting their Trump hatred ahead of the good of the country.

The truth is, reports of Trump’s political death have been greatly exaggerated. Even the liberal New York Times projects that Republicans will win a six-seat majority in the House. And they may even take control of the Senate, depending on what happens in Arizona, Nevada and Georgia.

Trump himself called Tuesday “a great evening” for Republicans, noting that 174 of the candidates he endorsed won their respective races.

The other strand of spin the Trump-haters are pushing is that Ron DeSantis is the future of the Republican Party. Those who want to move on from Trump—including both Democrats and never-Trump Republicans—are trumpeting DeSantis’s decisive win in Florida as proof that he is the presumptive favorite for the 2024 presidential election.

Just a week ago, many of these people were calling DeSantis the devil. They have no love for DeSantis. They simply view this as a chance to bury Trump, to sow seeds of division among Republicans—and to distract Republicans away from investigating claims of election theft.

It is unsurprising that the left-wing media and politicians are pushing this line. But it is shameful that “conservatives” are doing so.

It is shameful that they have been so quick to surrender after Tuesday. They would rather see Trump’s reputation trashed than to listen to the American electorate, to win control of Congress, and to wrest power from the disastrous policies of the Biden administration.

That is a deep sickness—at the very top of the American republic!

There is much evidence that this election was stained with the same lawbreaking and fraud as the 2020 election. Problems in Democrat-controlled areas were not fixed. And still there is a chance that the results of Tuesday’s elections could be far more favorable to Republicans than is being commonly reported!

As my father, Trumpet editor in chief Gerald Flurry, explains in his book Ezekiel—The End-Time Prophet, America’s power structures are terminally ill from top to bottom (Isaiah 1:4-6). The government agents are sick; the legislators are sick; the judges are sick; the media moguls are sick; and the officials counting our votes are especially sick. Why do you think it takes officials in Clark County, Nevada, over a week to count 50,000 mail-in ballots when it should take less than a day? They are looking for various ways to pad the vote!

Yet despite the efforts to subvert democracy in America, a prophecy in Amos 7 states that God will pass by America one last time so that people have a chance to solve this terrible problem. How? By repenting of their sins. “And the Lord said unto me, Amos, what seest thou? And I said, A plumbline. Then said the Lord, Behold, I will set a plumbline in the midst of my people Israel: I will not again pass by them any more” (Amos 7:8).

“We have been watching this prophecy since June 1990, in the second issue of the Trumpet we ever produced,” my father wrote in “Why I Still Believe Donald Trump Is Coming Back.” “It speaks of a time when God is preparing to measure the destruction of end-time Israel—the United States and Britain—and He says, ‘I will not again pass by them any more’ (verse 8). This is just before severe correction comes on these nations if they don’t repent. They are receiving their final warning. … So the entire context of God saying I will not again pass by them anymore is the time of ‘Jeroboam’—an end-time antitype of King Jeroboam ii of Israel.”

This prophecy is why we have consistently insisted that President Trump will return to power. We do not know exactly how this will unfold. But keep watching the rallies Mr. Trump is holding around the nation, because he is not finished.

But it is not enough to recognize the evil being perpetrated by the radical left. It is not enough to put your faith in Donald Trump, the modern Jeroboam. You must have faith in—and repent toward—the God who used Mr. Trump in the first place and is about to use him again—or the curse on America will resume.