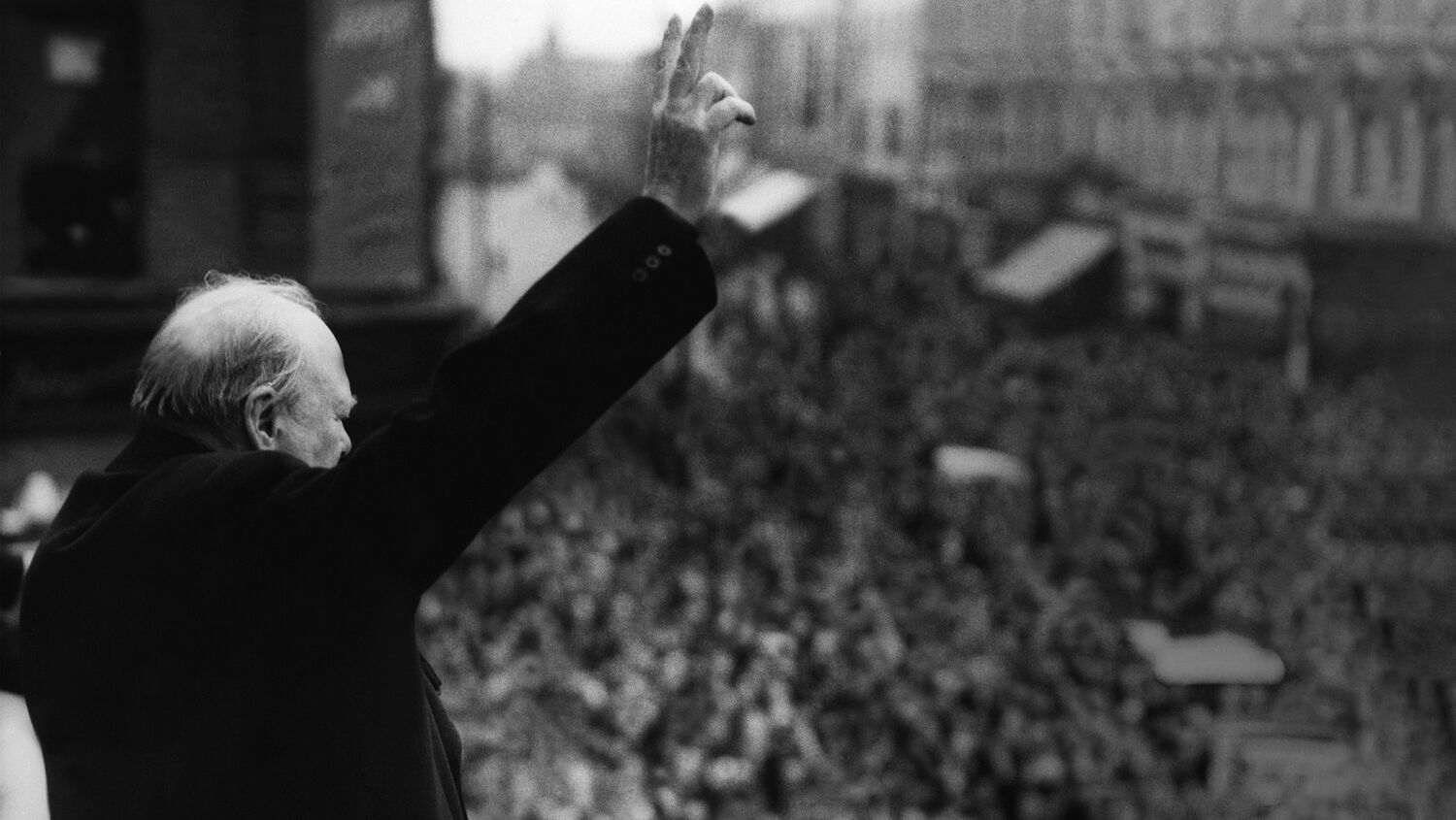 British Prime Minister Winston Churchill gives his famous victory sign to a huge crowd gathered in London to celebrate Victory in Europe Day to mark the end of European conflict in World War ii on May 8, 1945.
Keystone-France/Gamma-Keystone via Getty Images

Only 1 in 5 British young people have a positive view of Winston Churchill, according to a poll produced by People Polling for the Policy Exchange.

The online poll of 1,260 adults conducted on October 13 found the following views among the general public:

Declining popularity: In a similar poll in 2018, 47 percent said they admired Churchill. In a 2002 bbc poll, the British public voted Churchill “the greatest Briton of all time.”

The number of 18-to-24-year-olds polled was not large enough to draw reliable conclusions, but they indicate a dramatic fall in Churchill’s popularity among this generation. Only 20 percent in this age group view Churchill positively. For those over 65, it was 58 percent.

Failing education: The poll found that just 19 percent of the public think that British children today are taught about British history in a balanced way. Many historians say Churchill saved Western civilization. In the 1930s, Churchill was the only prominent voice warning about Nazism and German militarization. He successfully stirred up a fighting spirit in Britain and led the nation through its “finest hour” during World War ii. For so few young people to view Churchill positively is evidence that modern education is failing.

Why Churchill is relevant: In our dangerous world, Churchill-like individuals are needed now more than ever.

Churchill’s writings just before World War ii could teach us some vital and urgent lessons. If we fail to heed the warning as in World War ii, then we must experience the indescribable disaster of a nuclear World War iii!
—Gerald Flurry, Trumpet editor in chief