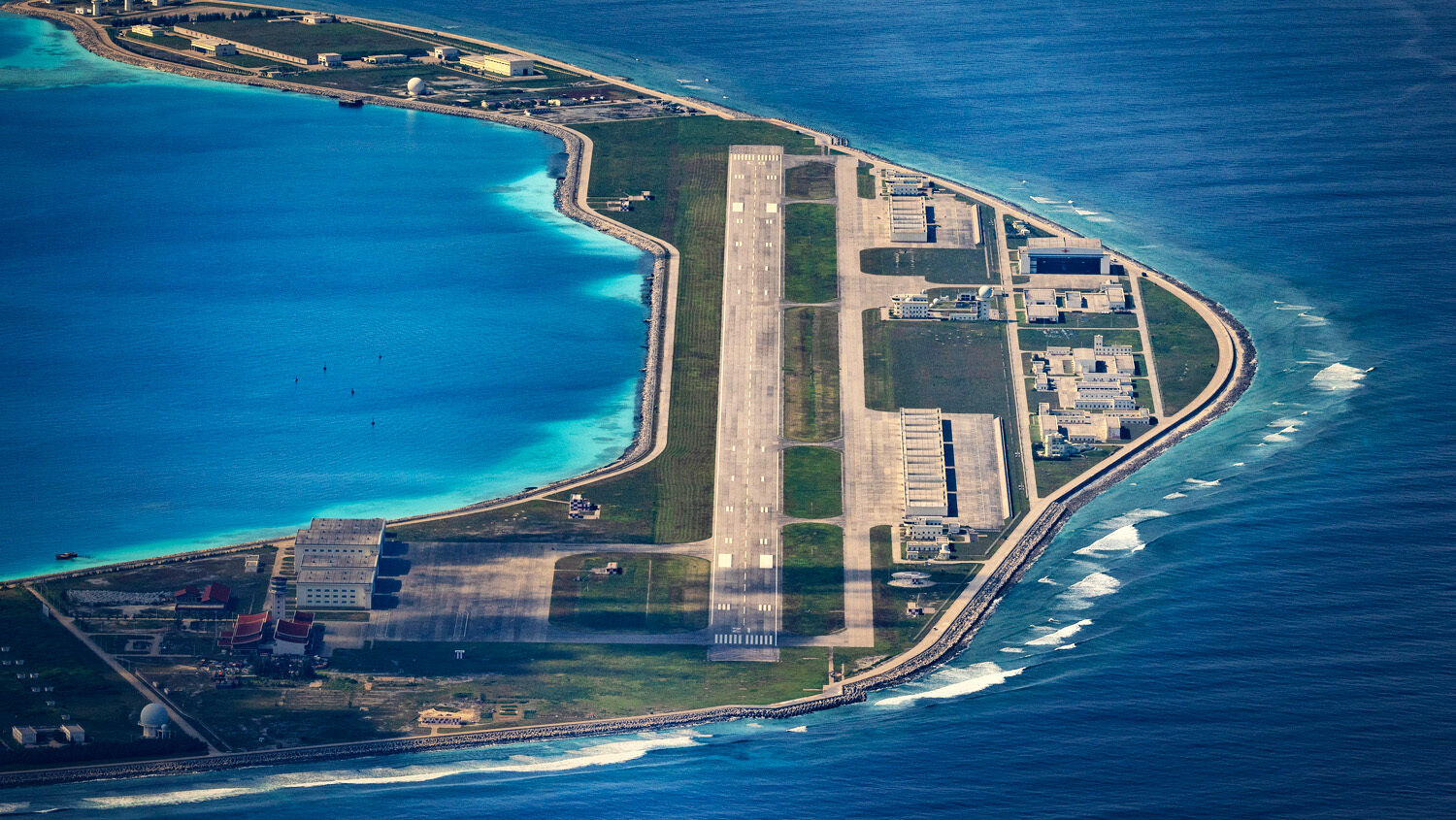 An airfield, buildings and structures are seen on October 25 on the artificial island built by China, Mischief Reef, in the South China Sea.
Ezra Acayan/Getty Images

Since 2013, China has reclaimed 3,200 acres of land on the Spratly Islands, according to the Asia Maritime Transparency Initiative. In 2015, Xi promised that this construction would not “target or impact any country and there is no intention to militarize.”

A plane sits in the runway, and other structures and recreational facilities are seen on Fiery Cross Reef pic.twitter.com/2HxQvaGi5i

Six years ago: In an article titled “China Is Steering the World Toward War,” Trumpet editor in chief Gerald Flurry wrote:

China is claiming the entire South China Sea as its own!

By building artificial islands atop coral reefs in the Spratlys, and installing surface-to-air missile batteries in the Paracels, China is building a new strategic sea gate. After passing through the Strait of Malacca, oil tankers and other ships pass between the Spratly and Paracel Islands on the way through the South China Sea.

Whoever controls these vital sea gates controls one third of the world’s maritime commerce.

Mr. Flurry’s 2016 article is even more relevant today. Read it here to understand more about China’s plan in the South China Sea.