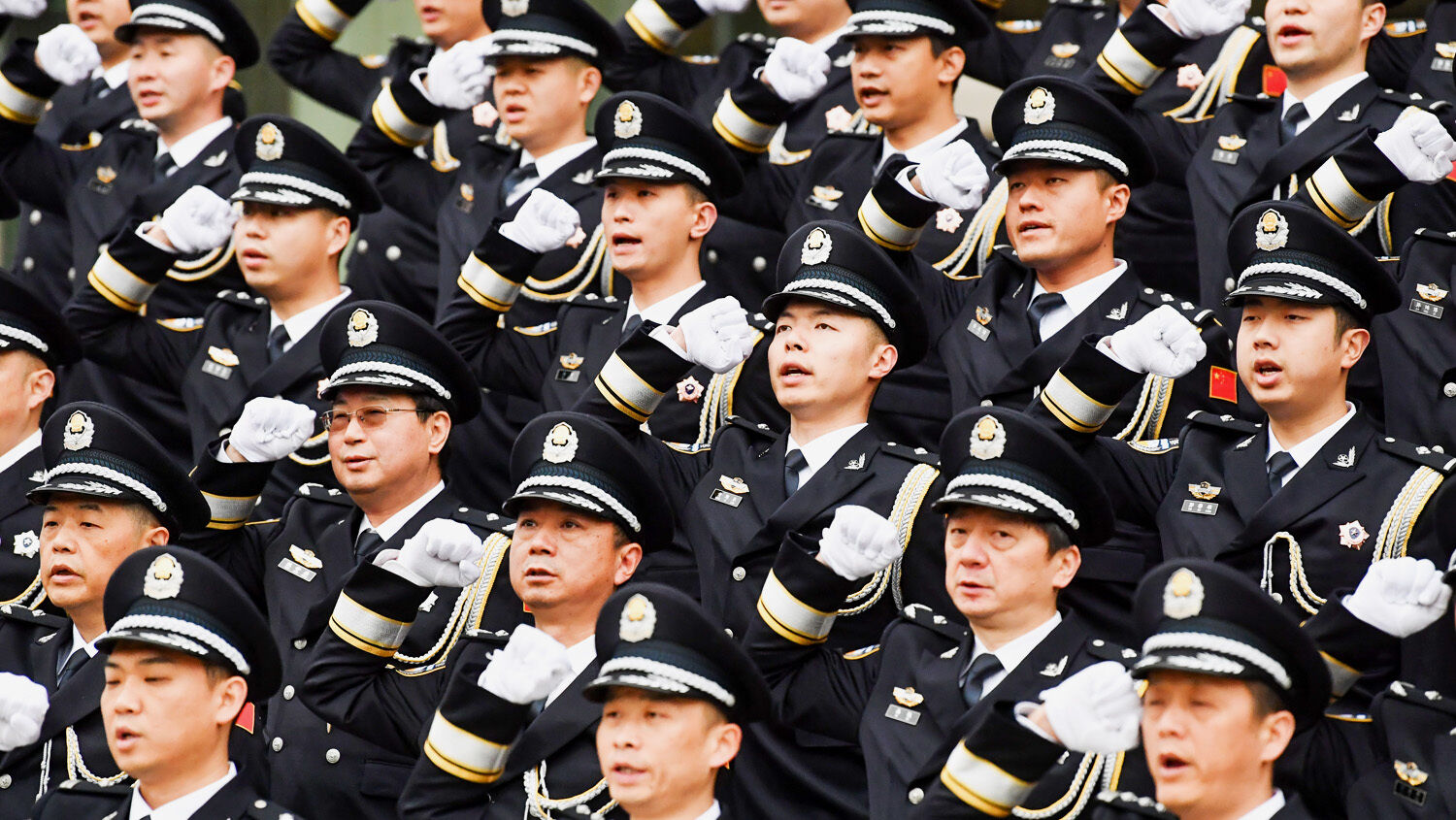 The police of Wuhan Public Security Bureau review their vows of joining the police on January 9, 2022 in Wuhan, Hubei Province of China.
Zhao Jun/VCG via Getty Images

China has established at least 54 “overseas police stations” in 21 different countries, according to a new report titled “110 Overseas: Chinese Transnational Policing Gone Wild.” The report, named after the emergency number for the Chinese police, was published by Safeguard Defenders, a nongovernmental organization based in Spain.

Last month, the Irish Foreign Ministry reported one of these bases in Dublin operating without permission from the Irish government.

“The department noted that actions of all foreign states on Irish territory must be in compliance with international law and domestic law requirements,” a spokesman said. “On this basis, the department informed the embassy that the office … should close and cease operations.”

But evidence is being uncovered of actions far more nefarious. Laura Harth, campaign director for Safeguard Defenders, said: “One of the aims of these campaigns … is to crack down on dissent, is to silence people. So people are afraid. People that are being targeted, that have family members back in China, are afraid to speak out.”

The Chinese government says that 230,000 Chinese in other nations were “persuaded to return” to face criminal proceedings in China from April 2021 to July of this year.

Wang Jingyu was one victim of these illegal tactics. After criticizing the Chinese government on social media, he fled from police to the Netherlands. Upon arrival, a Chinese police station in Rotterdam pressured him to return to China, even threatening his family if he refused to comply. Harth said, “This is really part of a growing transnational campaign to instill the same regime of political terror inside China across the world.”

The police stations were found in Africa, Asia, Europe, and North and South America. So far, they have found three in France, four in Italy and nine in Spain. There are three in Toronto, Canada, and one in New York City.

China’s efforts to reach outside its borders is not new. In July 2014, Trumpet editor in chief Gerald Flurry wrote: “Throughout history, China has often taken on an expansionist policy to conquer, destroy, subdue and enslave people. That same policy is starting to materialize again ….” As Mr. Flurry explained, China’s actions are just the beginning of what the Bible terms “the times of the Gentiles” (Luke 21:24). “These ‘times of the Gentiles’ are yet to be fully realized. However, we are in the outer edges of this catastrophic storm,” he wrote. Read his article to understand more about the dangerous times ahead.