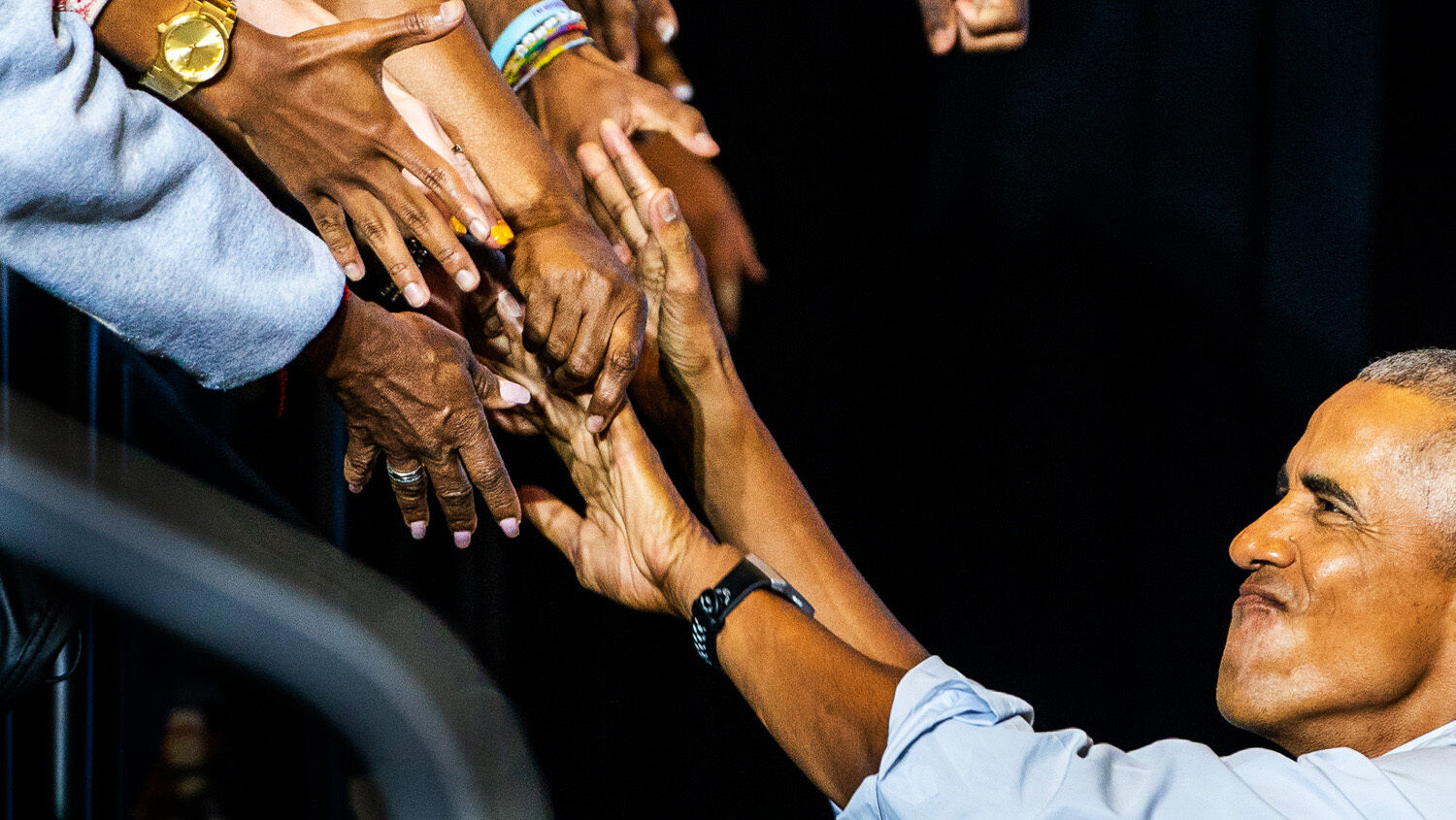 ‘[B]ecause America is a racist society …’

Barack Obama is back out in the open. He has suddenly engaged in a burst of campaigning in swing states Arizona, Georgia, Nevada, Michigan, Pennsylvania and Wisconsin to try to keep Democrats in control of Congress—among other things. This contrasts with his usual mode of operation since leaving the presidency: He has been exerting his power in Washington away from public view. But American voters, suffering a disastrous economy and radical cultural indoctrination, are expected to vote Democrats out. So Obama has emerged.

He has an election to influence and a nation to transform. As a newly revealed 1990s manuscript shows, he has wanted for decades to “be part of the transformation of this country” that is based on the color of your skin.

Obama has been able to exert his power—before, during and after his presidency—not because he is less radical than Democrats as his manuscript shows, but because he is more deceitful.

Political strategists watching Obama work prior to next Tuesday’s midterm election say he is the only politician capable of motivating Democrats without angering conservatives. Obama’s recent example and message to Democrats has been that if they want to hold on to power, they must tone down their political, cultural, racial and sexual radicalism, which he characterizes as “buzzkill,” and must come across in a more appealing way to everyday Americans. But while Obama appears more reasonable and moderate than Bernie Sanders, Alexandria Ocasio-Cortez or Ilhan Omar, Americans need to finally learn to stop judging him by appearances.

Prior to attracting the national spotlight as presidential candidate, Obama was more open about his agenda. In the 1990s, he left Harvard University with a blueprint for transforming America. The New York Times reports that Obama coauthored 250 pages with economics professor Robert Fisher, giving it a title that should, by now, ring a bell: Transformative Politics.

Neither Obama nor Fisher ever published the manuscript, so it remained hidden for more than two decades until David Garrow, researching for his mammoth biography of Obama, Rising Star, found a copy in Fisher’s basement.

So as Obama has reemerged just prior to an election, so too has his motivation, for those vigilant enough to look into it.

The full text of Transformative Politics remains out of public view, but the Times reports that in it, Obama and Fisher portray 1990s America as an ongoing “racialized culture war.” They portray “feckless Democrats” as being outmaneuvered by “cynical Republicans.” Their strategy was for racial activists to stop “asking the judiciary to hand out victories they couldn’t win at the polls” and instead “engineer a political realignment that would begin a new chapter in the country’s history.” This, they write, would help them accomplish “a transformation of this country.”

Obama and Fisher explicitly wrote that they see America as a battleground of races, with whites as the enemy. They wrote that “because America is a racist society, we cannot realistically expect white America to make special concessions towards blacks over the long haul.” They ridiculed the idea that whites would “one day wake up, realize the error of their ways, and provide blacks with wholesale reparations in order to expiate white demons.”

Their strategy was instead for radical activists to redistribute wealth, not only to minority blue-collar workers but to blue-collar whites as well. They criticized Bill Clinton, then governor of Arkansas, for retreating in the battle for socialism, and argued that emphasizing economics rather than race was the best way to beat conservatives and eventually push through race-based changes. Attracting a larger share of people who vote according to their own bank accounts would increase Democrats’ political power, and thus their ability to ultimately force through “wholesale reparations,” “special concessions” and “transformation.” This was literally the stated plan for Obama.

Go back further. A decade before Obama wrote Transformative Politics, he was a Marxist-Leninist predicting a violent uprising in the United States. At Occidental College in Los Angeles, he joined the Democratic Socialist Alliance. But he learned from a man named John Drew that this type of revolution has never happened in a First World nation and that it would be easier for American Marxists to gradually hijack the system from within. Drew sees himself as a sort of “missing link” between Obama’s earlier exposure to traditional communism in Hawaii from Frank Marshall Davis and his later exposure to more subtle forms of radical leftism in Chicago before becoming senator, then president.

Obama is campaigning for Democrats with a similarly subtle and sophisticated strategy. Communism, critical race theory, transgenderism and racialized culture war are surely just as much a part of him as they are of his fellow radical elites in Washington, Martha’s Vineyard, Silicon Valley and other centers of power. But he is much better than they are at keeping that out of view as he appeals to oil workers in Pennsylvania, for example.

Radical Democrats saw Obama and his elites transform America during his eight years in the presidency, combat the unexpected presidency of Donald Trump, and even overthrow the 2020 election (particularly in Arizona, Georgia, Michigan, Nevada, Pennsylvania and Wisconsin, ironically). And they saw them get away with it. Confident in their power, they are fighting the culture war out in the open.

Like the other radicals, the most radical of them all also believes that “America is a racist society” needing to “expiate white demons” by “special concessions,” “wholesale reparations” and waging “culture war.” But unlike them, he senses the power of hiding that radicalism, even at this late stage. Deceiving those he considers his enemy about his motivations has worked blindingly well for Obama for more than 15 years. He comes across as more moderate than the others despite the fact that he has destroyed more and transformed more than all of them combined!

Look at history. It is definitely possible for a single individual to exert amazing control over other elites and over large numbers of people, especially when that individual has a certain type of empowerment. Much of this power comes from deceit.

Antiochus iv Epiphanes was one such individual. Among the flatterers, pretenders, deceivers and elite, he was the master flatterer, pretender, deceiver and elite among elites. Among those who exerted their will on the masses, he exerted his will above all. He used his power of deception to rise like a star from what could have been a far lower position, seizing power and exerting it for his own benefit, his ideology and even his own whims.

That same spirit of deception and worshiping his own will is what motivated this Seleucid king to attack one of his subject peoples with shocking ferocity. He used deceit, betrayal and open political, economic and cultural war against the Jewish people, culminating in genocide. He even went beyond that, attempting to exterminate not only their individual lives but also their race, their culture, their traditions and their faith itself.

This particularly potent and hateful mix of deceit and willpower is not unique to Antiochus Epiphanes. It has been used by other elites to betray, seduce and rage against certain peoples and a certain faith.

The Bible mentions neither Antiochus nor Obama by name, but the roles they each fulfill are described in Bible prophecy. What created Obama’s motivation, even prior to his days at Occidental or Harvard? Where does he get such power over the powerful? What is his real will for America? Will he succeed? What, if anything, should you do? I can only say: Read the new America Under Attack, by Gerald Flurry.