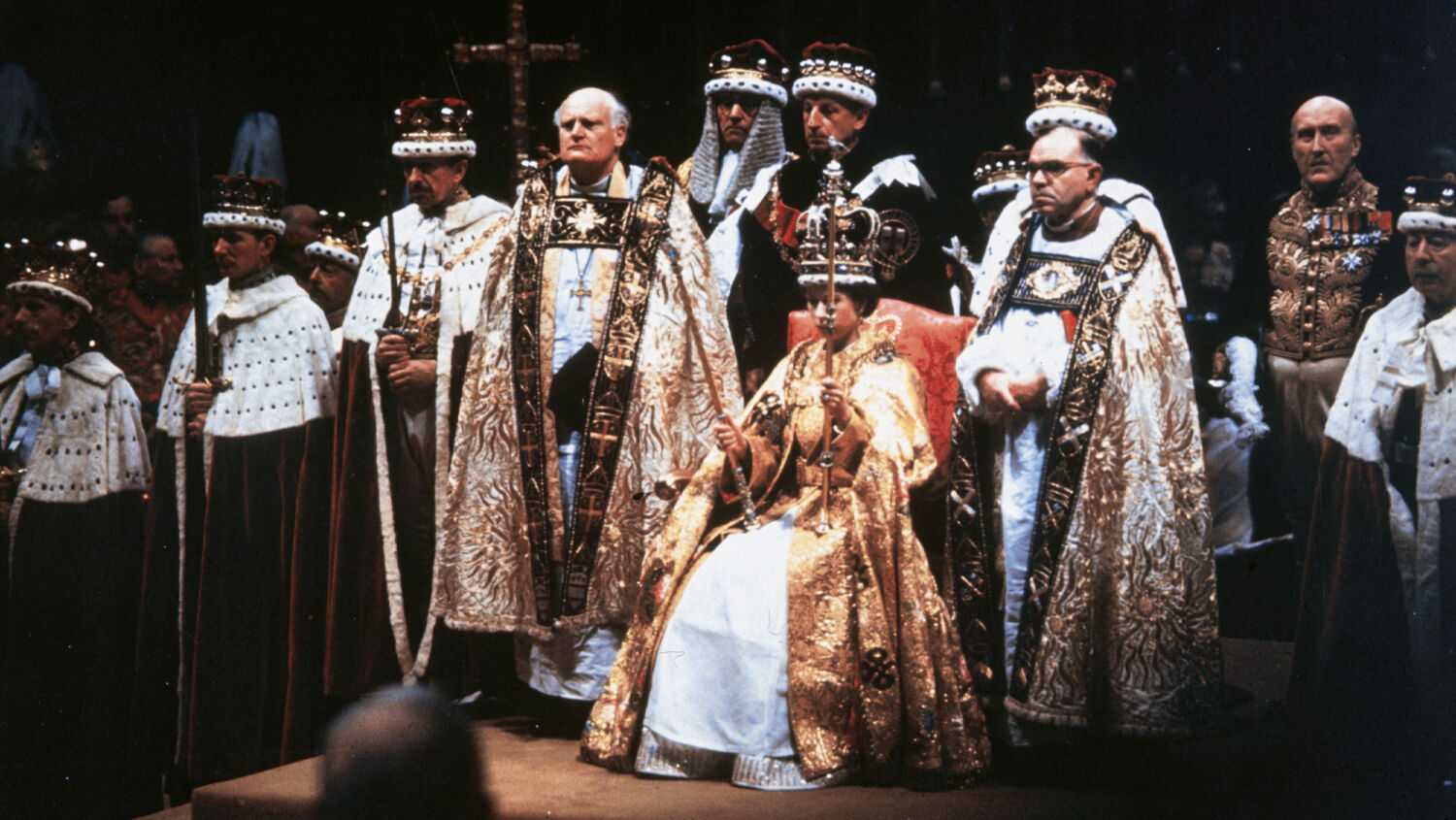 Queen Elizabeth ii reigned for 70 years, longer than any other monarch in British history. It started when a 25-year-old princess ascended the throne and was crowned in a rich and moving ceremony experienced by thousands in Westminster Abbey and with about 38 million listening on radio and watching on television.

The coronation ceremony was full of meaning, and it centered on the Bible. The new queen was anointed with oil representing the Holy Spirit, and presented with the scepter with the dove and the scepter of the cross, as well as the orb with a cross, intended to signify the rule of Jesus Christ over all human beings, including monarchs. The top of the crown itself is a cross, again meant to symbolize God’s authority over monarchs. The choir sang about Zadok the priest, the Prophet Nathan and King Solomon. Upon coronation, the shout went up, “God save the Queen!” The ceremony, like so many before it, was intended to emphasize submission to God’s authority and the monarch’s role, under God: not to be served, but to serve.

In a speech two years after the end of World War ii, Princess Elizabeth said, “If we all go forward together with an unwavering faith, a high courage, and a quiet heart, we shall be able to make of this ancient commonwealth, which we all love so dearly, an even grander thing—more free, more prosperous, more happy and a more powerful influence for good in the world—than it has been in the greatest days of our forefathers. To accomplish that, we must give nothing less than the whole of ourselves. There is a motto which has been borne by many of my ancestors—a noble motto: ‘I Serve.’ Those words were an inspiration to many bygone heirs to the throne when they made their knightly dedication as they came to manhood. … I should like to make that dedication now. It is very simple.

“I declare before you all that my whole life, whether it be long or short, shall be devoted to your service and the service of our great imperial family to which we all belong.

“But I shall not have strength to carry out this resolution alone unless you join in it with me, as I now invite you to do: I know that your support will be unfailingly given. God help me to make good my vow, and God bless all of you who are willing to share in it.”

One of the heraldic badges of the prince of Wales includes the inscription Ich Dien. It is neither Welsh nor English but German. Seven hundred years ago, Prince Edward came upon a Germanic king who had died in battle. He was moved by the experience, and by the motto of the monarch, which translates “I Serve.”

Queen Elizabeth ii was known for her rock-solid, selfless stability as a servant of her people. Years ago the Spectator wrote, “The Queen’s own patriotism—a faith in the courage and character of her subjects—has informed her approach to her reign. … Her approach has been one of service. Her daily schedule would alarm and exhaust someone half her age” (Sept. 3, 2015).

Yet the Queen’s admirable qualities did not enable her to make Britain a grander thing or a more powerful influence for good in the world. It was actually during her reign that the Empire met its demise, the Commonwealth became shaky, and Scotland began threatening in earnest to secede from the very union by which Britain exists.

“I Serve” is a noble motto, but it must be more than a motto. For an empire, a commonwealth, or even a family to thrive, its members must live by the Book that defines the positions of highest authority as those of greatest service, the Book at the center of an English coronation.

Matthew 20 records Jesus teaching His disciples about leadership. They believed He would later rule over the Earth, and two of them desired high leadership positions under Him. His response was that they had to suffer as He would, and that God the Father was the one who appointed men to leadership. The other 10 were indignant against the two because they were also ambitious for high authority.

“But Jesus called them unto him, and said, Ye know that the princes of the Gentiles exercise dominion over them, and they that are great exercise authority upon them. But it shall not be so among you: but whosoever will be great among you, let him be your minister; And whosoever will be chief among you, let him be your servant: Even as the Son of man came not to be ministered unto, but to minister, and to give his life a ransom for many” (verses 25-28).

The key to greatness, and the purpose of receiving authority from God, is to minister to (serve) others. Strong’s Concordance states that “let him be your servant” signifies “slave … therefore in a qualified sense of subjection or subserviency.”

Jesus Christ was the greatest Servant of all time. Rather than being served, He served others to the point of emptying Himself of His divinity, becoming a human being, enduring persecution, and dying for mankind. After His resurrection, He continued to serve. Every motive Christ had was unselfish. He was unconcerned with reputation, position, status, people or doing His own thing. His example teaches us how to be servant leaders. He taught that sacrifice is our highest calling!

As great as the Queen’s example of service was, nothing less than the government of God, led by God the Father and Jesus Christ, can make a nation, a commonwealth, or a nation truly free, prosperous, happy and powerful. It is a government powered by completely unselfish servant leadership by Christ and those serving under Him. It is coming soon, and it is far grander than anything that has ever been in the greatest days of our forefathers.