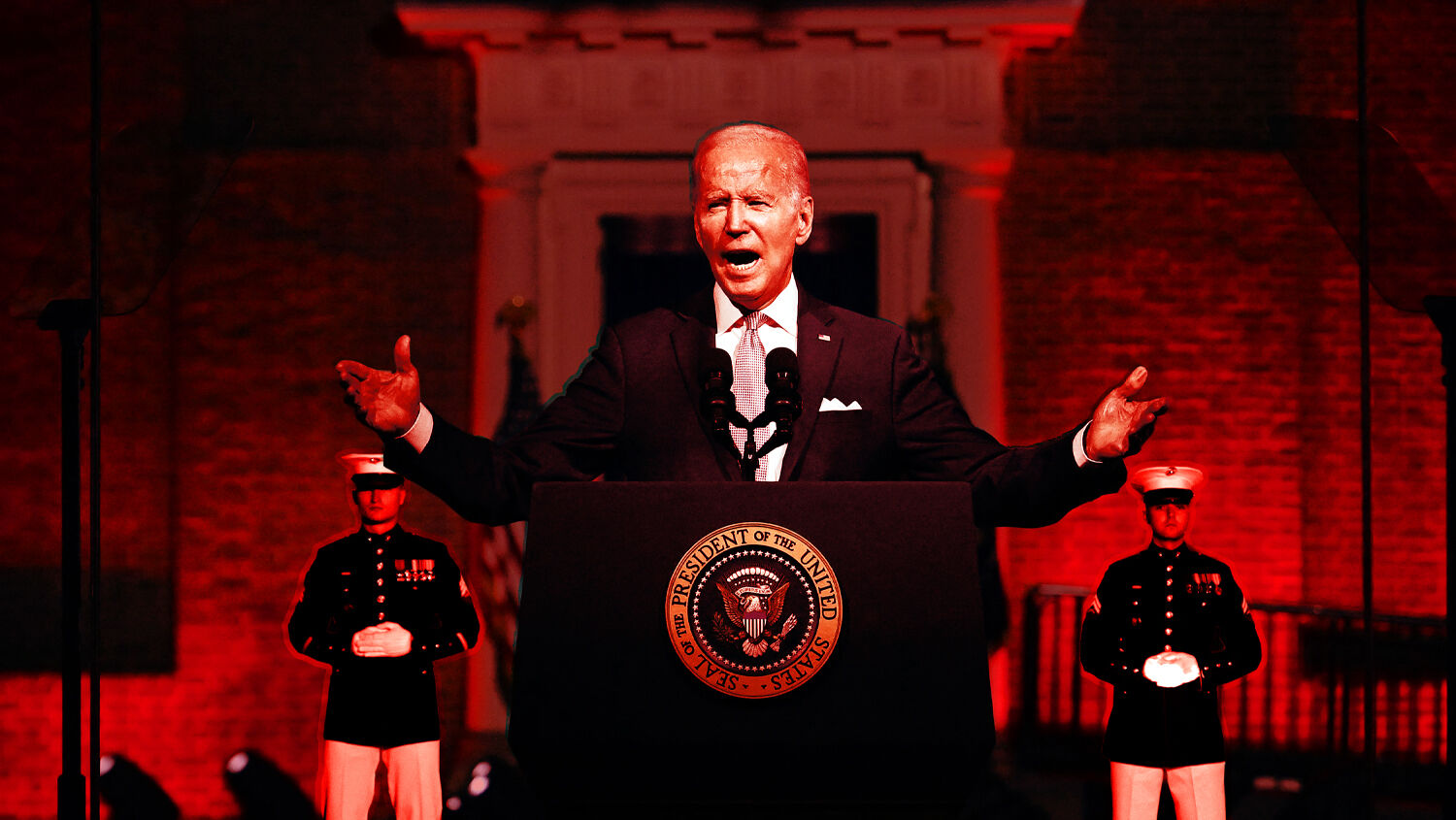 Joe Biden and those behind him are on the attack. Their target of the attack isn’t drug smugglers, human traffickers, gang members or anarchists—or foreign spies, combatants or regimes. And the thrust of the attack isn’t about jobs, spending or public health. It’s about the use of deadly force. And the target is everyday Americans.

On September 11, Americans remember the horrific 2001 attacks. At that time 21 years ago, I was teaching a class during Herbert W. Armstrong College’s first academic year here in Edmond, Oklahoma. A staff member interrupted to tell us that a plane had just hit the World Trade Center in New York. Minutes later, he interrupted again: Another plane had just hit.

With the rest of the world, we watched the terror unfold. The Twin Towers, burning. Our fellow Americans, choking on the smoke and facing an inferno, plummeting from those windows. Another plane striking the Pentagon. Another plane crashing in Pennsylvania. The South Tower falling. The North Tower falling. We felt one shock after another. The world was changing before our eyes. It was a mass murder of 2,977 people planned and perpetrated by people saturated in hatred and evil.

Biden is now comparing those who oppose his illegitimate regime to these terrorists. On the 21st anniversary of 9/11, he said enemies of “our democracy” tried to bury our rights and freedoms “in the burning fire and smoke and ash.” Then he equated Americans who have protested wild irregularities in the 2020 presidential election to those Islamist terrorists. In a subsequent interview, Vice President Kamala Harris grouped the 9/11 jihadists together with the everyday Americans speaking out against the 2020 election theft as “enemies foreign and domestic.”

Such inflammatory rhetoric, backed up by White House spokespeople and amplified by the media, is intentionally provocative. Ultimately, the radical Biden administration is trying to trigger a civil war that will take state power to put down.

You need to know why.

Just 10 days before Biden compared maga Republicans to Islamist terrorists, he gave one of the most vicious presidential speeches in American history. This divisive televised prime-time address was not one a politician gives to gain more votes in midterm elections. It was a declaration of war by an unelected usurper against Donald Trump and the more than 75 million citizens who support him.

Biden’s team set up the event to take place at night and arranged floodlights to illuminate Philadelphia’s Independence Hall in blood red. They positioned two marines in uniform behind Biden to intensify his rhetoric that “Donald Trump and the maga Republicans represent an extremism that threatens the very foundations of our republic.”

This is the same man who framed his campaign as a “battle for the soul of the nation,” then went along with Barack Obama and the Democratic Party to steal the presidential election. This man has pushed to ban firearms from law-abiding Americans. In 2020, he paraphrased Thomas Jefferson saying, “The tree of liberty is watered with the blood of patriots.” He then said, “The fact is, if you’re going to take on the government, you need an F-15 with Hellfire missiles. There is no way an AK-47 is going to take care of you if you’re worried about the government knocking down your door.” In 2021, he said: “If you think you need to have weapons to take on the government, you need F-15s and maybe some nuclear weapons.” On August 30, he said: “And for those brave right-wing Americans who say [the Second Amendment] is all about keeping Americans independent and safe, if you want to fight against the country, you need an F-15. You need something a little more than a gun.”

This is the same man Obama has used to oppose and defund local police, led by sheriffs who are elected, appointed or otherwise accountable to their communities; to empower and arm federal agents, who are not; and to limit, ban and confiscate the firearms of law-abiding citizens. And this regime is not done yet. Those behind Biden are sending a message to those who oppose them: You need something a little more than a gun, and we will take even your guns if we can.

White House Press Secretary Karine Jean-Pierre told reporters before Biden’s Philadelphia speech, “[I]t’s not a political speech” and “He’s going to talk about uniting the people of this country who believe in equality and democracy.” Yet Biden condemned Donald Trump three times and condemned the maga movement 13 times. There was nothing reconciliatory about his speech. Its purpose was to cast Republicans as fascists and to signal the liberal media to treat them as such.

Such rhetoric represents a dangerous turn for America. maga Republicans stand for limited government, free enterprise, free expression and local control. Yet Biden says these people “represent an extremism that threatens the very foundations of our republic” simply because they want to audit the 2020 election. Benito Mussolini’s mantra was, “All within the state, nothing outside the state, nothing against the state.” So if there are real fascists in America these days, they are among the radical leftists prosecuting anyone who stands up against their Big Government agenda.

Referring to maga Republicans, Jean-Pierre said, “[W]hen you are not with where a majority of Americans are, then, you know, that is extreme.” The Biden regime is building a one-party state that condemns and prosecutes those who differ from the party line. This has happened repeatedly in history, especially in countries where a socialist party like the Democratic Party seizes power.

Washington Post columnist Eugene Robinson described Biden’s speech as an “urgent wartime address.” It is glaringly apparent that the Obama team and its corporate media allies believe they are at war with those who believe in principles like the rule of law, separation of powers, equal protection, civil liberties and free and fair elections. This regime is battling to transfer rights from the people to the government until they amass enough power to start forcibly redistributing wealth, restricting movement, mandating health measures, increasing surveillance, and further transforming what was once the freest nation on Earth. A key battle strategy is to demonize those who say such powerful governments are dangerous. Yet history shows us that such demonization often leads to war.

The fact that Biden’s team placed uniformed marines behind him (violating a Defense Department directive) suggests that civil war is a possibility. Meanwhile, his regime has continued Obama’s authorization of federal agencies to stockpile guns and ammunition in preparation for such a war. But it would be good publicity for the radical left if small-government conservatives fired the first shot. Those who supported Biden’s inauguration incited violence at the Capitol protest on Jan. 6, 2021. In the same way, the Biden regime is now trying to antagonize American traditionalists into a bigger conflict.

The Federal Bureau of Investigation raided President Trump’s Mar-a-Lago estate three weeks before Biden’s inflammatory speech. Once Biden gave them a green light to target conservatives, they shifted their prosecution efforts up a gear.

First the fbi seized a cell phone belonging to MyPillow ceo Mike Lindell on September 14 as part of a federal investigation into an alleged breach of Dominion voting machines in Colorado. Then the Department of Justice issued about 40 subpoenas related to the actions taken by Donald Trump and his allies during the Jan. 6, 2021, election protests. So the government is now threatening Americans with deadly force.

And the targeting of conservatives may not stop with police raids. During Obama’s presidency, the Internal Revenue Service targeted groups with “tea party” or “patriot” in their names with audits. Last year, Attorney General Merrick Garland issued an order directing the fbi to investigate “threats of violence” against school administrators and teachers by parents protesting racial and gender issues in school curricula. So you can be sure that all the Lois Lerners in Biden’s enforcement agencies took note when he made maga Republicans fair game.

In “What Will Happen After Trump Regains Power” (theTrumpet.com/23957), my father, Trumpet editor in chief Gerald Flurry, explained that President Trump was the legitimate winner of the 2020 election. The Obama-Biden administration stole the election using fraudulent mail-in ballots, but the Bible prophesies Trump’s return to power. Yet this return will not be easy. The current regime has tremendous power, so Trump “will have to fight for it,” my father wrote. “It doesn’t have to be military action, but it certainly could. President Trump could also lead some states to secede from the union.”

Such a movement would give leftists the war they have been agitating for, but Bible prophecy indicates that any such conflict will be won by Trump. But the victory will be temporary.

My father further explained from 2 Kings 14:26-28 that President Trump is a type of King Jeroboam ii: “For the Lord saw the affliction of Israel, that it was very bitter: for there was not any shut up, nor any left, nor any helper for Israel. And the Lord said not that he would blot out the name of Israel from under heaven: but he saved them by the hand of Jeroboam the son of Joash. Now the rest of the acts of Jeroboam, and all that he did, and his might, how he warred, and how he recovered Damascus, and Hamath, which belonged to Judah, for Israel, are they not written in the book of the chronicles of the kings of Israel?”

God used Donald Trump to save America from the radical Obama-Biden administration seeking to transform it into a socialist dictatorship six years ago. But the Obama-Biden administration came roaring back. So Trump will have to fight and war to recover the office stolen from him in the 2020 election. 2 Kings 14 indicates that Trump will have some initial success in this fight. The only way for the American people to make such success permanent, however, is to repent of the sins that have allowed such corruption to take root in America’s government. 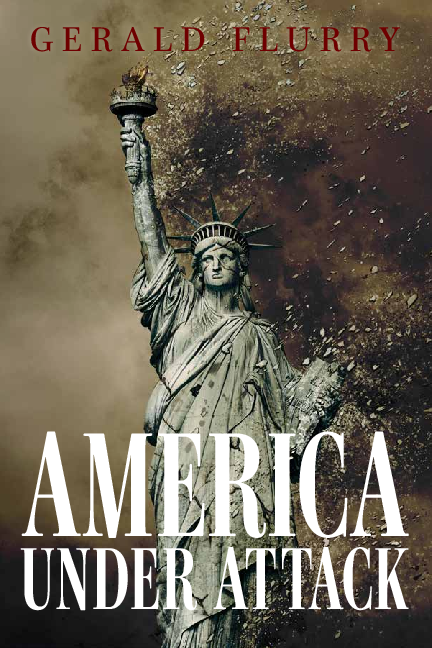 America Under Attack
Bible prophecy will help you understand the treason in our country.
From The November-December 2022 Philadelphia Trumpet
View Issue FREE Subscription
Next
Previous