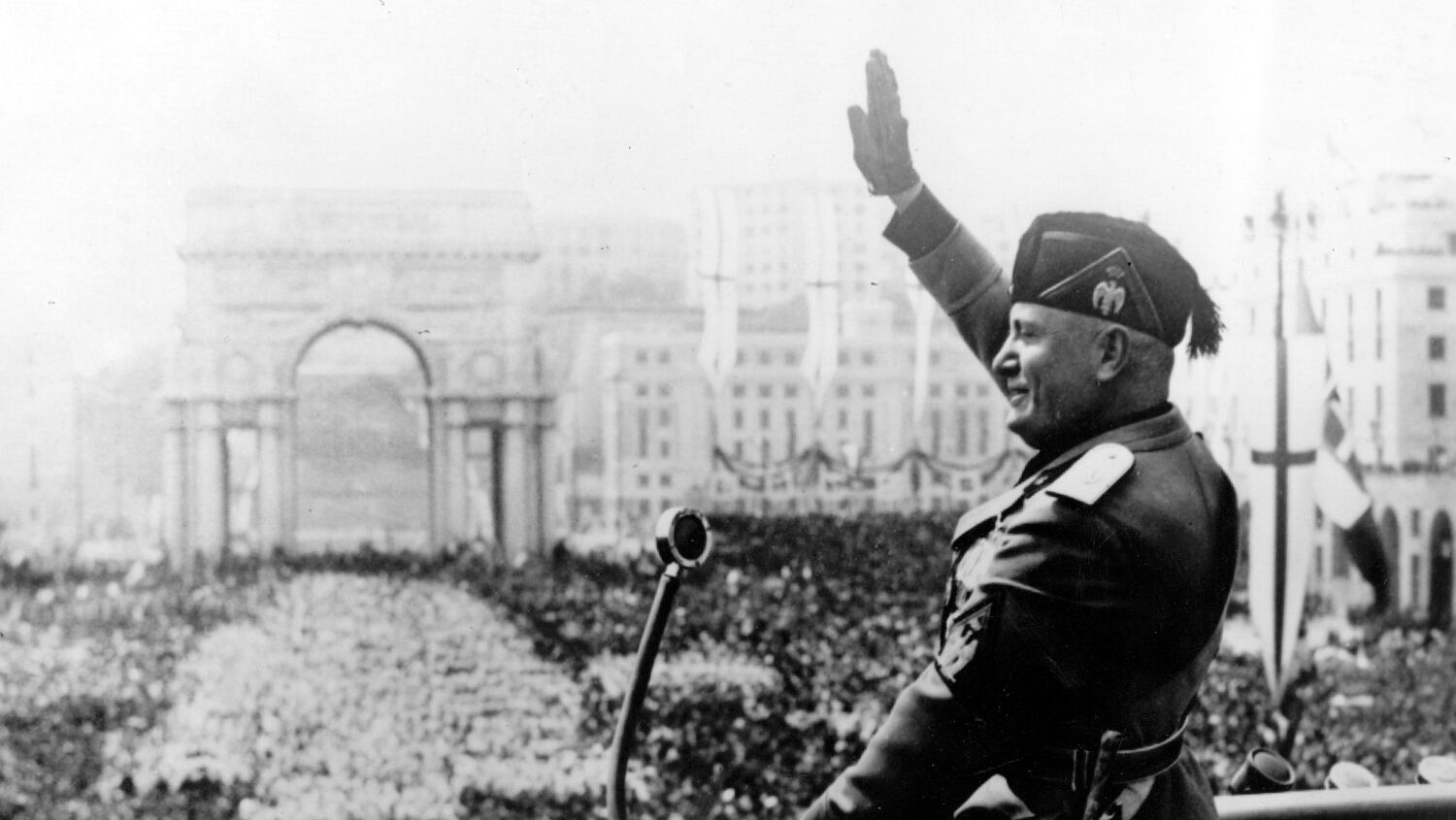 This movement’s first leader, Giorgio Almirante, had served as chief of cabinet of the minister of culture in the Nazi puppet state. Generally, the senior leaders under Mussolini faded into the background, while the more mid-level politicians ran the new movement.

In the mid-1990s, the movement rebranded itself, changing its name to the National Alliance. Former Alliance leader Gianfranco Fini was rewarded with the post of deputy prime minister from 2001 to 2006—a high office for a man who once called Mussolini “the greatest statesman of the century.” In 2009, the Alliance merged into the new People of Freedom coalition.

But for many National Alliance members, the People of Freedom was not radical enough. In 2013, many of them split off to form the Brothers of Italy.

At times, Giorgia Meloni rigorously plays down her party’s connection with fascism and the Italian Social Movement. But in 2020, she praised Almirante as a “patriot” and extolled his “unconditional love for Italy, his honesty, his coherence, his courage.” Years ago, Meloni went even further, saying in a television interview, “I think Mussolini was a good politician. Everything he did, he did for Italy.” She has since walked back those comments.

Meloni’s predecessor as leader of the Brothers of Italy, Ignaio La Russa, said, “We are all heirs of Il Duce.” The party’s logo uses the same tricolor flame that the Italian Social Movement used. “To have the flame means, in some ways, that you are the true descendants of the [Italian Social Movement] and, thus, of the Duce himself,” wrote historian Tobias Jones.

Italy’s Constitution was set up in 1948 to prevent a future Mussolini rising to power. That Constitution has since been tweaked, but Meloni wants a major change—something the Constitution pointedly avoided—to have a directly elected president.

In 2019, several mayors from the Brothers of Italy held a celebratory dinner on the anniversary of Mussolini’s 1922 March on Rome. And another party that is a likely member of the next Italian coalition, the Northern League, likewise honors Mussolini’s legacy. Its leader, Matteo Salvini, has modeled himself after Il Duce, posing in similar ways, using some of the same slogans, and speaking from the same locations.