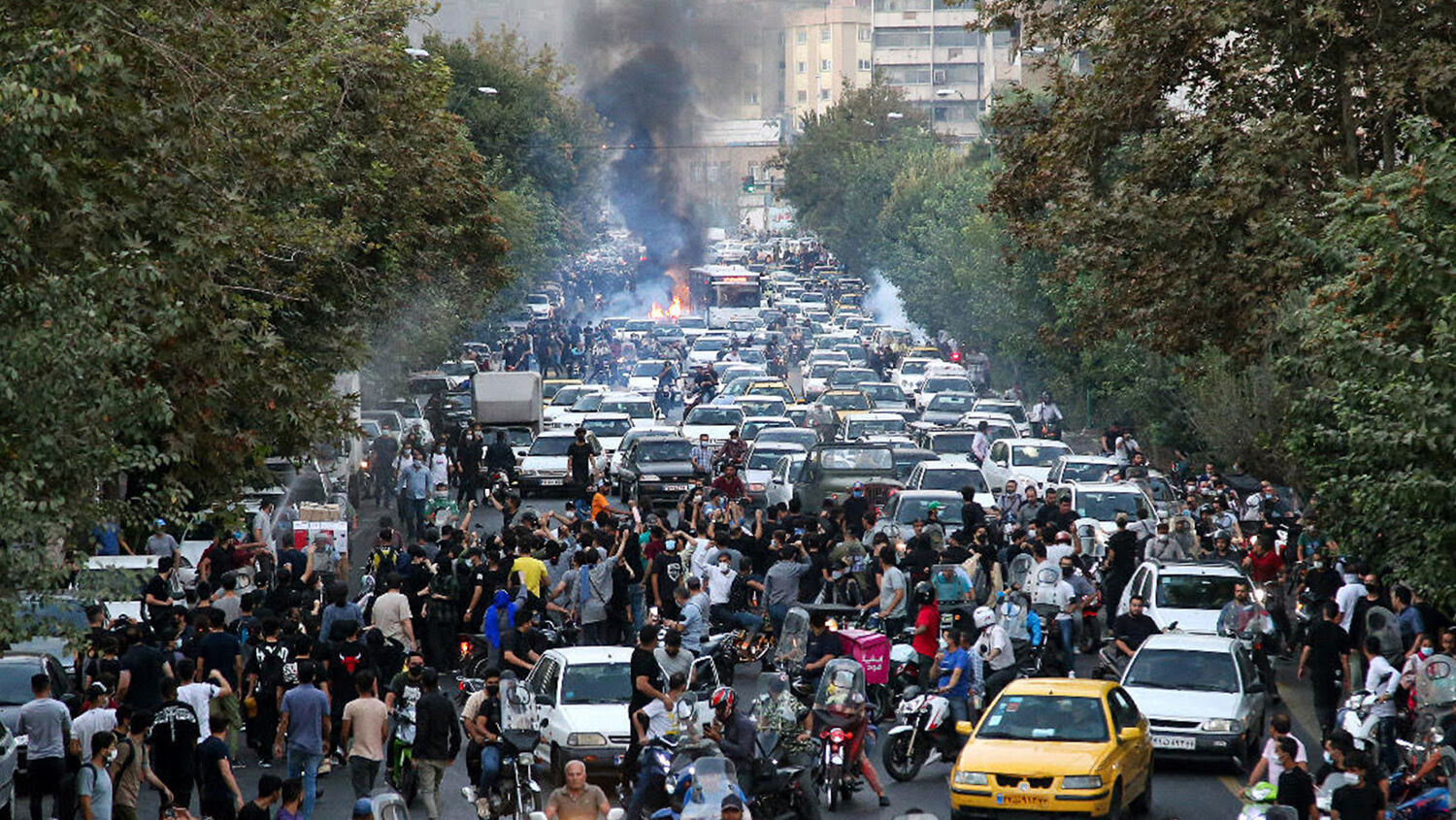 People gather to protest the death of a 22-year-old woman under custody in Tehran, Iran, on September 21.
Stringer/Anadolu Agency via Getty Images

Will the latest protests in Iran finally bring down its oppressive regime?

Iran’s crackdown on the antigovernment protests, which began on September 16, has resulted in the arrest of hundreds of protesters, at least 28 journalists and 9 Europeans, and the deaths of at least 133 people.

These protests are the most violent the Iranian regime has faced since 2019. Many in the West hope this oppressive regime has finally pushed its citizens too far and is either about to fall or see some radical changes. Is this the long hoped-for turning point for Iran?

Before we answer that question, let’s see what started these protests.

The latest round of civil unrest started with the death of Mahsa Amini. She was allegedly beaten to death after Iran’s infamous morality police arrested her for not wearing her hijab (headscarf) correctly. The morality police are responsible for enforcing adherence to Islam’s strict dress codes. Arrested women are forced to attend “educational” lectures and must have an “appropriate” change of clothes brought to them before release.

Amini was admitted to a hospital in a coma where doctors informed her family she was brain-dead. A source from the hospital told the London-based news site Iran International that her brain was crushed from “multiple blows.” Hacktivists also sent the site Amini’s medical documents and CT scans, which showed skull fractures, bleeding in her brain, brain swelling and other injuries consistent with head trauma.

The morality police deny any wrongdoing. Instead, they claim she fell ill while waiting with other detained women at the police station.

Amini died at the hospital on September 16. The announcement of her death ignited the protests mere hours later. In an effort to smother the protests, the Iranian regime cut off Internet access to most of the country. But this hasn’t prevented the scores of Twitter videos that have gone viral since. Several videos show women removing their hijabs, chanting “Death to the dictator,” and even burning their headscarves.

Seeing these videos, it’s easy to be optimistic. Iran hasn’t seen this kind of opposition to the ruling Islamic regime in years. But the question remains: Is this a turning point for the nation of Iran? Here at the Trumpet, we can say with certainty that these protests will not produce any lasting change. Here are three reasons why.

First, the Iranian regime is well versed in crushing these kinds of protests. After the overthrow of the shah of Iran in 1979, the Islamic Republic of Iran has faced a steady stream of protests. As the Jerusalem Post wrote, “Because the regime knows that a swath of the country hates the Islamic government, they tend to let people protest for a few days, letting the ‘steam’ be released, after which they crack down.”

With the increasing number of arrests, the government-organized counterprotests and military intervention, it is clear that the crackdown has begun.

Second, the Iranian regime doesn’t care how many people it must kill to retain power. The protests in 2019 over high gasoline prices became known as “Bloody November.” It was the deadliest the Islamic Republic has ever faced. During those protests, the Iranian regime killed over 1,500 people, according to Reuters—far more than what we’ve seen so far with the current protests.

In his recent speech at the United Nations General Assembly, Israeli Prime Minister Yair Lapid said the Iranian regime was “a regime that systematically deals with hatred. They even hate their own people. Young Iranians are suffering and struggling from the shackles of Iran’s regime, and the world is silent. They cry for help on social media. They pay for their desire to live a life of freedom—with their lives. … They hate and kill Muslims who think differently, like Salman Rushdie and Mahsa Amini. Their hate is a way of life. It is a way to preserve their oppressive rule.”

The third and most important reason that has informed all these accurate predictions and why these protests won’t change Iran is Bible prophecy. As Mr. Flurry has explained, Iran is the “king of the south” talked about in the book of Daniel. That prophecy, found in Daniel 11:40, shows that Iran has a foreign policy with a lot of push. Mr. Flurry writes in The King of the South, “Gesenius’ Hebrew-Chaldee Lexicon says the word push means ‘to strike—used of horned animals,’ or ‘to push with the horn.’ It is ‘used figuratively of a victor who prostrates the nations before him.’ It also means to wage war.”

The nation of Iran, the prophesied king of the south, has an important part to play in end-time events. That is why we at the Trumpet can confidently say that these protests will not topple or change the Iranian regime. To learn about the end-time events that Iran has a key part in, please request your free copy of The King of The South.