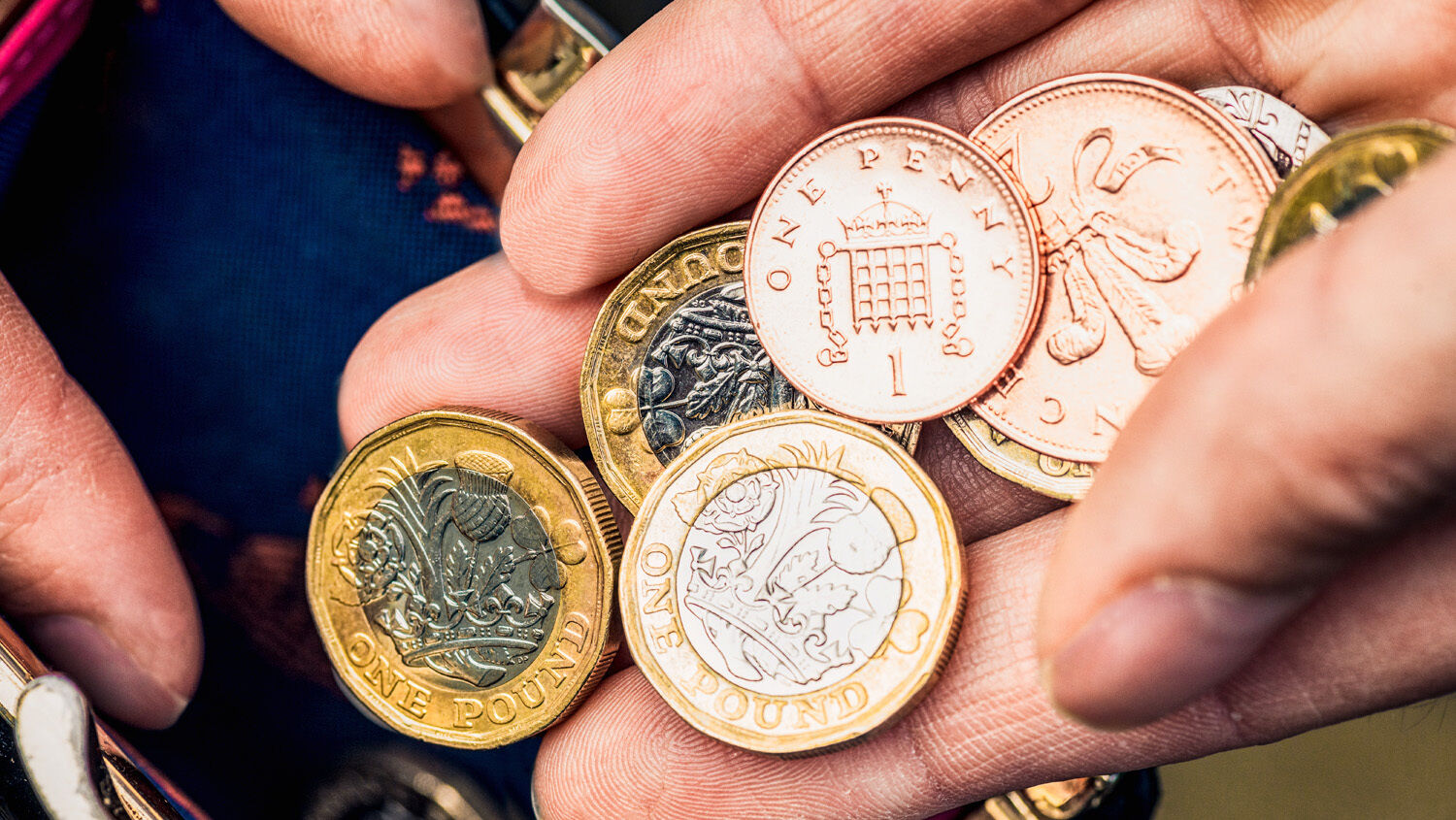 The pound hit its lowest level against the dollar in 230 years this week. The Bank of England was forced to step in to prevent what it called “a material risk to UK financial stability.”

The turmoil in Britain could be the beginning of the end of the era of free money.

For the last 15 years, the Western world has met every crisis with money printing and massive borrowing. The normal financial laws seemed to no longer apply.

Normally, if a country’s debt explodes, you’d expect it to have to pay a high interest rate—to convince investors to risk loaning their cash. But that didn’t happen. Part of the reason is that central banks have been creating money, which is then used to buy up government bonds. Over the same time, the Federal Reserve created nearly $9 trillion through quantitative easing. The Bank of England created £900 billion.

This would normally create inflation. But again, until now, that didn’t happen.

The result was that we met every crisis with a flood of borrowed cash. When fears of covid-19 hit, the government paid the country to sit at home and do nothing. The total cost of all the covid schemes is estimated at around £400 billion—about £6,000 per person. All on the national credit card.

The nation got the message: The government has access to unlimited funds and can bail the nation out of anything.

So with energy prices soaring, the government stepped in. It would be politically impossible for it not to. Again, the problem was “solved” with a flood of cash: Britain’s new prime minister wrote two blank checks, creating two energy price caps—one for businesses, one for consumers. The government will borrow money and pay the difference between the market rate and the cap.

How much will this cost? Nobody knows. The higher energy prices go, the more expensive the scheme. How long will it last? Nobody knows—at least six months, but possibly longer.

A common estimated cost is £150 billion, but that’s just a guess. Perhaps the government thought it didn’t matter—it’s been able to borrow as much as it likes before.

And then economic gravity struck.

There’s more to the pound’s collapse than the size of the debt. The immediate trigger was a set of tax cuts, including cutting the top tax rate from 45 percent. The estimated loss in revenue from these cuts was £45 billion—but most of this had already been announced.

Many pundits are giving different reasons for why the pound crashed after the government’s announcement. But the main theme is that the announcement showed the government didn’t seem particularly bothered by increased borrowing or increased inflation. The government didn’t ask the Office of Budgetary Responsibility to evaluate the long-term costs of the plans—implying it didn’t care. Given that the Bank of England recently raised interest rates by much less than expected, it didn’t seem to care much about inflation either.

So investors sold the pound. Why hold on to a currency that’s going to see inflation eat away its value?

It’s questions like these that also prompted people to sell the pound and sell UK government debt, forcing the Bank of England to step in.

As such, a lot of people are willing her to fail. The crisis that forced the Bank of England’s intervention was preceded by a report from the International Monetary Fund (imf), attacking the government’s tax cuts and saying they would increase inequality. That’s a political judgment, not an economic one, and outside the remit of the imf. The imf is run by Kristalina Georgieva, a former European commissioner. With Truss championing a hard Brexit, the EU and its supporters are strong adversaries.

Allister Heath wrote in the Telegraph that the pound crisis “was an ideological, visceral reaction to a government financial institutions don’t properly understand. The elite mood music in 2022 is set by left-wing American economists and a hysterical Twitterati that loathes Truss, Brexit and supply-side economics.”

So there’s the possibility this could blow over—the whole thing blown out of proportion by people anxious to stop the incoming government. The pound has already made up some ground from its lows.

Whatever the immediate causes and the analysis, this is only a problem because British debt is so huge.

Money printing and massive borrowing will cause a crisis sooner or later. The kerfuffle this week shows that the day of reckoning is coming sooner. Britain is finally reaching the end of the road; it will not be able to borrow wads of cash to solve its problems much longer. The effects of our massive spending may not hit immediately—but it’s inevitable. It looks unlikely that the UK will be able to borrow its way out of the next crisis.

America too will have its day of reckoning. It may be able to put that off longer than the UK can. The dollar being the world’s reserve currency means it can get away with more borrowing and money printing before investors start turning away.

But when this crisis hits, it will change the world.

Herbert W. Armstrong wrote in 1984 that a massive banking crisis in America “could suddenly result in triggering European nations to unite as a new world power, larger than either the Soviet Union or the U.S.” (co-worker letter, July 22, 1984).

We’re heading for a crisis that will change global politics, cripple the U.S., rock the European Union, and destroy democracies.

The pieces for this kind of crisis are already in place. Predicting exactly when is harder. But the events in Britain show it could be coming soon. Before a major earthquake there are often foreshocks. By showing we’ve come to the end of the era of free money, Britain’s pound crisis could prove a foreshock of a much larger crash.

When that crash comes, it will rapidly accelerate world events. Now is the time to prepare.

To get sound biblical advice on how to prepare your finances, read our article “Storm-Proof Your Financial House.”

As that article states: “Jesus explained, ‘[S]eek ye first the kingdom of God, and his righteousness; and all these things shall be added unto you’ (Matthew 6:33). This principle, if applied, is an absolute guarantee against starvation and perpetual poverty. Knowledge of this principle is often the only reason that poor people are able to keep their heads up in the face of adversity. Ignorance of this one principle is the very reason that many wealthy individuals, in the unexpected moment of adversity, consider or commit suicide.”

Spiritual preparation is even more important. Now is the time to learn more about God’s Word and what it says about what is coming. A great place to start is our free Bible correspondence course. Sign up online today.