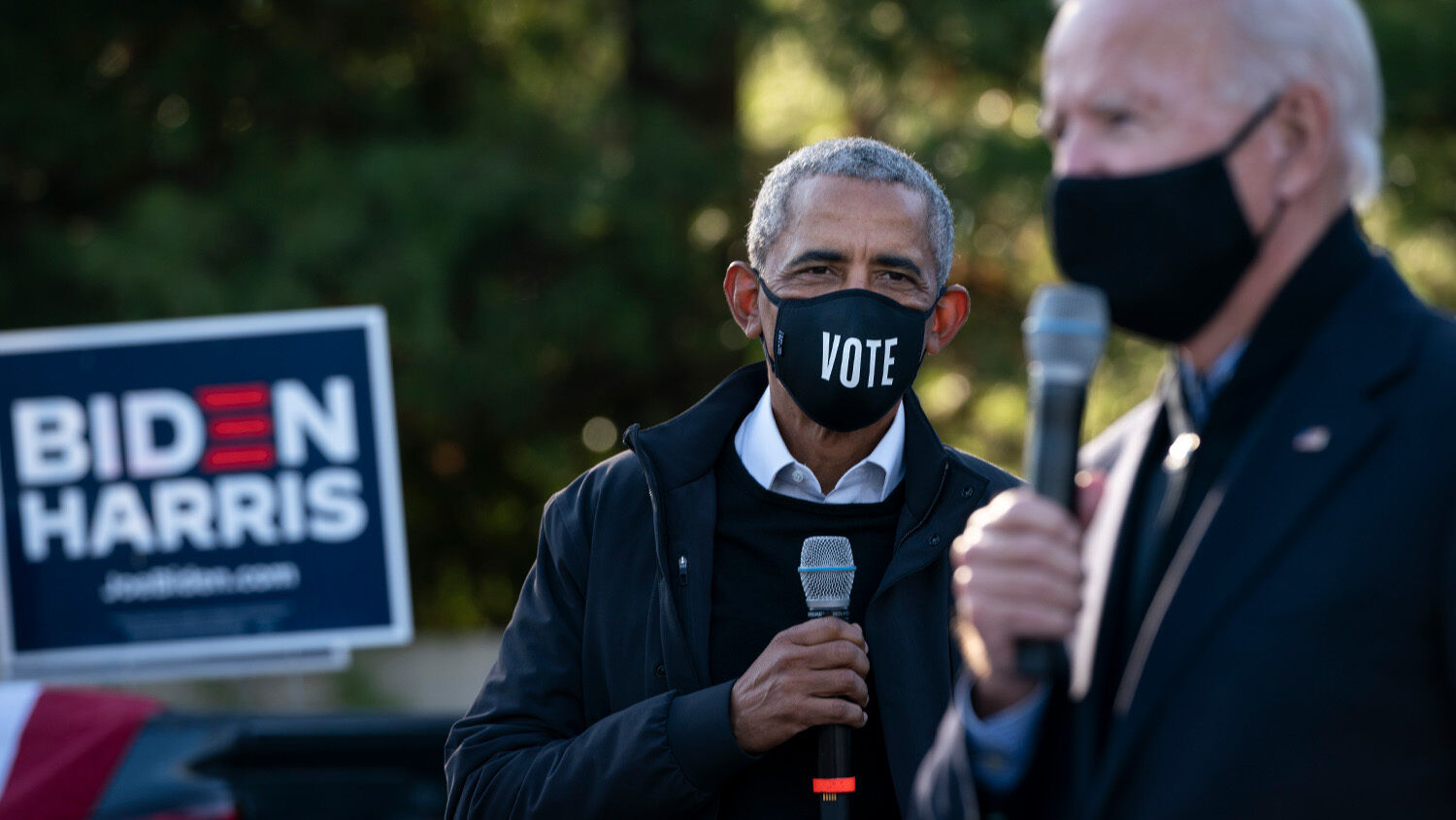 Further exposed: High-ranking fbi officials are shielding the Bidens while prosecuting Trump and his supporters.

If the United States were to fundamentally transform from the freest country in the world to a tyranny, how would that happen? The people would have to degenerate, a massive transfer of power would have to take place away from citizens and their state local governments toward the central government, and those in control would use the secret police and other agents to guard their power and to override and oppress the people.

Does this sound familiar?

Along with other unelected spies, agents, prosecutors and officials, a powerful federal security, surveillance and police bureau whose existence is probably unconstitutional has overridden the people’s right to choose their president and their other elected representatives. It has engaged in evidence tampering, gross misconduct, intimidation and sedition to install a leader and a regime against the will of the citizens. It continues to violate laws passed by the people’s elected representatives for the purposes of protecting that regime and of defaming, pursuing, arresting, jailing, bankrupting, tormenting, prosecuting, imprisoning and denying the constitutional rights of those who protested that sedition.

This has happened in the United States of America.

And the leader of this coup and of this regime is not Joe Biden.

But Biden is the one to sign the orders to advance the agenda, to answer the rare preselected questions from reporters, to speak from the script and deliver the speeches. He is someone who can be controlled, but sometimes he inadvertently goes off script, as he did in his August 25 speech when he rattled off the agenda of legalizing nationwide abortion, banning more firearms, spending billions more on federal social programs, and making changes to the voting process to “make sure no one, no one, ever has the opportunity to steal an election again.”

The script of the liberal-dominated federal government and mainstream media has called for repeated assertions that stealing a United States general election is basically impossible. They often point to the factors that elections are not centralized and votes are not easy to forge—the very same factors that liberals maimed prior to the 2020 election with mail-in and electronic voting “because of covid.” These are the same factors that Biden and other Democrats are now working to permanently kill.

Deep into its agenda of lenience toward criminals, mass illegal immigration, devastating inflation, humiliating foreign policy, racial hatred and child sexual indoctrination, the liberal elites fear they cannot rely on a free and fair election to keep their grip on power. They also fear that they no longer have the “opportunity to steal an election again” by using the same strategies that worked in 2020. They can rely less on secrecy, so they must rely more on force.

More people are finding out what had been kept secret. Shocking information about Biden and his family, particularly his son Hunter, was published prior to the election by the New York Post. But newsmedia outlets and technology companies like Twitter and Facebook censored that information to manipulate the election. A year later, a survey of 1,750 swing-state voters by the conservative Media Research Center stated that censoring negative information about Biden had worked: One in 6 Biden voters said they would not have voted for him if they had known about the corruption, depravity and debauchery that was recorded on Hunter Biden’s laptop, abandoned at a repair shop, reported by the New York Post, but then blocked from their knowledge or portrayed as “Russian disinformation” by tech and media executives.

In a recent survey of 1,335 people, the Technometrica Institute of Policy and Politics found that 8 in 10 believed Donald Trump would probably have been reelected in 2020 if the Hunter Biden story had been truthfully reported.

Why did these executives decide to engage in such clearly manipulative and biased censorship? The answer to that question is the answer to a number of other questions: the Federal Bureau of Investigation.

During an August 26 interview with Joe Rogan, the chief executive officer of Facebook, Mark Zuckerberg, admitted that his team censored the existence of Hunter Biden’s laptop. Why?

“Basically, the background here is the fbi basically came to us, some folks on our team, and was like, ‘Hey, just so you know you should be on high alert. We thought there was a lot of Russian propaganda in the 2016 election, we have it on notice that basically there’s about to be some kind of dump that’s similar to that, so just be vigilant.’”

Zuckerberg claimed he did not remember whether the fbi told Facebook specifically about Hunter Biden’s laptop, but when news about the laptop broke, it “basically fit the pattern” of the Russian disinformation that the fbi had warned about.

Zuckerberg, who himself spent more than $400 million on the 2020 election in ways that favored Democrats, was probably more than willing to make those dollars go a lot further and keep the truth about the Bidens away from American voters: the fbi’s intervention sealed the deal.

The proprietor of the small Wilmington, Delaware, computer repair shop where Hunter Biden abandoned his laptop saw information on it that he thought law enforcement should be aware of. He and his father made contact with the fbi more than once over the course of weeks to try to provide the laptop to the proper authorities. Agents finally collected it on Dec. 9, 2019, nearly 11 months prior to the presidential election. At the time, one agent told the proprietor, “In our experience, nothing ever happens to those that don’t talk about these things.” The proprietor said he now realizes that this was a thinly veiled threat.

He watched the news. No one was reporting what was on that laptop. Later, still prior to the election, two senior Trump administration officials told Fox News that the fbi was in possession of Hunter Biden’s laptop. The fbi surely knew the laptop was legitimate and knew it contained evidence that the Biden family was conducting illicit business with foreign oligarchs, not to mention other horrendous activities. Whistleblowers are now saying that local fbi leaders instructed personnel, “You will not look at that Hunter Biden laptop” and supposedly delayed inspecting it until after the election.

The proprietor, seeing that fbi leaders were not behaving like the proper authorities, went to his backup plan: a backup of the contents from the laptop. He and his father and uncle tried several avenues for making the content of the laptop known until finally former Trump attorney Rudy Giuliani accepted it and it was then provided to the New York Post.

Then the news was out. Or was it?

Facebook censored it. Twitter locked the New York Post’s account and blocked all mentions of the story. Then 50 former intelligence officials misled the country by signing a letter claiming the laptop was “disinformation.”

Journalists, Democrats and anti-Trump commentators across America insisted the Hunter Biden’s laptop story was “Russian disinformation” for 17 months. Then, after the presidency had been seized and the issue had died down somewhat, a passing mention in the New York Times admitted what the fbi and others knew all along: The 103,000 text messages, 154,000 e-mails and 2,000 photos indicating prostitution, drug trafficking, corruption and foreign influence on the Bidens were all authentic.

Investigative journalist Lee Smith has even speculated that the Hillary Clinton-funded false Russian dossier against Donald Trump may have been based on crimes that Hunter Biden actually committed. Whether or not that’s true, the fbi’s biased use of its power is now on full display. We have evidence that the fbi has devoted enormous effort to covering up the actual crimes and corruption of Hunter Biden, as well as his father, while inventing fantastical crimes as reasons for investigating Donald Trump. It has told secret lies in secret courts to obtain secret warrants to spy on and politically harm a presidential candidate (Donald Trump in 2016), and it has basically tampered with evidence to keep secret the truth about the Bidens.

How much more does it take to turn a bureau like this into the secret police?

Historian Victor Davis Hanson says America no longer has a form of government where the people rule themselves through elected representatives.

“I don’t think we’re a republic anymore,” he told Mark Levin on August 15. “I would say we’re in a transition to a radical democracy, and by that, I mean that what anybody wants to do on any given day, if they have power or the votes, they do it. So, we don’t respect immigration law; people in the administration want to get rid of it and make the border open, they do it. If you want to have a warrant for a particular fbi operation, you can find a judge and you do it.”

This is a shocking yet accurate description of today’s America. A regime using armed agents to raid political opponents is not a constitutional republic, it is a Third World-style dictatorship. America’s Founding Fathers set forth a system of checks and balances, separation of powers, balance of powers, and limited government to protect each person’s right to rule himself through his elected representatives. They knew that since “all men are created equal and endowed by their Creator with certain inalienable rights,” those entrusted with governmental power must be limited and accountable in order for the citizen to retain power over his own life. That system is what Hanson and other historians believe no longer exists.

But don’t put your hope in a politician or even in somehow returning to the system the founders devised. The experiment is over. The God who created human beings and who gave America its blessings has already saved this nation from destruction once by defying all odds and granting the presidency to Donald Trump. Keep watching Mr. Trump, the case involving the raid on Mar-a-Lago, and the rallies of his supporters. Bible prophecy states that God will save America again and bring Mr. Trump back, but not without a fight. One of these key prophecies is found in the book of Amos, but as Amos 5:14-15 state, your last, best, only hope is not in Mr. Trump or his movement: It’s repentance toward God. God is going to save America, temporarily, for your sake. Use this opportunity.

Request your free copies of America Under Attack and How to Be an Overcomer, by Gerald Flurry.