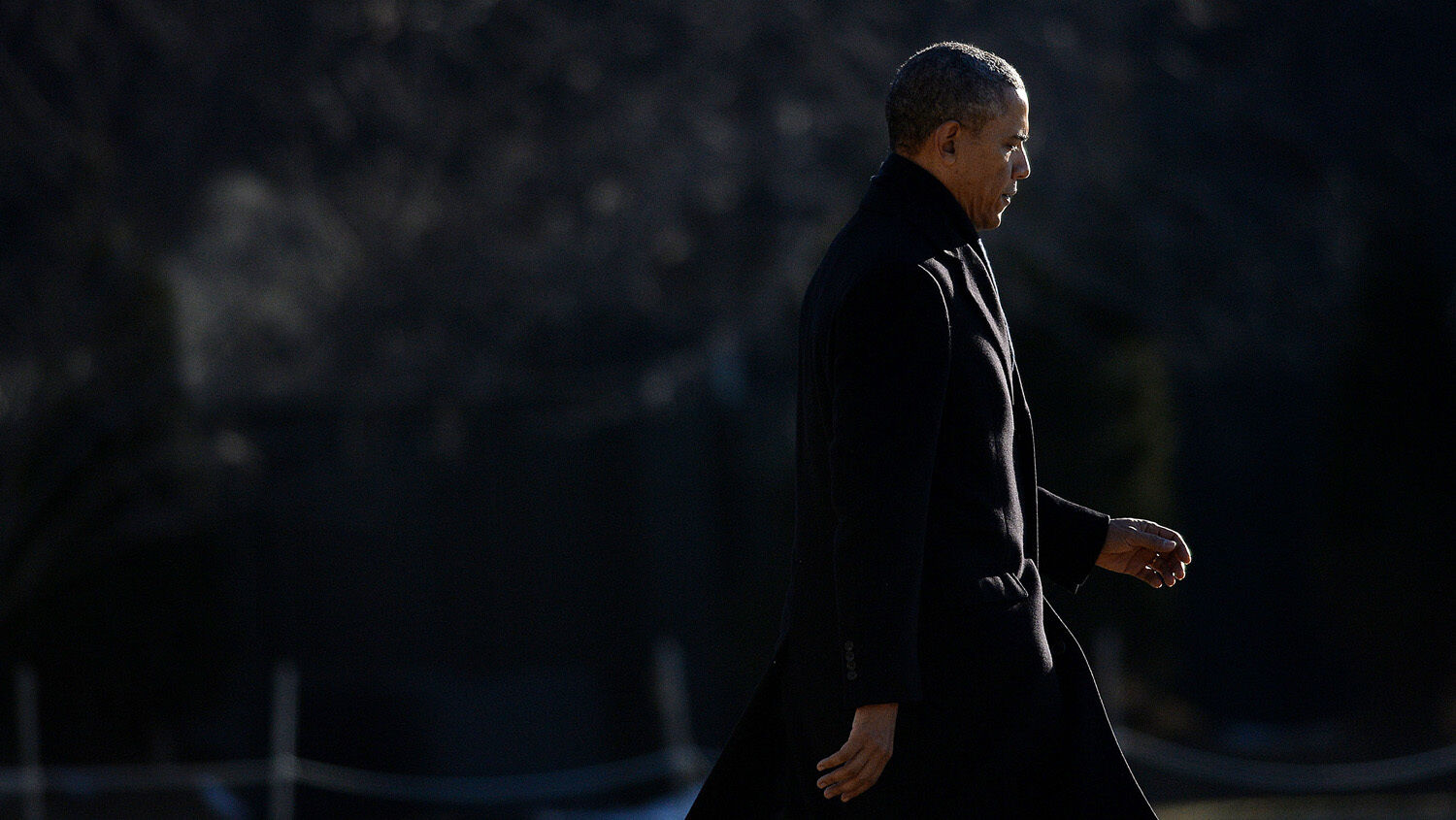 The agents who raided Donald Trump’s home were hired by a man who wants to destroy America as we know it.

No one will say it, but it is becoming more and more obvious every day. This is not Joe Biden’s first presidential term. This is Barack Obama’s third.

Obama led a destructive revolution against the United States, from the top, during his eight years in the White House. During Donald Trump’s four years there, he stopped and even reversed some of Obama’s fundamental transformations. Radical elites inside and outside the government, many of whom were and are connected to Obama, put up immense resistance; and when the 2020 presidential election came, they waged all-out war. That war is still ongoing, with the latest and perhaps most significant battle since the election itself being over an unprecedented raid on Mr. Trump’s personal home.

During and just after the Obama years, government agents spied on journalists, members of Congress and the Trump campaign, and they raided the homes and offices of several of his attorneys. But never in U.S. history have government agents raided a president’s home.

The warrant was approved by U.S. Magistrate Judge Bruce Reinhart and was carried out by the Federal Bureau of Investigation in its latest and perhaps most egregious interference into politics, apparently on the pretext of archiving presidential records. After the public demanded an explanation for the unprecedented raid, Reinhart unsealed the warrant that authorized it, but he also allowed the Department of Justice to redact most of the names of the agents involved. When an unredacted copy leaked to the public, we found out that not only does this attack on President Trump trace back once again to the fbi, but it traces back once again to the exact same agents who have been attacking him for years!

During an interview with Fox News host Maria Bartiromo on August 14, American attorney Kash Patel noted that the fbi raid on Mar-a-Lago “starts and ends with Russiagate.” Yet former House of Representatives Intelligence Committee member Devin Nunes disagreed, saying the fbi’s war against President Trump is really a war against the U.S. Constitution that began years before Donald Trump ran for office. “I think this actually goes back pre-Russiagate hoax,” he said. “I think it goes back to the irs scandal where they targeted conservatives. I think it goes back to Fast and Furious during the Obama administration where they ran guns and tried to set people up, you remember, and innocent Americans ended up getting killed. It goes back to Benghazi; they got away with that.”

Although even Nunes will not say it directly, the sustained attack by a federal policing agency against Donald Trump goes back to Barack Obama!

Obama began weaponizing the government’s administrative agencies against the American people after he was elected in 2008. Both of his presidential terms were filled with scandals, such as the Internal Revenue Service targeting groups with “tea party” or “patriot” in their names. Of course, these scandals made headlines when they broke, but many Americans did not pay enough attention to them until Patel and Nunes began exposing how the Obama administration tried to frame Trump of crimes in Russia that he never committed. But the witch hunt against Trump is only the latest development in a much larger witch hunt against anyone who believes in Republican principles and traditions like rule of law, separation of powers, equal protection and civil liberties.

In many ways, the Biden administration is even worse than the Obama administration because several of the most radical people Obama appointed to administrative office are now running their respective administrative departments. Freddy Gray, the deputy editor of the Spectator, made this point almost two years ago, when he wrote that “the incoming Biden administration is arguably more Obamaish than the original Obama administration was. In 2008, when Barack won the White House, he was a Washington neophyte who had to contend with the considerable power of the Clintons. His campaign chiefs could only stand aside and gripe as Hillary Clinton, the woman Obama had beaten to become the Democratic nominee, became secretary of state and pushed her allies into the best positions. This time, it’s the Biden campaign people grumbling as Team Obama swoops back in.”

The same Obama appointees who audited “tea party” groups without cause while running guns to drug cartels are now ransacking through Melania Trump’s wardrobe while running guns to the Environmental Protection Agency, the Animal and Plant Health Inspection Service, and the Railroad Retirement Board. So you can say this about Obama’s people: They never get tired, they never give up, and they view every day as another opportunity to gain territory.

“There should be no tut-tutting about the unprecedented fbi raid on Donald Trump’s Mar-a-Lago estate,” reported American Greatness. “It is exactly what it looks like: a show of force against the opposition leader by the head of state and his personal bodyguards. If this happened in any other country, it immediately would be denounced as the act of a dictator. But since it is being done by Joe Biden, the putative leader of our democracy, we are being told to ‘wait and see’ whether this extraordinary action was justified as the Left does a war dance.”

You cannot argue with that logic. If Vladimir Putin, Recep Erdoğan or Daniel Ortega raided the home of a political opponent with no proof they committed a crime, the press would condemn them as dictators. Yet Biden and the Obama appointees who handle him use the “deep state” to bully political opponents while the corporate media give them a free pass. You do not have to open your eyes very wide to see America is becoming a dictatorship or that this is happening because a group of radical Obama appointees have hijacked America’s levers of power.

“Barack Obama came to power by pretending he was a moderate social Democrat, but his goal is to fundamentally transform America into something worse than a Communist dictatorship,” my father, Trumpet editor in chief Gerald Flurry, wrote in his newly updated book America Under Attack. “The late Herbert W. Armstrong warned America decades ago that ‘the Communist Party is not a mere political party, in the sense Americans think of the term. It is a ruthless totalitarian dictatorship. It is run, with absolute power, by a few men at the top—all of whom are completely subservient to one man who is Dictator Absolute. This one-man dictatorship is supposed to be necessary because there may be different interpretations of the Marxist philosophy. Therefore, to prevent division, they must have a supreme interpreter’ (Plain Truth, February 1962). Obama, who was mentored by the card-carrying Communist Frank Marshall Davis, wants to be the supreme interpreter of American communism.”

Although news about Obama went quiet for a while after he left office, we at the Philadelphia Trumpet have kept a close eye on him. In the February 2021 issue, my father wrote that Obama was “at the epicenter of the election crisis and the radical left’s effort to prevent Donald Trump from being reelected!” He based his analysis on 2 Kings 14:23-29, which describe a Satan-led movement in the end time to “blot out the name of Israel from under heaven,” and Daniel 8:12, which exposes an end-time leader who “cast down the truth to the ground.”

We are now getting a clear look at the agenda of this destructive leader. Radical leftists have taken off the mask, and God is exposing their corruption. The nation-destroying problems afflicting America are not blunders made by a senile president. They are intentional sabotage by the man who is really controlling America.