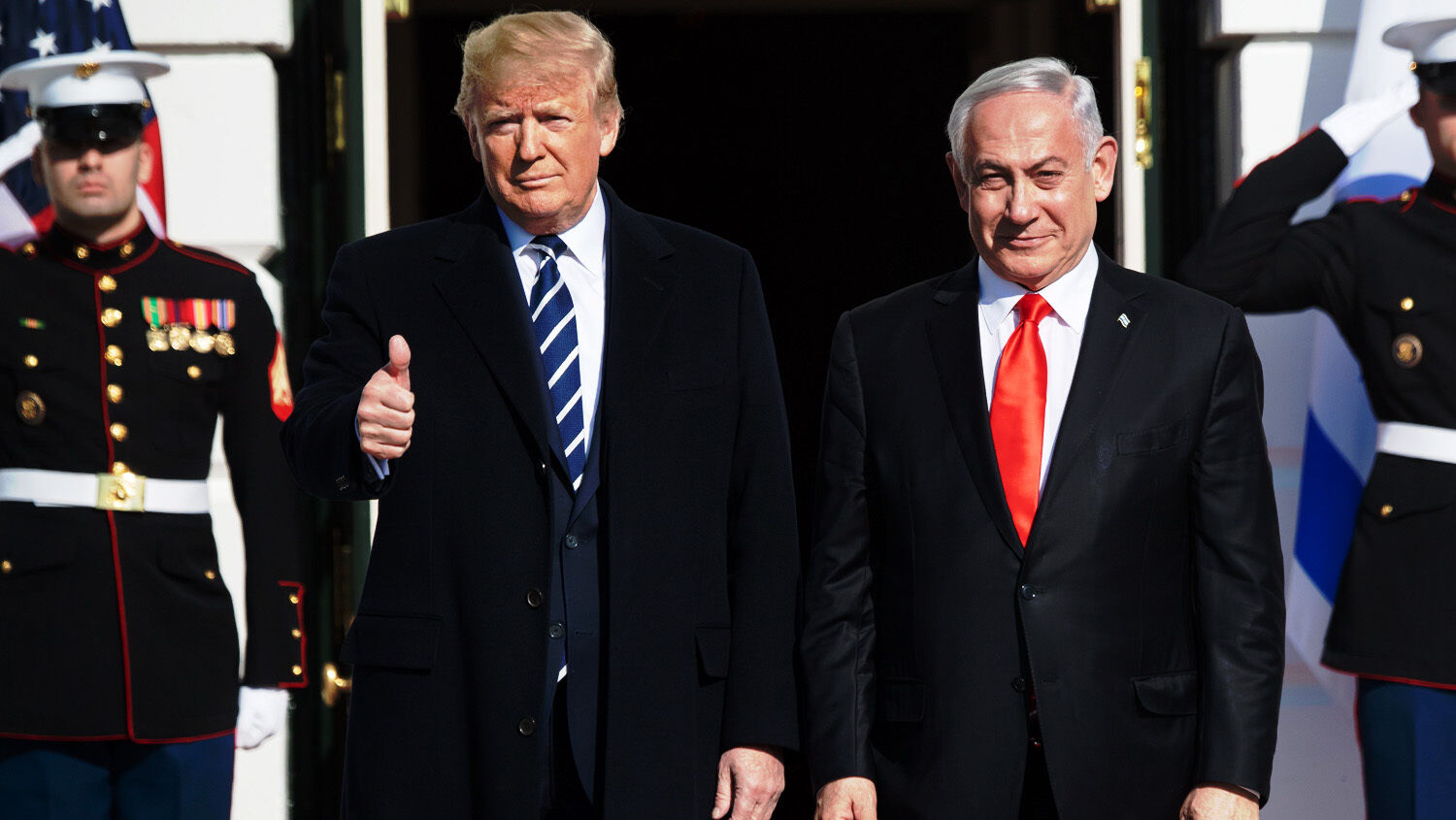 Neither Donald Trump nor Benjamin Netanyahu are known for giving up easily. But did they give up on this deal?

United States President Donald Trump gave former Israeli Prime Minister Benjamin Netanyahu his approval to annex parts of the West Bank in a letter leaked to the Jerusalem Post. The three-page letter, dated Jan. 26, 2020, detailed parts of Trump’s “deal of the century,” which was announced two days later. The Jerusalem Post quoted Donald Trump, saying, “[T]he United States will recognize Israeli sovereignty in those areas of the West Bank that my vision contemplates as being part of Israel.” In exchange, Netanyahu would recognize the creation of a future Palestinian state.

Unsurprisingly, the letter didn’t cause much of a reaction in the legacy news media. The few outlets that covered the story attempted to use it as a wedge between Trump’s family and Benjamin Netanyahu. The letter appears to contradict Jared Kushner’s new memoir Breaking History: A White House Memoir. In it, he says Netanyahu’s announcement on January 29 to move forward with annexation “in the coming days” blindsided them. In response to Kushner’s book, a spokesman for Netanyahu said the allegations were “utterly baseless.”

The media’s contempt for Netanyahu and President Trump is important to remember. That contempt drove their response to “the deal of the century.” In fact, a big reason why the peace deal ultimately failed was due to the media’s concentrated barrage of misinformation and vitriol against the deal. At the time, the media claimed the deal allowed Israel to annex parts of the West Bank immediately and unconditionally. But that simply wasn’t true. As this leaked letter proves, before Israel could annex the promised 30 percent, it had to agree to the creation of a Palestinian state. Thus, one of the key stipulations of the deal would be the realization of the West’s two-state solution.

One might argue that this seems like a small price to pay on Israel’s part. But consider these are the same people who have called for Israel’s destruction. To place an independent Palestinian state within Israel’s borders is no small ask. Imagine making New York, Pennsylvania, West Virginia, Virginia and Ohio their own country. Now imagine filling it with missiles and religious zealots whose stated holy mission was the destruction of America. That is the situation Israel faces right now.

The real problem for the media and the West’s liberal elite was the conditions the deal placed on the Palestinians. If the Palestinians agreed to reject terrorism, renounce any intention to destroy Israel, and make real tangible efforts toward peace with Israel, they would receive an independent state. The liberal media establishment believed Trump would never go through with a Palestinian state. Thus, they condemned the deal as “a smokescreen for annexation.”

With all the negative press, backlash from the international community, and fractured Israeli opinion over annexation, Netanyahu and Trump allowed the deal to silently slip into the dust bin of history. Shortly thereafter, the much more publicly appealing Abraham Accords were announced and signed.

The hostile legacy media completely missed or ignored the real story regarding this leaked letter. This letter shows how willing Netanyahu and Trump were to create and accept a Palestinian state. That willingness may become more relevant in the coming months.

Consider that Trumpet editor in chief Gerald Flurry has been prophesying of Trump’s return to the White House ever since Joe Biden stole the 2020 election. Couple that with the upcoming Israeli elections set for November 1. Netanyahu is still Israel’s most popular politician and stands a real chance to win back the prime minister’s office.

So is the “deal of the century” really dead?

There are three reasons why this deal may pop up again. First, in 2020, one of Netanyahu’s key campaign promises was to exert Israeli sovereignty over more of the West Bank and Jordan. The “deal of the century” would have allowed him to do just that. Second, Trump and Netanyahu have never officially renounced or scrapped the deal. Third, neither man is the type to give up so easily on anything. Trump built his foreign-policy legacy on the Middle East peace deals he helped foster. When he returns to office, is it hard to imagine him trying to build on his previous successes?

Mr. Flurry warned against this deal in his Trumpet article “Will the Trump Peace Plan Bring Peace to Israel?”, writing: “If implemented, this plan puts a Palestinian state on the doorstep of Jerusalem and surrounding almost every Jewish settlement in the West Bank. It doesn’t create two states side by side with one continuous border: It is a series of roads, tunnels and overpasses connecting islands of Jewish communities in the West Bank, each surrounded by a historically hostile people. … Such an arrangement wouldn’t bring peace. It would actually create a dangerous wound for the Jews!”

Mr. Flurry was very deliberate in his choice of words because he was citing a prophecy in Hosea 5:13, which reads, “When Ephraim saw his sickness, and Judah saw his wound, then went Ephraim to the Assyrian, and sent to king Jareb: yet could he not heal you, nor cure you of your wound.” As Mr. Flurry has explained, the Jewish state of Israel today is “Judah” in Bible prophecy, and “his wound” is the Israeli-Arab peace process. “The real wound is spiritual: a lack of faith in God,” Mr. Flurry wrote. “The Jews keep trying to heal themselves by making peace pacts. They were strong when they trusted God.”

Whether it’s Donald Trump’s “deal of the century” or another peace deal, “the efforts to make peace with the Palestinians are prophesied to fail catastrophically!” Mr. Flurry wrote. But all is not lost, there will be peace in the Middle East! When all of man’s peace efforts “fail catastrophically,” it will trigger the events leading up to the return of Jesus Christ. When He returns, Christ will force mankind to finally have real peace. And He will start by bringing peace to the most violent and blood-soaked city in human history: Jerusalem.

To learn more about where the Israeli-Arab peace process is leading, please read Gerald Flurry’s article “Will the Trump Peace Plan Bring Peace to Israel?” and order your free copy of Jerusalem in Prophecy.