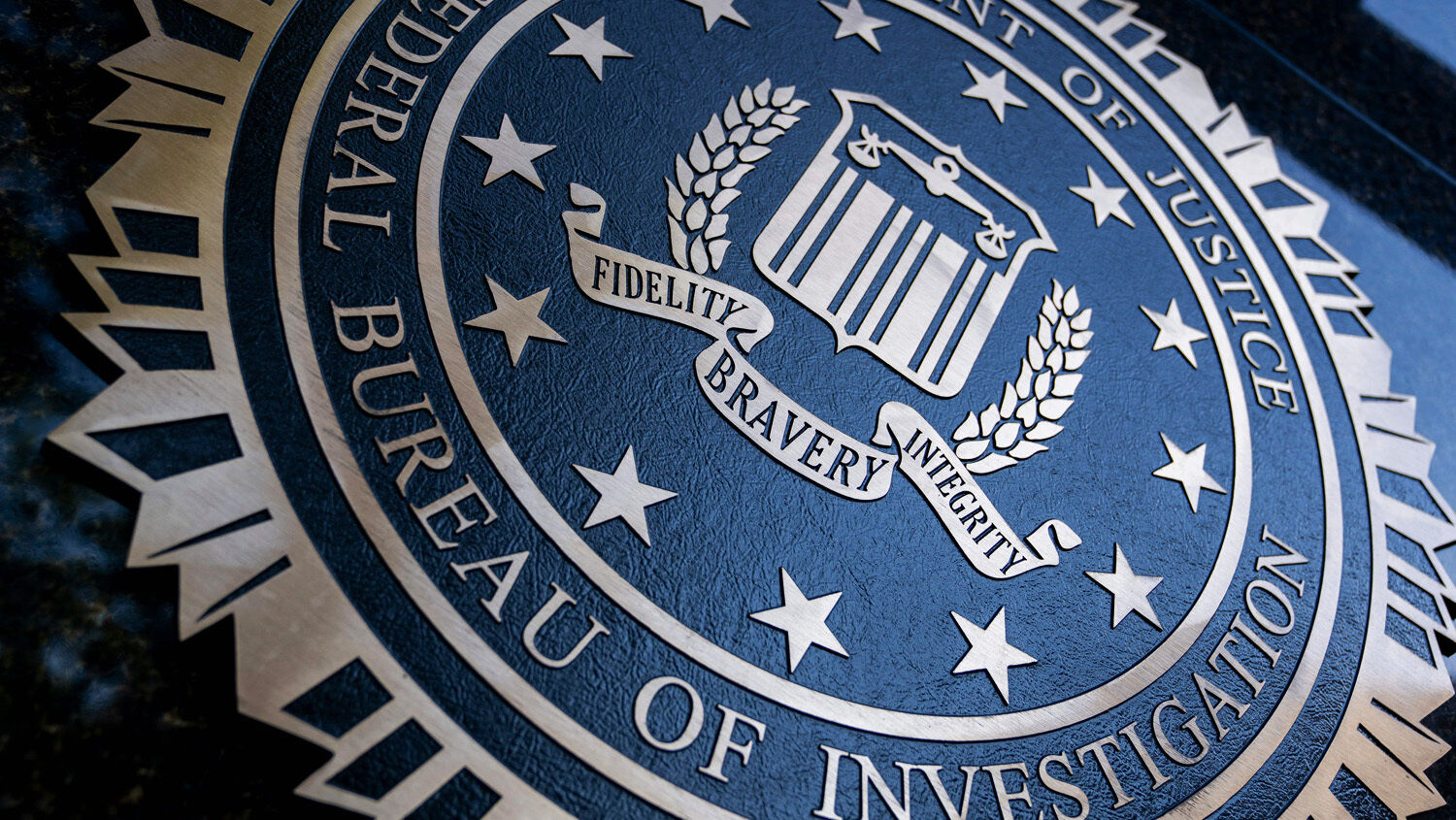 Intelligence agents are using lies to keep the Obama-Biden regime in power.

How far will the Federal Bureau of Investigation go? It lied to obtain a warrant to spy on the campaign of Donald Trump in 2016. It contorted itself to avoid political harm to his opponent, Hillary Clinton. It raided the homes and offices of three of the president’s attorneys in 2018, 2021 and again this year. It raided the apartment of an investigative journalist to intimidate those who published information relating to Joe Biden. It has confronted people who have worked with the president, seizing their phones and even putting one in jail for a short time. And it has infamously put dozens of less powerful Trump supporters in jail without trial or any semblance of due process for more than a year.

It is now undeniable that the fbi has been weaponized against conservatives.

According to a report from investigative journalist Paul Sperry, the fbi agents and officials who were involved in the raid on President Donald Trump’s Mar-a-Lago home work in the same Counterintelligence Division that investigated Trump during the Russiagate hoax. Many of the same people currently under investigation for manufacturing evidence saying Trump illegally colluded with Russia to steal the 2016 presidential election are now searching through Melania Trump’s wardrobe for anything they can use against her husband.

Instead of presenting actual evidence that President Trump committed a crime that must be investigated, the fbi simply authorized agents to seize “any government and/or Presidential Records made” during Trump’s term in office. The American people should not be surprised at this level of corruption.

The fbi is morphing into the paramilitary arm of the Democratic Party.

Do not expect fbi Director Christopher Wray or his underlings to apologize for their role in spreading Russiagate and numerous other hoaxes. During a Senate Judiciary Committee hearing on August 4, four days before the Mar-a-Lago raid, Wray refused to confirm that the Russia collusion story was a hoax or that the Hunter Biden laptop was not Russian disinformation (despite overwhelming evidence that Trump was innocent and Hunter was guilty).

Sen. Marsha Blackburn asked Wray, “Do you agree that the allegation of secret collusion between President Trump and Russia was a hoax, yes or no?” Wray dodged the question, saying, “I don’t think that’s the terminology I would use. But I think there’s been a lot written on this subject, both in the special counsel’s report, the inspector general’s report.” Blackburn doubled down and asked Wray to answer her question with a simple “Yes” or “No.” But Wray dodged again, reiterating that “hoax” was “not a term I would use.”

Special Counsel Robert Mueller’s 2017–2019 investigation found no evidence of Trump colluding with Russia. Inspector General Michael Horowitz’s report outlined 17 treasonous crimes the fbi committed in launching the Trump-Russia investigation that he identified as “significant errors or omissions.” Special Counsel John Durham’s report revealed that the Hillary Clinton campaign was working with Russian operative Igor Danchenko to feed the fbi information that Barack Obama and fbi officials already knew was false. Yet for some reason, the current director of the fbi cannot bring himself to say that the Trump-Russia hoax was a hoax.

What’s equally shocking is that Wray refuses to admit that Hunter’s laptop was not Russian disinformation. When Blackburn asked Wray, “Do you agree that the Hunter Biden laptop was not Russian disinformation?” he replied, “Now you are asking about an ongoing investigation that I expect our folks to pursue aggressively, and I just can’t comment on that.” You read that correctly. Even the New York Times admits Hunter’s laptop full of evidence of corruption, drug use and debauchery is real, but the director of the fbi refuses to comment. In a shocking double standard, he refuses to say the thoroughly debunked Russia-Trump collusion narrative was a hoax while simultaneously refusing to say the thoroughly proven Hunter Biden laptop scandal is very real.

Rep. Devin Nunes released 384 pages of text messages between fbi agent Peter Strzok and the woman with whom he was committing adultery, proving that the fbi was working with Obama to frame Trump for a crime he did not commit. Yet the fbi still will not admit that its Crossfire Hurricane investigation was fraudulent from the beginning. That would allow people to see that Obama’s fbi was trying to control the presidency!

It is no coincidence that many of the men behind the Russia collusion hoax were trained by card-carrying Communists. Barack Obama was mentored by Frank Marshall Davis. Obama’s single closest adviser, Valerie Jarrett, is the granddaughter of Robert Taylor, one of Davis’s closest associates. And Obama’s Central Intelligence Agency director, John Brennan, literally voted for a Communist Party usa presidential candidate.

Herbert W. Armstrong warned that communism was the devil’s tool to destroy governments, the United States government in particular. “Satan is not a visible red devil with tail, horns and a pitchfork,” he wrote in 1951. “The real Satan is invisible. The world doesn’t see him or recognize his works. … It doesn’t grasp the diabolical deception of communism—Satan’s economic delusion, employing propaganda based on false economies as its first arm of attack, backed up by the Red army, as the means of putting its third arm, totalitarian government, in power over the whole Earth.”

The Obama-Biden administration is filled with Communists who want to destroy America’s constitutional system of government and replace it with totalitarianism. That movement has made enormous progress for decades now by influencing the culture and educations of young Americans. But resistance to that movement finally coalesced around Donald Trump.

If these facts sound outlandish, consider this letter from a January 6 political prisoner. “I’m a January 6th political prisoner being held in the D.C.-Gulag. My name is Sean McHugh,” he wrote. “I’m being held in very inhumane conditions in the [Department of Justice’s] effort to try and make me plead guilty under duress. I believe they are trying to do this because I had direct contact as seen on video with Ray Epps, an individual who has been reported by multiple media sources to possibly have fbi connections and involvement for incitement. At the very least he appears to be a government cutout protected by a lawyer who was formally known as an employee of the fbi. In fact, the fbi has covered for him by scrubbing his name from the most wanted list for January 6th after real journalism exposed his identity.”

McHugh is a California business owner and father of four who joined the rally to protest election theft at the Capitol on Jan. 6, 2021. He was accused of assaulting police during the protest and arrested, but he alleges that the real reason he has been in prison for nine months is that he was recruited by Epps to use his megaphone to convince others to go into the Capitol building after President Trump was finished speaking. His letter is vague concerning whether or not he did what Epps asked, but it is specific about questioning why Epps has not been prosecuted like the rest of those who trespassed onto Capitol grounds. All the evidence suggests that the fbi intentionally used Epps and perhaps others to prod people who would not have otherwise done so to cause trouble at the January 6 protests. The vandalism and fighting provided a reason for Congressional representatives to forgo speeches about election theft and for Vice President Mike Pence to certify the Electoral College votes without question.

Chilling video footage shows Capitol police launching flash-bangs into peaceful crowds of January 6 protesters, more evidence that it wasn’t just Epps and others posing as Trump supporters who were trying to provoke the crowd into fighting.

The only chance President Trump had to remain in office required Congress to go into session, stay in session as about 150 of Congress’s 535 members presented evidence of voter fraud in certain states, and remain in session so that representatives could vote on whether to certify the electors in those states. If they did not certify those electors, it was possible that the electoral votes from those states would be determined by the state legislatures rather than the tainted official electoral count.

Instead, the riot pressured members of Congress to go quiet rather than risk being portrayed as part of an unconstitutional plan to overthrow the election by violence. After the protesters were dispersed and members of Congress returned to the Senate Chamber, Rep. Paul Gosar of Arizona and Sen. Ted Cruz of Texas objected to Arizona’s election results. But both houses of Congress voted to overrule their objections. Later, Rep. Scott Perry of Pennsylvania and Sen. Josh Hawley of Missouri objected to Pennsylvania’s election results. Again, both houses overruled them. So at 3:44 a.m. on January 7, Vice President Pence, having declined to intervene to stop the certification, announced that Joe Biden had won the presidency.

If this is not a Communist-style, authoritarian power grab, then I do not know what such a power grab would look like. The radical left will stop at nothing to seize power!

In fact, the whole government is sick, as God prophesied in Isaiah 1:5-6: “Why should ye be stricken any more? ye will revolt more and more: the whole head is sick, and the whole heart faint. From the sole of the foot even unto the head there is no soundness in it; but wounds, and bruises, and putrifying sores: they have not been closed, neither bound up, neither mollified with ointment.” This passage describes cause and effect. The head, or government, is sick. But why? Because the people are “laden with iniquity.” America’s corrupt government is a nation-destroying problem brought on by the fact that covetousness, family breakdown, hatred, idolatry, murder, and sexual sins have consumed America.

More and more Americans are realizing that there are serious problems in Washington, D.C., but almost nobody realizes that God does not place the primary blame on political leaders the way many political commentators do. In the end, government corruption is correction from God to help people see their sins and repent. Americans must come to realize that only God and the Bible can solve the serious problems in their government. For a deeper understanding of the missing dimension to America’s decline, please read America Under Attack, by Trumpet editor in chief Gerald Flurry.