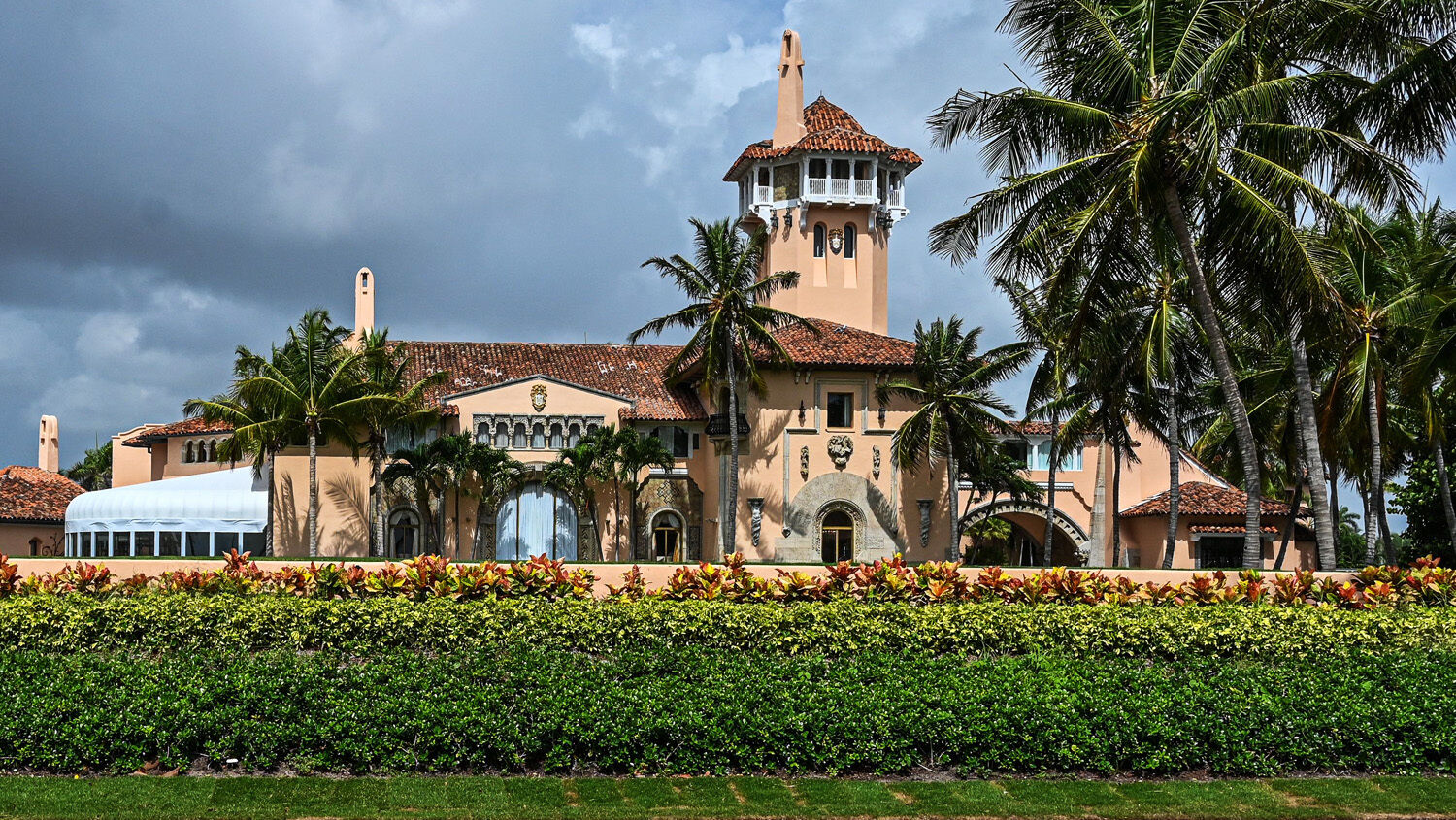 Is this ‘deep state’ attack really just about the National Archives?

Dozens of armed agents working for the Federal Bureau of Investigation raided United States President Donald Trump’s home yesterday, breaking into his safe and confiscating memos, letters, e-mails and documents. What is the legal justification for the raid? That is somewhat hazy, but it reportedly involves retrieving classified information in relation to the National Archives and the Presidential Records Act.

The New York Post reported that the warrant was approved by a Florida federal magistrate judge who once worked as an attorney for people close to serial pedophile and sex trafficker Jeffrey Epstein.

“These are dark times for our nation, as my beautiful home, Mar-a-Lago in Palm Beach, Florida, is currently under siege, raided and occupied by a large group of fbi agents,” Mr. Trump wrote in a statement. “Nothing like this has ever happened to a president of the United States before. After working and cooperating with the relevant government agencies, this unannounced raid on my home was not necessary or appropriate. It is prosecutorial misconduct, the weaponization of the justice system, and an attack by radical-left Democrats who desperately don’t want me to run for president in 2024, especially based on recent polls, and who will likewise do anything to stop Republicans and conservatives in the upcoming midterm elections.”

Can anyone seriously argue that he is wrong? A regime using armed agents to raid political opponents is a Third World-style dictatorship!

Elite Democratic lawyer Marc Elias, who worked for Hillary Clinton’s presidential campaign and funded the dossier used to frame President Trump as committing treason with Russia, said U.S. Code Title 18, Section 2071 will allow Democrats to bar Mr. Trump from ever holding public office again if they can prove he mishandled classified information. Yes, this is the same Marc Elias who worked for the same Hillary Clinton while she was under investigation for mishandling classified information by deleting tens of thousands of e-mails and by using a secret e-mail server while secretary of state.

“The Justice Department well knows that the qualifications for a presidential candidate are set out in the Constitution,” McCarthy wrote in “Trump Raid Not About Classified Documents—It’s About January 6.” “They may not be altered by statute, precisely because the framers did not want the executive branch to be dominated by the legislature, as would happen if Congress could disqualify incumbent or potential presidents simply by passing a law. … Moreover, the Constitution also prescribes the basis for disqualifying a person from seeking the presidency or other federal office: conviction by the Senate on an impeachment article voted by the House. Again, what is prescribed by the Constitution may not be altered by a mere statute. To trigger disqualification, Congress would have to impeach and convict Trump; it cannot be done by criminal prosecution.”

That is exactly what the radical Democrats want to do just as soon as they can manufacture some proof that Mr. Trump thought the 2020 election was fair but wanted to overthrow it anyway.

On July 26, Attorney General Merrick Garland said on nbc Nightly News that his Department of Justice plans to prosecute anyone who was “criminally responsible for interfering with the peaceful transfer of power from one administration to another,” including President Trump. This latest fbi raid is likely proof that Garland meant what he said. Even though the Department of Justice refuses to confirm whether or not Garland personally signed off on Monday’s raid, it seems impossible that such a raid against a former White House occupant could be made without approval from the very top. That implies that Merrick Garland, Joe Biden and, of course, Barack Obama planned this surprise attack on Mr. Trump’s Mar-a-Lago residence.

Since Mr. Trump willingly returned 15 boxes of records to the National Archives last February, there was no need for a surprise raid on his home to confiscate more. Other presidents have had disagreements over what is considered to be presidential records, which they have worked out with the government after they left the White House.

The raiders were obviously looking for something other than National Archives; they were looking for evidence that Mr. Trump knew the 2020 election was not stolen by fraud yet persisted in schemes to prevent Congress from counting votes that would establish Biden’s victory. Evidence like this is the only thing that can be used to bar Mr. Trump from ever holding office again.

Of course, they did not find any evidence that Mr. Trump knew the 2020 election was legitimate, because it was not legitimate. Yet Merrick Garland’s Justice Department will in all likelihood still carry on with its prosecution of anyone who was “criminally responsible for interfering with the peaceful transfer of power from one administration to another.” The Steele dossier and the Russia collusion hoax, as well as previous raids on Mr. Trump’s lawyers, have proved that federal agencies are more than willing to target Mr. Trump to find information they can use against him—or to manufacture it outright.

This is why Barack Obama took such commanding control of these agencies when he was president.

My father, Trumpet editor in chief Gerald Flurry, writes in his book America Under Attack: “Of all the intel agencies, the one Obama wanted control over most was the fbi. The fbi does the domestic investigative work on anyone who needs or holds a security clearance, so control over the fbi put him in charge of who can access what information. … The intelligence branch has full control over what is considered classified information. That is why this ‘fourth branch’ has control over the three actual, constitutional branches: executive, legislative and judicial. When other branches ask for intelligence information, often the agencies will provide it with key parts redacted to hide what is really going on. They control that, without oversight. The only ones who see the whole picture are Barack Obama and his top men. This gives these people unparalleled control!”

The surprise fbi raid on Mar-a-Lago has Obama’s fingerprints all over it. It gives him and the administration he controls new material to redact and edit into the case of the Capitol riot in order to present Mr. Trump as trying to stage a coup against a duly elected president. How evil, when it was Obama and Biden who committed the coup to do nothing less than steal the presidency!

“The only chance of keeping Trump in the White House was not by invading the Capitol, but by keeping it secure while our representatives debated the validity of the election using the entirely constitutional process taking place inside the halls of Congress,” Frank Miele wrote for RealClearPolitics in January. “The riot instantly doomed any chance Trump had of prevailing in his argument that the election was stolen. So ask yourself who benefited from the supposed coup at the Capitol. Not Trump. Not the Republicans who had put themselves on the line to support him with evidence of voting irregularities in several states. Cui bono? Who benefits?”

The only ones who benefited from the Capitol protests were the Democrats trying to stop Mr. Trump and his supporters from calling attention to election fraud and using the constitutional process to address the fraud. Mr. Trump supported a “Save America” rally in Washington, D.C., so that congressmen meeting to certify the election could get a feel for how many people believed it was fraudulent. But the agitators and infiltrators who stormed the Capitol completely undermined what President Trump was trying to do. Some Republican senators had promised to object to the certification of Joe Biden’s “victory,” but then either cowardly declined or were prevented from doing so after the staged insurrection. Rep. Paul Gosar of Arizona and Sen. Ted Cruz of Texas did object to Arizona’s election results before the Capitol was breached, but their objections were overwhelmingly overruled soon after the building was resecured. Later that night, Rep. Scott Perry of Pennsylvania and Sen. Josh Hawley of Missouri objected to Pennsylvania’s election results. Again, both houses overruled them. After midnight—in the darkness, appropriately—Congress officially certified Joe Biden as having legitimately won the 2020 presidential election.

The radical Democrats’ ploy worked: Sensationalize a protest hijacked by rabble-rousers and use it as a pretext to certify the stealing of a presidency. This enabled them to amass more power and to destroy much of what Donald Trump did and much of what is left of the American republic. Now, a year and a half later, radicals in Congress and in the Biden regime are still portraying January 6 as an “insurrection” in an attempt to legitimize an illegitimate regime. This surprise attack on Mar-a-Lago is just their latest ploy to keep people focused on the January 6 insurrection hoax.

In America Under Attack, my father explains something that he has consistently said, right through January 6 all the way to today: that Obama and Biden stole the election and Mr. Trump is the legitimate president of the United States. He also explains that the Bible prophesies Trump will return to power; yet he “will have to fight for it. It doesn’t have to be military action, but it certainly could.”

“For the Lord saw the affliction of Israel, that it was very bitter: for there was not any shut up, nor any left, nor any helper for Israel. And the Lord said not that he would blot out the name of Israel from under heaven: but he saved them by the hand of Jeroboam the son of Joash. Now the rest of the acts of Jeroboam, and all that he did, and his might, how he warred, and how he recovered Damascus, and Hamath, which belonged to Judah, for Israel, are they not written in the book of the chronicles of the kings of Israel?” (2 Kings 14:26-28). My father has repeated this passage many times and has said that it is not just history for ancient Israel but prophecy for its descendants in America today.

Many conservatives think Donald Trump can regain office by running another presidential campaign in 2024. Yet the fbi raids, the level of fbi involvement in the January 6 insurrection hoax, and the collusion between the government, corporate media and other liberals are strong indications that he will have to fight for it. President Trump and his supporters are going to have to fight against impossible odds to restore free and fair elections to America. Yet God promises to restore stability to America to give people one last chance to repent of the sins that have allowed such corruption to take deep root in America’s government!

Request your free copy of America Under Attack.