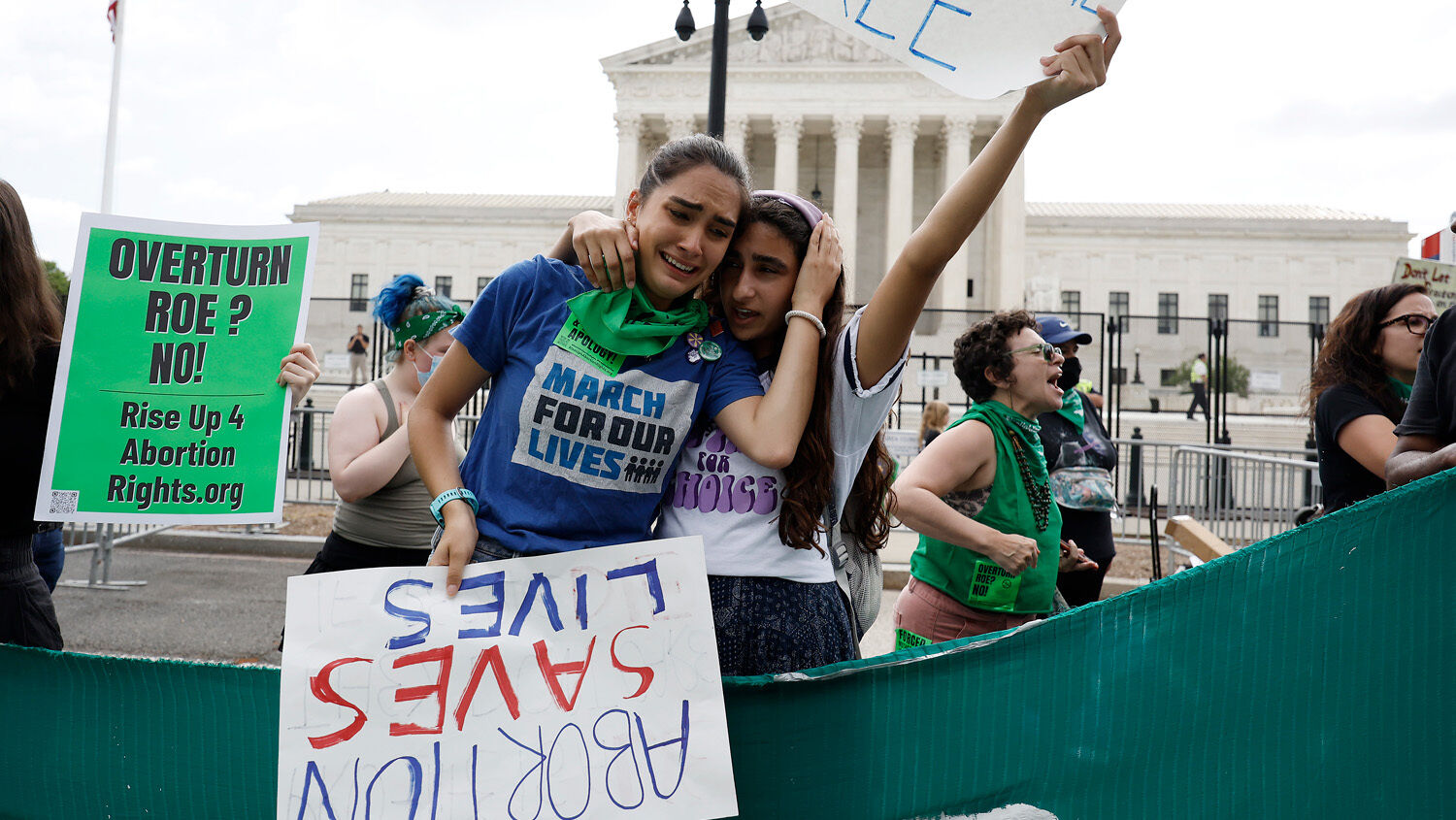 Radical leftists feel threatened by a Supreme Court that is pushing back against their ongoing coup.

As expected, the Supreme Court of the United States officially overturned Roe v. Wade last week. Many felt this day would never come, even though it has been an open secret since this landmark decision was made in 1973 that it was grossly unconstitutional. Activist justices invented a constitutional “right” to abortion that superseded all state laws in order to achieve a progressive cultural political goal. Now Roe v. Wade has been struck down and the issue of abortion, like most other laws, will be decided by state governments and voters.

The day prior to officially announcing its decision on abortion in Dobbs v. Jackson Women’s Health Organization, the court announced its decision on New York State Rifle & Pistol Assn., Inc. v. Bruen, which declared unconstitutional the restrictive gun laws in New York State. The stated strategy of Communist leftists requires destroying family morality and empowering the government at the expense of citizens. So for them, these are two major losses in two days.

Abortion-on-demand is a sacrosanct right to Communist leftists. They went to unprecedented lengths to stop the court from returning the issue to the states. On May 2, an anonymous leaker actually supplied a draft majority opinion written by Justice Samuel Alito to Politico. The draft revealed that the Supreme Court planned to overturn Roe v. Wade.

A draft majority opinion has never been leaked to the public before. America’s shadow president, Barack Obama, undoubtedly had a hand in the timing of this leak. Not only did this leak distract people from a treasonous election, it also generated a firestorm of vitriol from left-wing activists that many hoped would frighten a conservative justice into changing his or her vote before the court officially rendered its decision. Threats, then and now, have been directed at Supreme Court justices’ personal safety: Their home addresses have been posted online, along with instructions for making pipe bombs.

The Communist left is seething with rage. Obama himself slammed the Supreme Court’s decision as an attack on “the essential freedoms of millions of Americans,” and some have rioted. Windows have been smashed; pro-life pregnancy centers and other buildings have been firebombed.

With the unconstitutional judicial activism of Roe v. Wade now undone, at least 11 states have already banned or heavily restricted abortions. Twelve more states are ready to pass similar laws. The violently pro-abortion faction in America may not be large, but it is radical—and it is supported by Barack Obama’s radical regime, including pretender to the presidency Joe Biden.

Robert Spencer at the David Horowitz Freedom Center is wondering whether the Supreme Court’s decision might not be “the Fort Sumter moment that touches off a new civil war.” The way the Communist left is talking and acting, it just might be that moment.

My father, Trumpet editor in chief Gerald Flurry, just released a significantly expanded version of his book America Under Attack. It explains the spiritual dimension behind the attack on American politics, governance, diplomacy, policing, morality, race, sex, tradition and culture. Our editorial department initially hoped to release this book last year, but American politics are changing so quickly that we had to keep working on it up until last week. But just like Obama planned his Supreme Court leak to coincide with the debut of D’Souza’s 2,000 Mules, God may have wanted my father’s book to come out just as Roe v. Wade was overturned. This book explains why protests and riots are gripping America.

Justice Clarence Thomas wrote in his concurring opinion to Dobbs v. Jackson Women’s Health Organization that the same constitutional originalist rationale that allowed the Supreme Court to overturn Roe v. Wade should allow it to correct unconstitutional rulings that protect same-sex “marriage” and contraception access. The culture wars between the Communist left and the religious right are about to get much, much worse in the near future.

Obama wants to tear down America’s constitutional system of government so he can build a new Communist system from the ashes. Obama once taught a class on Saul Alinsky’s approach to “power analysis.” Alinsky was very candid about the need to destroy a nation’s old system before you can build a new one. “[Russian novelist Fyodor] Dostoevsky said that taking a new step is what people fear most,” Alinsky wrote. “They must feel so frustrated, so defeated, so lost, so futureless in the prevailing system that they are willing to let go of the past and chance the future. … A revolutionary organizer must shake up the prevailing patterns of their lives—agitate, create disenchantment and discontent with the current values, to produce, if not a passion for change, at least a passive, affirmative, non-challenging climate.”

There are still dozens of states where a woman can legally kill her unborn child for any reason, but the Communist left is trying to stir up anger, defiance and literal violence against the Supreme Court because that is the only branch of government they do not control. As the Wall Street Journal wrote over the weekend, the left isn’t just angry about guns and abortion. Their outrage also “reflects their grief at having lost the court as the vehicle for achieving policy goals they can’t get through legislatures.” The radicals don’t have broad popular support from everyday voters—but that doesn’t mean they don’t have power.

The Communist left is stirring up an insurrection that threatens the existence of the nation so they can control the government and control the people. There is a reason for the insanity you are seeing out there. It’s never been more important to recognize what my father points out: There is such a thing as evil, it does have a source, there is “spiritual wickedness in high places,” including a “prince of the power of the air” who is heavily influencing America! (see Ephesians 6:12 and 2:2).

Satan has a particularly strong grip on the Communist left today, but he influences everyone on Earth. That is why God reveals him as “the god of this world” (2 Corinthians 4:4). You need to recognize his influence and see his hand behind the attack on America. You really need to read my father’s new book. Preorder a free copy today, and download the online copy so you can print and start reading this message even before the book arrives from the printer the first week of August. By the time America Under Attack begins arriving in mailboxes, the world may be a much different place.