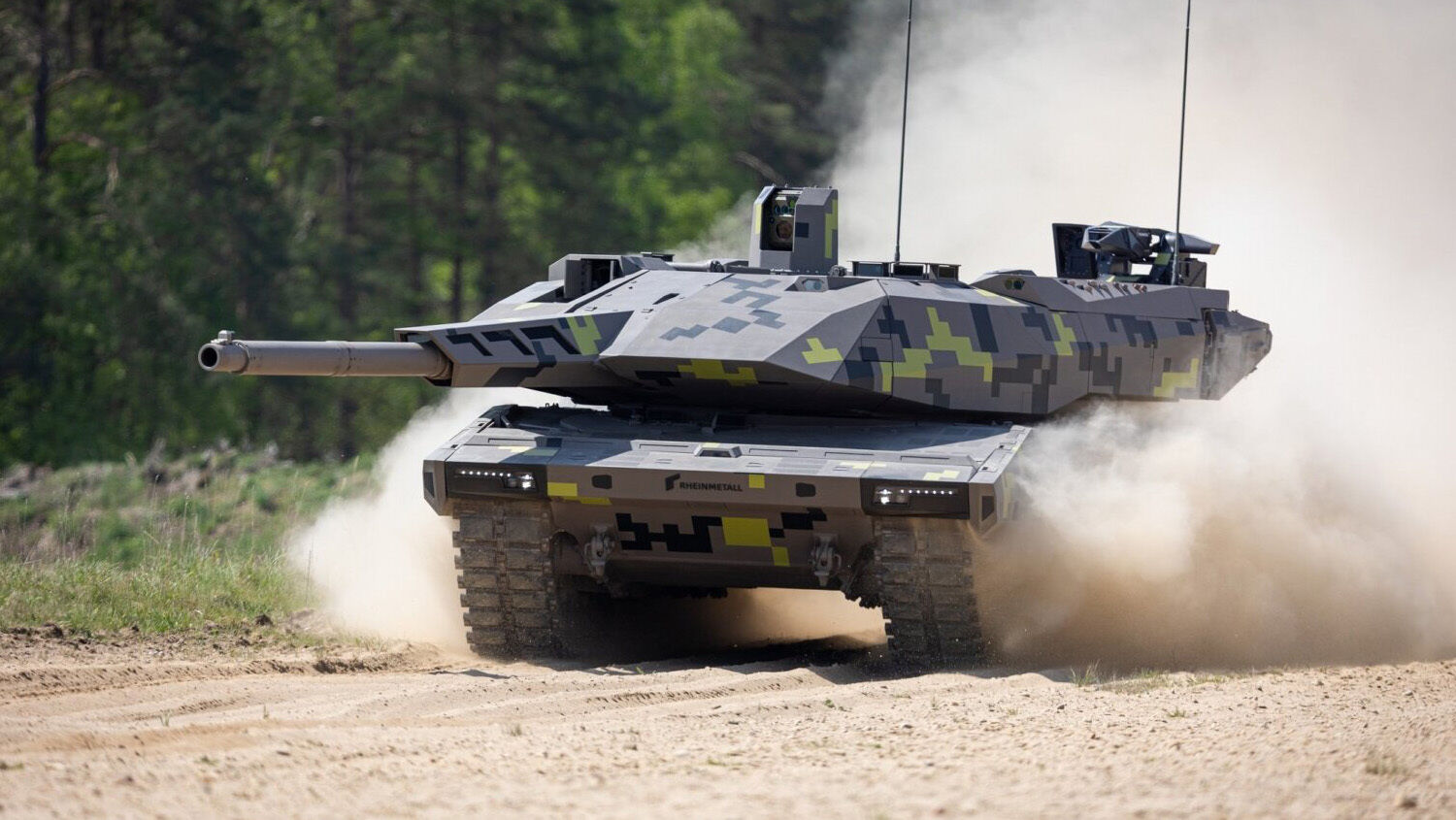 Germany’s Rheinmetall unveiled a new battle tank at the Paris arms fair on June 13. Russia’s invasion of Ukraine has thrown fresh attention on the fair, which exposes the changing dynamics in modern warfare and the need for up-to-date weapons. According to Die Welt, East European nations are “in a hurry” to “rush to the arms fair.”

Rheinmetall called its super tank “a new tank for a new era” and “a game changer for the battlefields of the future.”

Bild said, “The answer to Putin’s super tank is here! The ‘Panther’ has everything it takes to survive on the battlefields of the future and is set to replace the export hit Leopard 2 ….” The newly designed tank addresses some of the biggest weaknesses armored vehicles have experienced in Ukraine: projectiles from above. The Panther is equipped with a special protection system that can intercept incoming missiles and is also capable of remotely using drones—such as the integrated killer drone—and other unmanned vehicles.

Panther’s shots are farther and harder than those of comparable tanks, and it can carry heavier loads. Among its most important innovations is the 130-millimeter smoothbore L51 autoloader gun. It is only slightly larger than current 120-millimeter guns but uses 50 percent greater projectile energy. As a result, the Panther’s cannon can penetrate the frontal armor of the latest Russian tanks.

The Panther is an in-house development by Rheinmetall and, therefore, directly competes with the Franco-German megaproject Main Ground Combat System (mgcs). While the mgcs is unlikely to be available before 2040, the Panther is set to be operational as early as 2030.

French President Emmanuel Macron announced his intention to rethink the defense budget. It is necessary to “adapt the means to the threats,” said Macron. He said EU member states have inevitably entered into a “war economy.” The French defense ministry is also pursuing means for the state to seize civilian companies or materials for military purposes under certain circumstances.

The world sees Germany and Europe as peacekeepers on the world stage. But history warns that Europe has great potential for power. And Bible prophecy warns that power has been lying dormant and is about to rise to full prominence.

“The beast that thou sawest was, and is not; and shall ascend out of the bottomless pit, and go into perdition: and they that dwell on the earth shall wonder, whose names were not written in the book of life from the foundation of the world, when they behold the beast that was, and is not, and yet is” (Revelation 17:8). A “beast” is a symbol for an empire in Bible prophecy. In Who or What Is the Prophetic Beast? Herbert W. Armstrong warned that this is a prophecy of a resurrected European empire, led by Germany.

The whole world thinks the Holy Roman Empire has disappeared. But it hasn’t. To learn more about this dormant superpower, read Trumpet editor in chief Gerald Flurry’s article “Rising From the German Underground.”