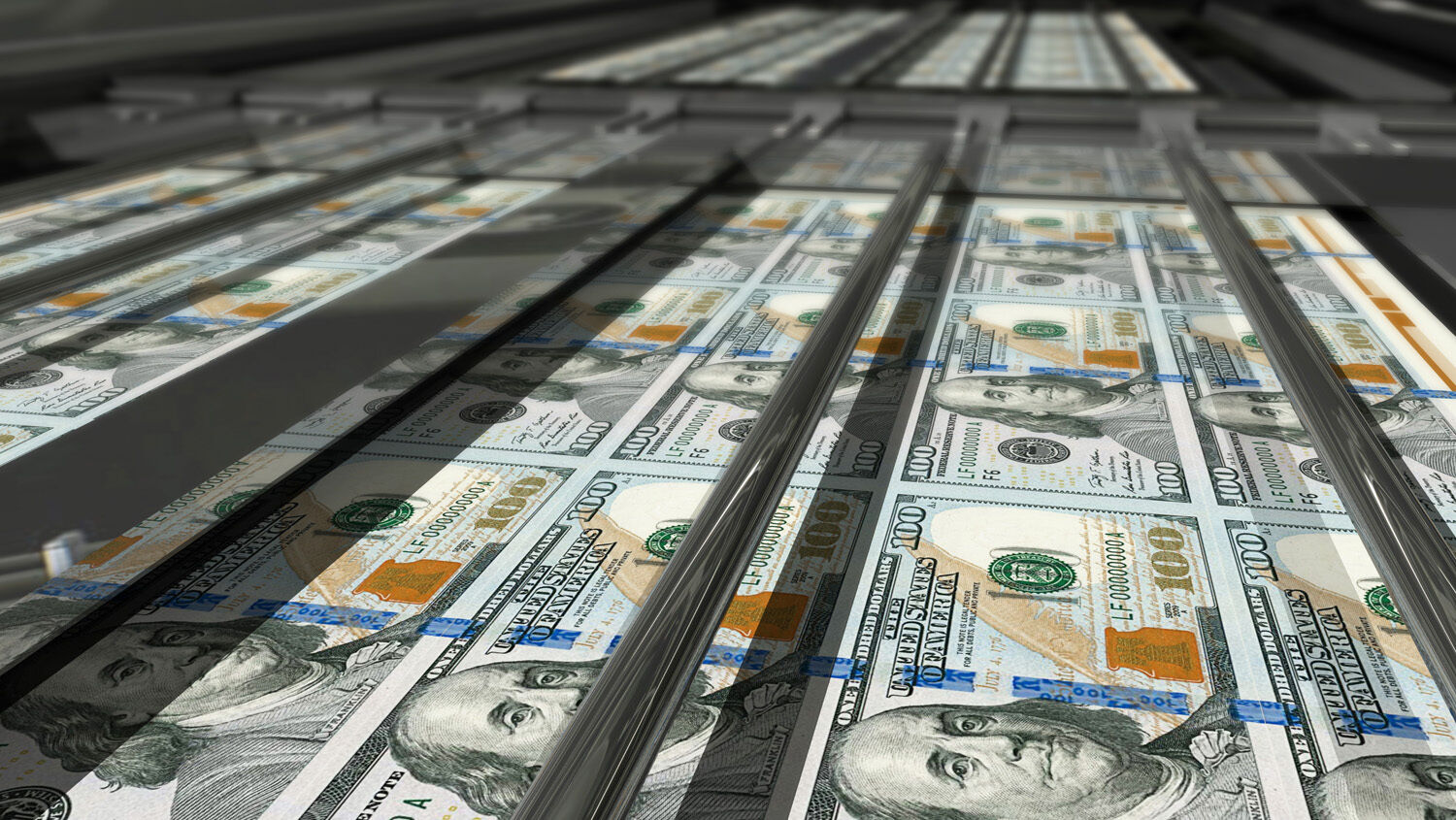 We’re in an inflation crisis. Yet the most surprising thing is that people are surprised.

In the United States, petrol prices just passed $5 a gallon. Inflation stands at 8.5 percent. The average rent is up nearly 20 percent, reaching a record high of $1,827 per month in April. Is there any part of the economy where costs aren’t soaring?

But the most surprising thing about all these price increases is that anyone is surprised at all.

Last week, U.S. Treasury Secretary Janet Yellen admitted that last year she did not see this coming. “I was wrong then about the path that inflation would take,” she said. At least she admitted it. In March 2021, she said the risk of inflation was “small” and “manageable.” Last May, she said, “I don’t anticipate that inflation is going to be a problem.” She wasn’t alone.

Federal Reserve Chair Jerome Powell consistently reassured us that any inflation would be “transitory.” Minneapolis Federal Bank President Neel Kashkari warned people not to “overreact to some of these temporary factors.”

Meanwhile, the U.S. was printing money like no tomorrow. Somewhere around half of all dollars in existence were created during the pandemic. The U.S. government did the digital version of printing money and then handed out about $3,200 per adult in a series of stimulus checks. In the United Kingdom, the government printed money and paid people to sit at home and do nothing.

What on Earth did the experts think would happen?

We stop working for a year and are surprised that we run out of stuff? We print money and are shocked to see it lose its value? This isn’t even basic economics; it’s common sense.

This mistake is a symptom of one of the biggest problems that afflicts the world. This is not just economics—it is a fatal weakness in every area of our lives.

Of course, there’s more to the high prices than money-printing and lockdowns. In Europe, cutting back on fuel imports from Russia is a big part of high prices. In the U.S., it’s the Biden administration’s refusal to tap America’s fuel reserves, leaving it dependent on shocks around the world.

Nonetheless, we keep causing our own problems, and then we’re shocked by the results.

Take covid-19 itself. In the United Kingdom and U.S. two thirds of adults are overweight or obese. Of course, we’re highly susceptible to health problems. One study estimates that an obese person is three times more likely to be hospitalized with covid.

Or look at the tragic school shooting in Uvalde, Texas. Like so many of these attacks, it was carried out by a boy with no father. One in four American children live in a household with no father. Many single mothers work incredibly hard. But many children are in real trouble. Ninety percent of all homeless and runaway children come from fatherless homes. That’s true for 85 percent of all children diagnosed with behavior disorders, and 63 percent of young people who kill themselves. Family is designed to raise happy, well-adjusted young people. Break it, and you break our youth.

Perhaps most tragically of all, we fail to learn from these catastrophic mistakes. We don’t look at effect, work out the cause, and then fix it. Instead, we treat the effect.

Often that treatment involves doing more of what caused the problem in the first place. Georgia is dealing with the high inflation by sending out more stimulus checks. Other states are considering following suit, and some are calling for the federal government to send out another round of stimulus money. So some of the experts want us to deal with high inflation—caused, at least in part, by money printing—by printing more money.

The overwhelming majority of those who died of covid had underlying health conditions. Instead of looking at why so many are sickly and how we can improve diet and exercise, governments issued draconian lockdown orders and forced gyms to close. Again, our solution means more inactivity and ill health—something which contributed to the problem in the first place.

Consider gun violence. This generates a lot of talk about gun control. But who talks about broken families? Instead, society goes mad for “pride month,” celebrating lifestyles that destroy families and harm young people.

This refusal to deal with basic cause and effect gets to the heart of the Trumpet’s message. There are fundamental laws of cause and effect. You do certain things, you reap certain consequences. As Galatians 6:7 states, “Be not deceived; God is not mocked: for whatsoever a man sows, that shall he also reap.”

It’s worth noting Paul begins by saying “be not deceived.” We want to think we can ignore these laws and get away with it.

Often there’s a delay in cause and effect. The U.S. has been printing money for years. But we “got away with it”—inflation didn’t immediately skyrocket. So, the experts concluded they could print whatever they liked.

“True education revolves around learning cause and effect!” wrote Trumpet editor in chief Gerald Flurry. Current world conditions are a result of our own behavior. Instead of looking for a vaccine or a new economic policy to treat the effects, we need to look at the cause.

The Bible itself is a book all about cause and effect. “It alone reveals the inexorable, yet invisible laws that regulate cause and effect, action and reaction—that govern all relationships—that produce happiness, peace, well-being, prosperity,” wrote Herbert W. Armstrong.

God does not want mankind to suffer the painful effects of sin. And so, He shows us how to avoid the cause of this pain. He has a plan to save mankind from this pain—not by dealing with the effect in isolation. That can never work. But instead by bringing man to the point at which he is willing to listen to God’s Word, to change his behavior and live the way that causes blessings.

The further this world gets from God and His law, the further it gets from this basic truth of cause and effect. But soon the effects of man’s behavior will be so painful and so obvious, He’ll have no choice but to consider the cause. God will intervene and teach a humbled world the way that causes blessings and prosperity.

But you don’t need to wait for the world to wake up. You can turn to God and learn His way that causes peace and joy right now.

The Trumpet has many resources to help you with this. Perhaps one of the most thorough is our free Bible correspondence course. This course is more than an academic study of the Bible; it’s an overview of biblical instruction on how to live. You can enroll online here.