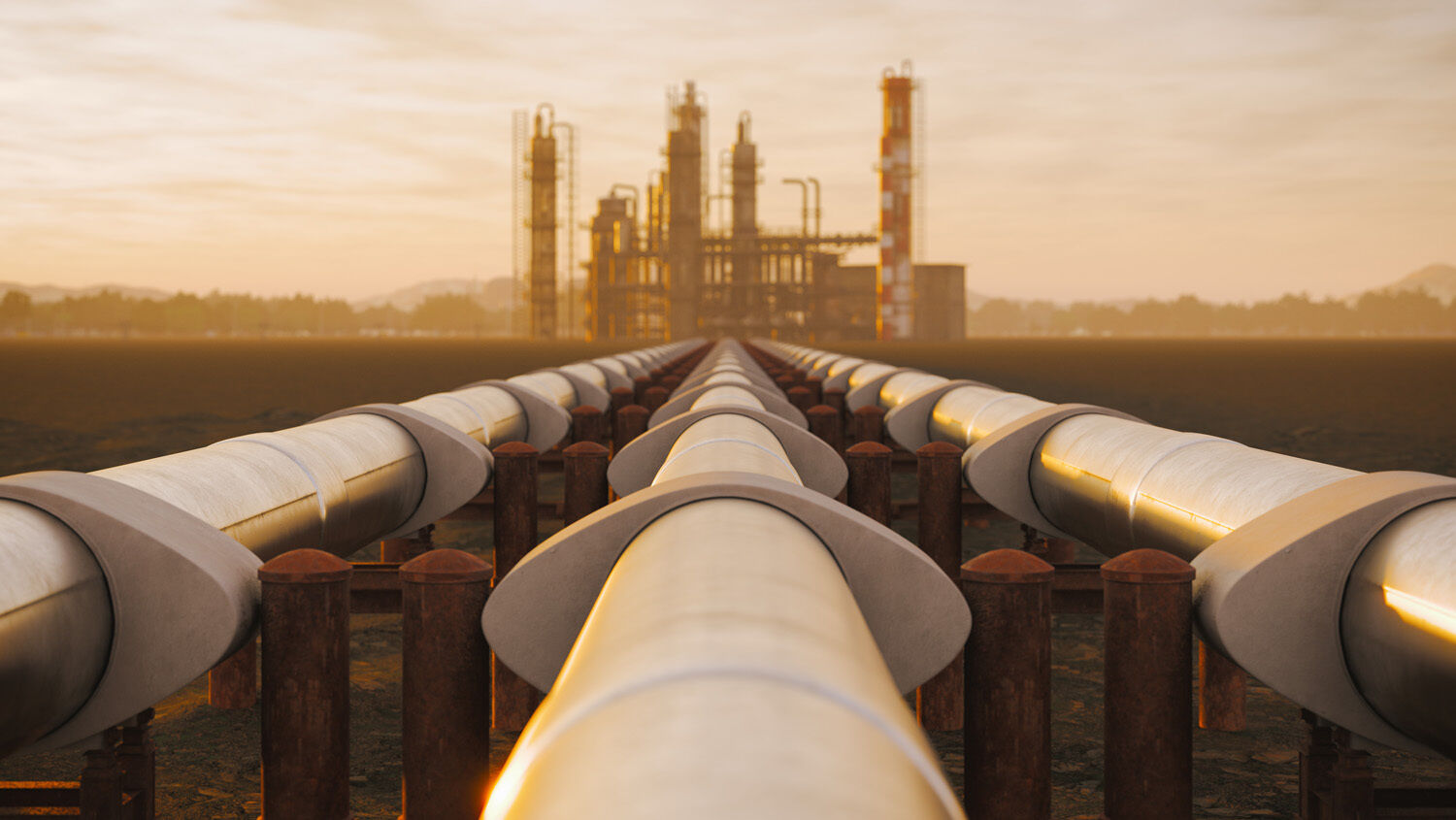 Will the push and pull over energy supply chains result in World War iii?

For decades, Russian crude oil has been flowing into a giant refinery in Schwedt, Germany. Now, Germany is seeking alternative sources in the Middle East, with Economics Minister Robert Habeck having spent weeks traveling the region. Can Germany transition away from Russian energy? Will it?

“Oil is greasy, black and stinky, but 90 percent of everything that is chemically produced in companies in Germany has petroleum as its basis,” Focus Online wrote in 2015. Russia is the second-largest producer of crude oil in the world, pumping about 14 percent of the total world output in 2021. About 60 percent of Russian crude oil exports go to Europe. Since Russia expanded its attacks on Ukraine into open warfare in February, Europe has been looking for alternatives, but those alternatives offer both new possibilities and new dangers.

Oil is vital to the survival of industrial nations, and oil supplies determine everything from economics to politics to the winners and losers of wars.

Repercussions from the war in Ukraine have shown the dangers of relying on Russia for European energy needs. Germany could turn to the United States, but with its government as dysfunctional as it is—and for other reasons—it is turning instead to Africa and the Middle East.

The European Council on Foreign Affairs recently wrote, “Why is Germany’s chancellor, Olaf Scholz, on a visit to Africa now, while Ukraine burns? The two issues are more closely connected than they first appear. Africa holds the key to Europe’s economic resilience, especially as Europe continues to decouple from Russia.” North Africa is home to Algeria, which is a major exporter of light, sweet crude oil and natural gas. It is connected to Europe by a major natural gas pipeline.

Europe is working to form strategic alliances with certain Arab countries. But will alliances with a few of them suffice, or will Germany and Europe decide that control of the entire Middle East is necessary to provide the energy security the Continent needs?

Oil supplies from the Middle East and Africa are also under threat. Each year, millions of tons of oil and gas flow into Europe through narrow sea gates. “Oil has become a chief commodity driving economic growth and military preparedness around the world. Thus, ensuring stability in the Red Sea and its two gates—the Suez Canal and the Bab el-Mandeb strait—became critical to global trade and economic activity—and for maintaining the peace of the world,” wrote Trumpet editor in chief Gerald Flurry in “Iran Gets a Stranglehold on the Middle East.”

But the Bab el-Mandeb strait, as well as the Strait of Hormuz, is partially threatened by another aggressive nation, Iran. Last week, the Iranians highlighted their ability to threaten energy supplies by stopping two Greek oil tankers in the Persian Gulf. The incidents occurred after Greece detained a tanker carrying Iranian oil that was trying to bypass U.S. sanctions.

Europe is not the only major power establishing strategic relationships in the Middle East as America fades from view. Iran is also establishing alliances and terror networks throughout the Middle East and Africa. Many of the objectives run counter to or threaten European energy supplies. There are many indications that Iran’s belligerent behavior and terrorist ambitions in Africa will lead to a clash with Germany and Europe. The strongest indicator is Bible prophecy.

“Northern Africa is turning into a battleground with enormously important prophetic implications,” Mr. Flurry wrote in his 2014 article “Watch Algeria!” This was referring to Iran’s increasing involvement in the region.

“But Iran isn’t the only one interested in Africa,” he continued. “Germany is making strong inroads as well. Both of these powers are racing to get as much control of North Africa as they can. They will inevitably clash with each other.”

Daniel 11:40 describes this clash, stating, “And at the time of the end shall the king of the south push at him: and the king of the north shall come against him like a whirlwind, with chariots, and with horsemen, and with many ships; and he shall enter into the countries, and shall overflow and pass over.” This prophecy is a prophecy of Germany leading a new Holy Roman Empire. This empire will never have peace with Islamist Iran. Both power blocs want control over the Middle East and North Africa. They are heading for a clash!

To learn more about the future of the crucial region of the Middle East and how events there will explode into a global conflict, read Mr. Flurry’s article “The Whirlwind Prophecy.”