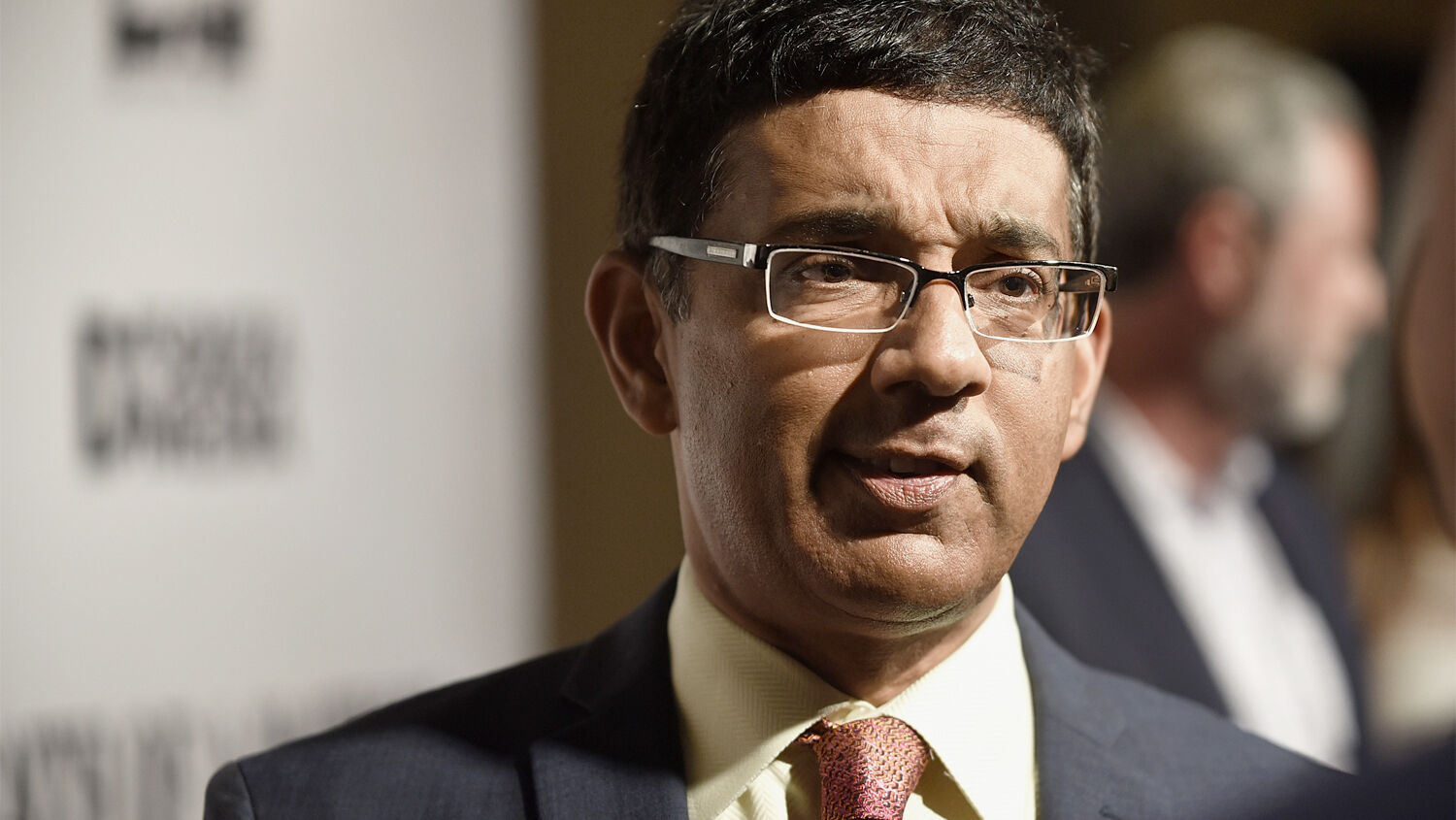 Political censorship is no longer limited to the radical left.

It wasn’t that long ago that Fox News denounced the liberal propaganda media for banning any mention of Hunter Biden’s laptop prior to the 2020 United States presidential election. Yet now Fox News is prohibiting any mention of Dinesh D’Souza’s documentary 2,000 Mules.

You would think Fox would give such a major story wall-to-wall coverage. It won’t even let its hosts—or guests—say the words 2,000 Mules.

Fox News host Tucker Carlson did interview True the Vote founder Catherine Engelbrecht about election fraud on May 9. Engelbrecht is one of the main people D’Souza features in 2,000 Mules. But Carlson’s team specifically instructed Engelbrecht not to mention D’Souza’s documentary. At Newsmax, D’Souza was booked to speak on Grant Stinchfield’s show until the network canceled his appearance over concerns about his documentary. One America News and the Epoch Times are among the few networks reporting the existence and content of 2,000 Mules. Still, even One America News has backed away from its bolder claims: It has been sued by Dominion Voting Systems and Georgia election authorities. They do not want to go back to court for saying there is widespread election fraud.

Many news networks are afraid to report election theft because there is a war against truth in America. D’Souza is starting to realize this fact. He posted the following on Twitter: “Fox hosts and pundits routinely denounce the mainstream media for banning any mention of the Hunter Biden story in the weeks leading up to the election. Fox itself is now banning any mention of 2,000 Mules. Both are important, legitimate stories. So, what’s the difference?”

D’Souza seems surprised that Fox News is censoring his documentary. He shouldn’t be. Fox led the way with stealing the election by calling Arizona for Joe Biden with only 73 percent of the vote counted. Its executives also decided after the Capitol Hill protests that there would be no mention of a stolen election on its network. Fox also refused to cover Mike Lindell’s cyber symposium on election fraud. Why? It does not want you to know the election was stolen.

Yet whether Fox and Newsmax decide to report on 2,000 Mules or not, the geotracking and surveillance video evidence presented in this documentary is overwhelming. “Dinesh D’Souza’s new documentary provides convincing evidence of ballot trafficking,” writes Scott McKay for the American Spectator. “The movie’s title comes from a rough, and very incomplete, count of ballot traffickers True the Vote has identified as stuffing ballot drop boxes in Atlanta (about 250), Phoenix (more than 200), Wisconsin (about 100), Michigan (more than 500), and Philadelphia (some 1,100) during the 2020 election through a very ingenious method. They [True the Vote] bought cell phone data, which is commercially available, and used it to identify who the mules, or ballot traffickers, were. Your cell phone gives off a signal that apps can use to track your location. That’s how you get creepy, hyper-targeted ads that just happen to give you messages about businesses nearby and so forth. That information is traded on the open market—not just about where you are, but where you’ve been.”

The ballot mules have been caught in the act!

Seven years ago, a bipartisan commission studying election practices warned that mail-in ballots were wide open to voting fraud. You can find lawmakers, even Democrat lawmakers, speaking out strongly against these clear vulnerabilities to election fraud, but you have to search for videos that are a few years old. When Donald Trump defeated Hillary Clinton in 2016 and seemed headed for reelection in 2020, radical Democrats claimed that covid-19 necessitated the use of 100 million mail-in ballots. This is a disastrous way to run an election! Obviously, people willing to commit election crimes would be able to do so. The Democrats of pre-2016 would be aghast. But this was pre-2020. Not only did they allow unprecedented election changes, not only did they push them through, but they also then insisted with absolute certainty that Americans should definitely trust the outcome of the 2020 election. It’s almost as if they knew that the most fraud-prone election in American history would go their way.

True the Vote has presented the proof that thousands of people were paid to stuff illegal ballots into drop boxes. Their data shows the election was stolen. Now it’s time to find out: Who paid them to steal the election?

Greg Phillips and Catherine Engelbrecht from True the Vote recently discussed this critical question with the Epoch Times. They revealed that many ballot mules were likely funded by nongovernmental organizations that are linked to former President Barack Obama. True the Vote has analyzed more than 4 million minutes of official surveillance video. You can see one person after another after another photographing themselves with a bundle of ballots before stuffing them into a drop box. They are proving that they committed the election crime they were told to commit so that they could get paid. So someone paid them. People deserve to know the identity of the election theft paymaster, even if Fox executives are determined to keep him concealed.

“America’s entire electoral system is now in shambles,” my father, Trumpet editor in chief Gerald Flurry, wrote last year. “The nation will never have another secure, uncontested election. And it’s all because the radical left engaged in an unrestrained assault on America’s ‘democratic institutions and traditions,’ including the Constitution and the rule of law. Hundreds, even thousands, of people and institutions were involved in this coup, directly or indirectly. Virtually all of America’s top media organizations and personalities were complicit, as well as the powerful tech companies and most of the nation’s top politicians. But behind this vast network of lies, corruption and lawlessness, there stood one man: Barack Obama.”

To date, much of the evidence of Obama’s involvement in the election steal revolves around his efforts in the SpyGate scandal to frame Donald Trump for illegally colluding with the Kremlin. But more and more evidence is coming to light that Obama-linked groups had a hand in recruiting and paying the mules who stole the presidential election.

No reasonable person can honestly conclude the 2020 presidential election was free and fair. And no observant person can honestly reason that fraud made no difference. The propaganda media know that the election was rigged, that a coup against the constitutional government of the United States was committed. But they are afraid to acknowledge it, so they are doing everything they can to block you from hearing about 2,000 Mules, to condition your mind against 2,000 Mules, or to make you think 2000 Mules is just too dangerous to talk about. That’s a real insurrection. And even Tucker Carlson and Fox News will block you from saying the words if you come on his show.

This prophecy is why the Trumpet continues to assert that President Trump will return to power. We do not know precisely how this will unfold, but there is a real chance that nation-shaking election fraud will be exposed this summer!