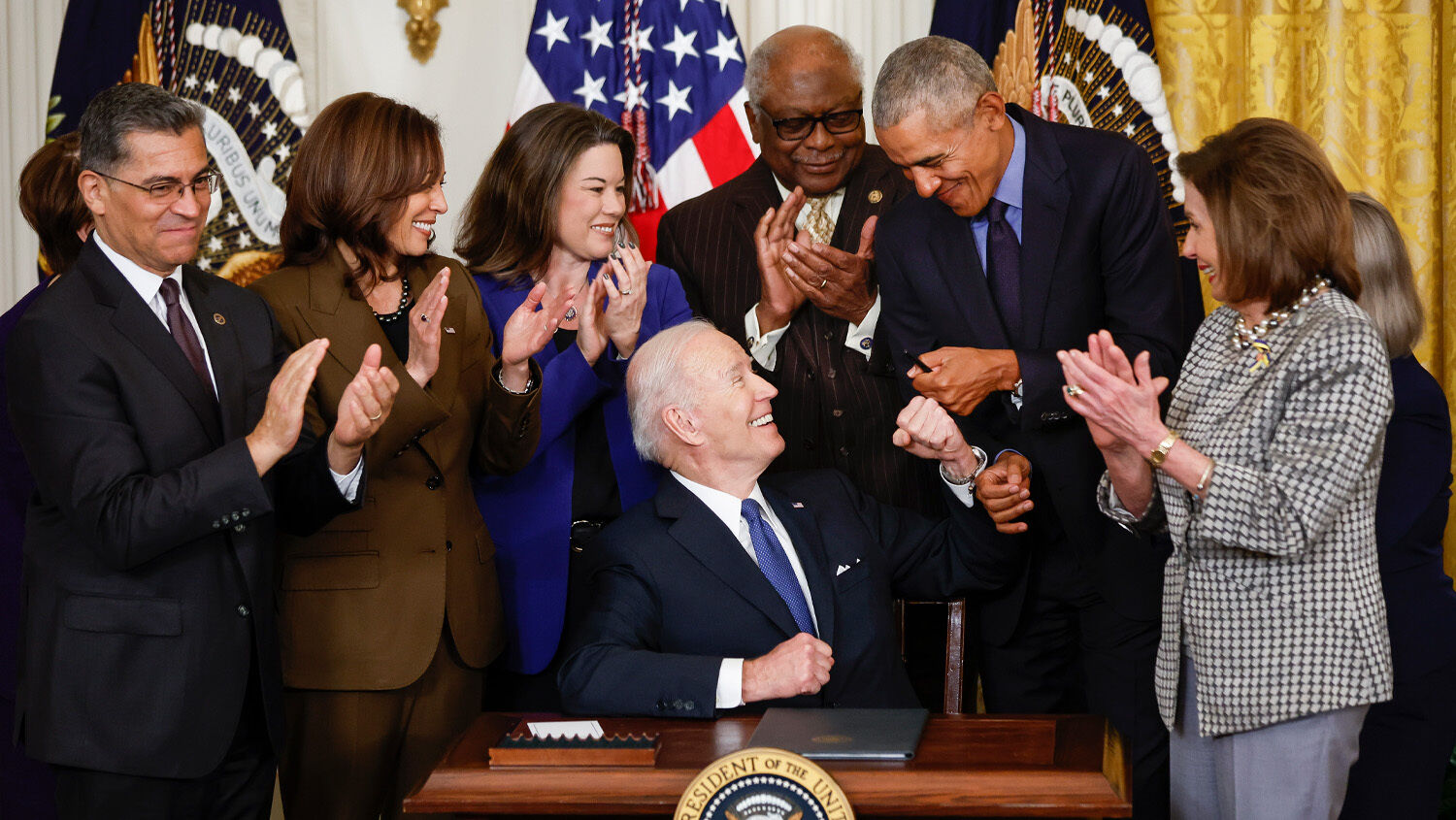 Joe Biden is a puppet for someone who actively wants to destroy the United States of America.

Joe Biden’s cognitive decline is on full display for the world to see. On April 18, the White House held its traditional Easter Egg Roll celebration on the South Lawn. Biden had to be coached through aspects of the event by his wife and some of those around him. While some such prompts would be normal in a situation like this, they reminded the world of Biden’s gaffe-riddled Senate career, basement hideaway presidential campaign, avoidance of regular press conferences and interviews, confusingly unnecessary lies about his past, forgetting the names of major figures, calling only on preapproved journalists, dazed expressions, and watching as his aides shout to drown out the questions of reporters.

Perhaps the peak example of Biden’s fitness for office, or lack thereof, came when Biden began speaking to a reporter about freedom in Pakistan and Afghanistan. Suddenly a giant, fuzzy Easter bunny mascot literally blocked him off, waving its hands in his face and gently but firmly guiding him away from the reporter. The man who supposedly won 81 million votes and who now supposedly wields more political and military power than any other single person on Earth was treated like he was senile by his wife, the bunny (White House press official Meghan Hays) and his other handlers.

A lot of conservatives are angered by Biden, and even liberals are souring on him. But many if not most of them are missing the fact that Biden is not in charge. A giant bunny and a humiliation of the office of president might start to change that.

People will start asking: If Biden doesn’t hold the power of the presidency—who does?

People have also been talking about a recent clip from a Saudi Arabian comedic television show that mocked Biden’s mental acuity as the actor confused names and repeatedly fell asleep behind the podium. The show actually aired prior to the giant bunny incident, so what must the Saudis and the rest of the world be thinking now?

Conservatives have enjoyed sharing these clips and insist that they are part of a much larger pattern showing that Biden is not in control. But conspicuous for its absence is any serious talk—or any talk at all—about who is controlling Biden. Whoever is controlling him is controlling this nation and racing it toward the moral, political, financial, demographic and military cliff. But people don’t really talk about that. Why not?

Despite the involvement of the bunny, this is anything but lighthearted “soft news.” This is a symbol of America’s weak leadership, which has emboldened other nations, like Russia, to act aggressively.

“Who’s in charge of America right now?” the Federalist asked. “Because it isn’t the man getting wrangled by a giant Easter bunny. Given the state of our grocery shelves, southern border, gas prices, job openings, foreign policy, public schools, inflation and health care, it would be awfully nice to know who’s really running the greatest country on Earth. …

“[T]his isn’t just about pointing out the Biden gaffe machine’s perpetual blunders. It’s a serious question: Who is in charge?

“We know it isn’t Joe Biden, and although his wife had the reins on Sunday, we know the first lady’s power is extremely limited. It probably isn’t the person in the bunny suit either.”

Russia is invading Ukraine, China is colonizing the Solomon Islands, Germany is rearming, and Iran is pushing for nuclear weapons. They know America will not stop them. In fact, the Biden administration is encouraging Germany to rearm and helping Iran become a nuclear power. Melanie Phillips reports that the Biden administration offered to remove the Islamic Revolutionary Guard Corps from its list of foreign terrorist organizations if it would promise to not target the Americans who helped kill Quds Force commander Qassem Suleimani. Yet Iran rejected these terms because it knows America will ultimately give it better terms in their ongoing nuclear negotiations. Iran is negotiating with America about its maniacal nuclear program from a position of strength!

The video of the White House Easter Egg Roll celebration is reminiscent of the video from the 12-year anniversary of the Affordable Care Act, which showed Joe Biden wandering aimlessly around the room with no one to talk to and staring at the ceiling while Democrats swarmed around Barack Obama. The Federalist and other news networks can easily recognize that Biden is not running America, but most of these outlets are still at a loss to determine who is running America. It is obviously not Jill Biden, Kamala Harris, Jen Psaki or the Easter bunny. The Federalist actually concludes that America is leaderless. This is a logical conclusion considering how bad things are getting in the nation. But the reality of the situation is far worse than a headless superpower.

Someone is indeed in control, and that someone is intentionally and successfully destroying the power of the United States abroad and at home.

The Easter bunny led Biden away when he uttered the word “Afghanistan” because his disastrous Afghanistan withdrawal was part of that deliberate, planned effort to destroy America and empower terrorists.

“Many people can clearly see that Joe Biden is not really in charge of the government,” my father wrote in his 2021 article “This Isn’t Incompetence. This Is Treason!” “He has filled his administration with Obama-era officials, and Mr. Obama himself is really directing the show! Some say—correctly—that this is effectively Obama’s third term.”

Meghan Hays is just one of a number of former Obama officials in and around the White House. For that matter, so is Joe Biden.

“Many people can see that these are disastrous decisions,” my father writes in America Under Attack. “But we must understand that this isn’t simply the result of ineptitude on the part of this administration, or naivety about how the world really works. We are seeing the aftereffects of a calculated, aggressive, satanic attack aimed at weakening and ultimately destroying the nations of Israel, starting with the world’s most powerful nation!”

2 Kings 14:23-29 describe a Satan-led movement in the end time to “blot out the name of Israel from under heaven,” and Daniel 8:12 exposes an end-time Antiochus who “cast down the truth to the ground.” Together with Revelation 12:9, which reveals that God has cast Satan down to Earth, these verses show that there is a deliberate, planned effort to destroy America. Biden may look lost, senile and incompetent, but he is only a puppet for someone else who actively wants to destroy the United States of America. So expect the domestic and foreign-policy disasters to continue as the Easter bunny and Biden’s other handlers keep him away from the press so he doesn’t say more than he should!