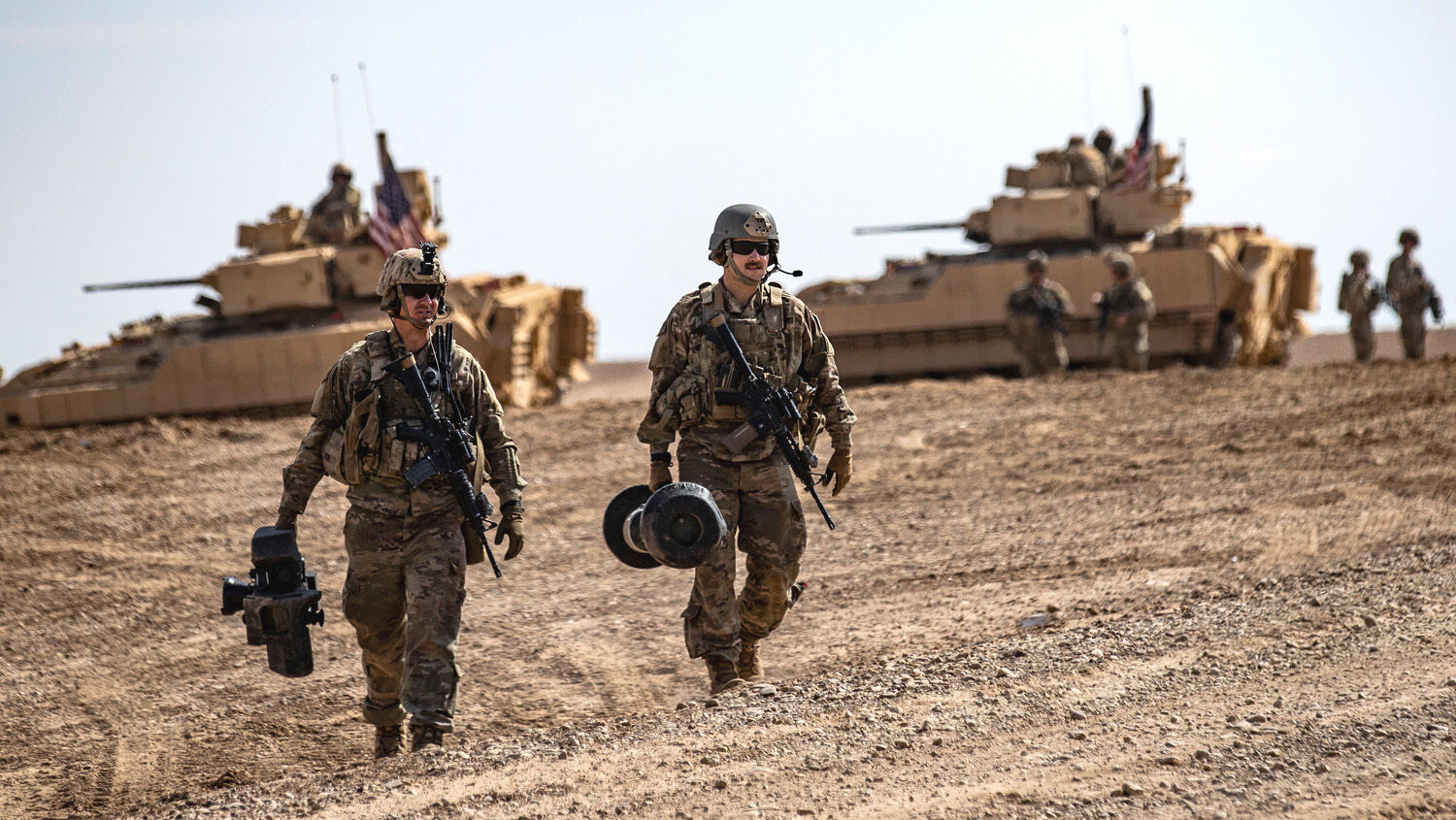 Iran-backed militias attacked a United States-led coalition base in eastern Syria on the morning of April 7, injuring four U.S. soldiers. Two indirect fire munitions struck the Green Village Base located near Syria’s largest oil field. Currently, it is not known whether the militia used rockets or mortar in the attack. All four soldiers sustained minor injuries, but medical personnel held at least one under observation for potential brain trauma.

Local sources told Reuters the Iran-backed militias launched several rockets but only a few reached the base. The Syrian Observatory for Human Rights, a United Kingdom-based organization that monitors Syria, reported that the rockets were launched from west of the Euphrates River. Iran-backed militias have a strong presence in that area.

Before dawn the following day, American air defenses shot down an unidentified drone. The drone was hovering near the American al-Asad Air Base in Iraq located over 130 miles east of the Green Village Base. U.S. Command reported no injuries.

For decades, the Trumpet has identified Iran as the king of radical Islamic terror in the Middle East. “Make no mistake about it: Iran is the head of the snake,” Trumpet editor in chief Gerald Flurry declared in 2001. Ultimately, it is Iran that bears the responsibility for these attacks on the U.S. These Shiite militias are nothing more than proxy puppets of Iran.

Testimony in an October 2017 hearing before the U.S. House of Representatives subcommittee on terrorism exposed this fact: Using its proxies, “Iran can pursue its goals while avoiding kinetic consequences, enjoy plausible deniability while using its proxies, subvert regional rivals and deter them from taking actions that could trigger a potential backlash from the proxy groups.”

Why is Iran ramping up its terrorist activities now? With the nuclear negotiations stalling, shouldn’t this be the time Iran tries to sweet-talk America? Punching the other party in the nose seems counterproductive to reaching a deal.

Iran is becoming more aggressive precisely because the negotiations have stalled.

Everyone can see that the Biden administration is desperate to revive Obama’s disastrous nuclear deal. Because of this, Iran knows it has tremendous negotiating power. All it has to do is keep increasing the pressure, demand more, and watch America cave in to its every whim.

Along with the recent increase in terrorist attacks across the Middle East, Iran is now demanding legal guarantees the U.S. won’t pull out of a new deal. Iran’s foreign minister demanded Congress must approve these guarantees as well. Also, Joe Biden must start lifting sanctions via executive order immediately. This is to show Biden’s goodwill toward a nuclear deal. “In response to American weakness, Iran contemptuously upped the ante in the Vienna talks, to which the Biden administration cravenly offered it more and more concessions,” wrote British journalist Melanie Phillips. Biden’s willingness to pay any price for a deal was so appalling that three of Biden’s negotiators in Vienna resigned in protest earlier this year.

What we are seeing is the geopolitical version of a child throwing a tantrum when he doesn’t get his way. The child knows the louder and more disruptive his tantrum, the likelier his parents will acquiesce to make him stop.

Of course, Iran isn’t a little child but a rogue terrorist-sponsoring state on the verge of nuclear weapons. And giving into Iran’s demands won’t make it stop. Unlike a little child, Iran isn’t driven by pure emotion. As author Joel Rosenberg wrote in his book Enemies and Allies, Iran is driven by “apocalyptic Islamists.” Using nuclear weapons, it wants “to try and annihilate the State of Israel, neutralize the United States, decimate Christendom, and hasten the establishment of their global Islamic kingdom and the coming of their savior, the Mahdi.”

Iran’s proliferation and support for radical terrorism have never been a secret. America was aware of the Islamic Revolution’s nature when it overthrew the pro-West shah in the late 1970s. Phillips wrote that “the Iranian regime has been at war with the West since it came to power.” Mr. Flurry wrote in his free booklet The King of the South that in 1994, “then Secretary of State Warren Christopher called Iran ‘the world’s most significant state sponsor of terrorism.’”

So why hasn’t America or Israel put an end to Iran’s reign of terror? Because our nations lack the will to do so. When America declared war on terrorism and invaded Iraq, it stopped at Iran’s border and went no further. While Israel regularly conducts air strikes against Iranian targets, it is unwilling to go any further. Even worse, Biden appears determined to empower “the world’s most significant sponsor of terrorism.”

For over three decades, the Trumpet has warned of Iran’s rise as the nuclear-armed head of the terrorist snake. Events are proving how accurate those warnings were. How were we able to make such an accurate prediction? We based it on a prophecy found in Daniel 11:40, which reads, “And at the time of the end shall the king of the south push at him: and the king of the north shall come against him like a whirlwind, with chariots, and with horsemen, and with many ships; and he shall enter into the countries, and shall overflow and pass over.”

Who else could be the king of the south in this end time but radical Islam led by Iran? “Iran is extremely radical—the king over radical Islam,” Mr. Flurry writes. “Where is this nation’s pushiness leading? To war! Just as it has in the past. It’s leading to terrifying war with weapons of mass destruction. It can lead no place else. A basic understanding of human nature and history should tell us that. All the wishful thinking in this world can’t stop that calamity—just as the pacifist dreamers of the 1930s didn’t stop Adolf Hitler!”

But who is this king of the north? Mr. Flurry explains that a German-led Europe will be this prophesied king of the north. We are seeing both sides preparing themselves for this prophesied clash. While Iran stands on the threshold to nuclear weapons, Europe is rallying around Germany. And Germany is rapidly remilitarizing under the pretext of Russian aggression in Ukraine.

This coming clash will be the spark that ignites nuclear World War iii. But the good news is God will not allow mankind to wipe himself off the face of the Earth. Instead, World War iii will end with the Second Coming of Jesus Christ. He will intervene to save mankind from itself as many scriptures prophesy.

To learn more about these prophecies, request a free copy of The King of the South.