Russia’s attack on Ukraine starkly reminds us of a crucial truth. 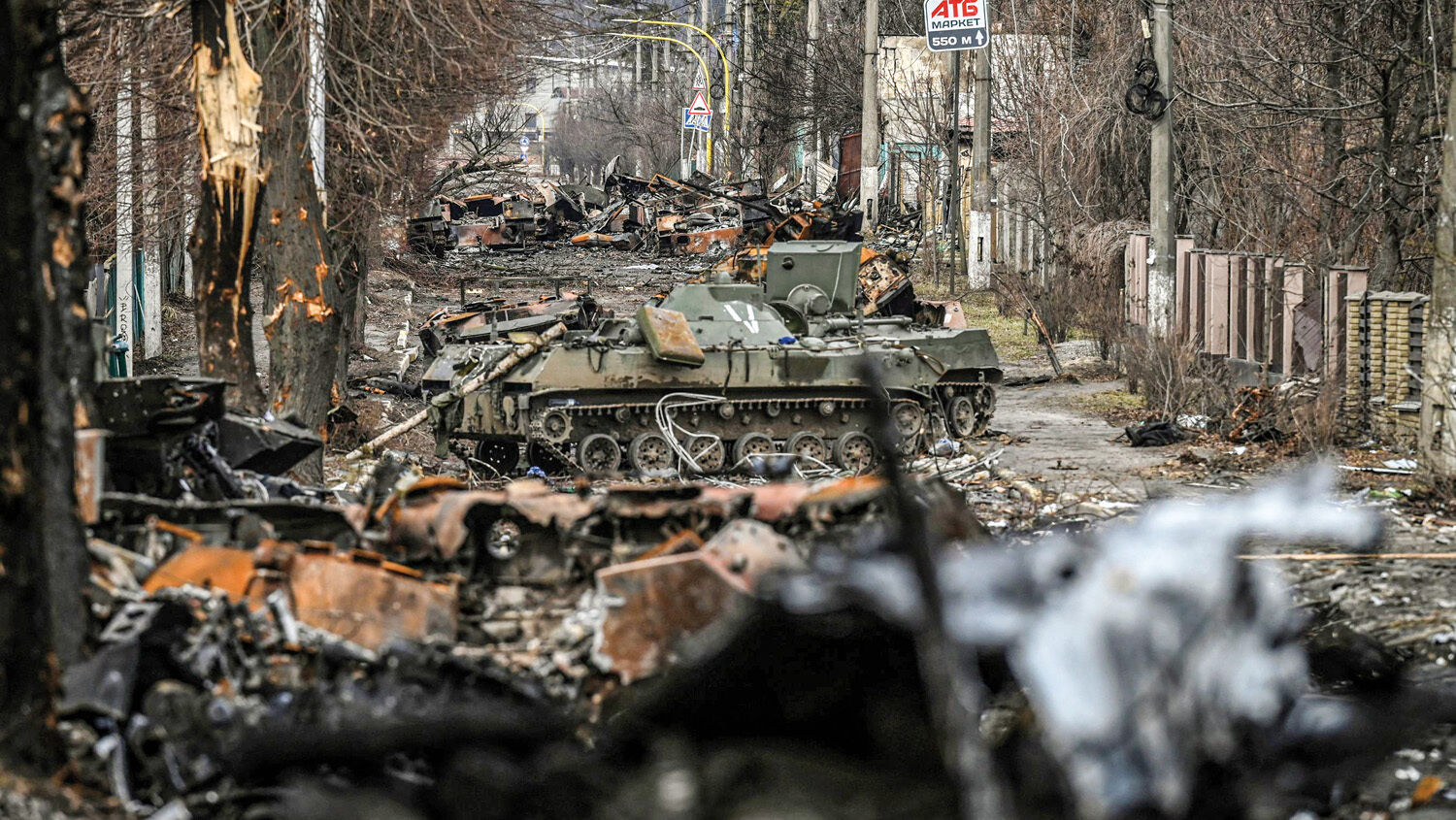 Russia’s attack on Ukraine starkly reminds us of a crucial truth.

Were you shocked by Russia’s invasion of Ukraine? Many people were. Analysts called it “a raw, 18th-century-style land grab” and “a throwback to earlier centuries.”

Why this reaction? Because they assumed that human nature is improving. They assumed that, in the 18th century, we were more primitive, less evolved. Even those of us who do not believe in evolution are susceptible to this.

My own reaction to the Ukrainian invasion proved this to me. At first, I thought there was a good chance Putin would invade. Russia is dramatically more powerful than Ukraine. But as time wore on and his troops remained on the border, I became more skeptical. Russia had forfeited the element of surprise, Ukraine has the second-largest army in Europe, and now that it was ready and defiant, waging a full-scale war would be messy not just for Ukrainian troops but for Russia and for Ukrainian civilians. Putin has proved very good at taking over countries gradually. Surely he’d choose this route. Why generate mass casualties when there are less painful ways of getting what he wants?

But he chose mass casualties. And I realized that I too was a victim, in part, to the same kind of thinking displayed by those liberals.

The fact is, people have thought war was a thing of the past for centuries. At the end of the 18th century, experts thought large-scale war was over. Generals had grown so scientific and sophisticated that they would no longer engage in bloody struggles. Instead, before a battle was fought, it would be clear who was in the better strategic position and, therefore, who would win. The soon-to-be-loser would retire. Wars could be fought with strategy and little loss of blood.

Then the French Revolution and Napoleon Bonaparte launched two of the bloodiest decades in European history.

In 1913, Norman Angell produced his famous book The Great Illusion, arguing that international commerce and modern sophistication made war obsolete. The very next year came the most destructive war the world had known to that point. It became known as the war to end all wars—until World War ii.

Why do we make this same mistake over and again?

“There is a tendency to look upon peace as normal and war as abnormal,” wrote international relations expert Nicholas J. Spykman, “but this is because of an intellectual confusion resulting from emotional reactions to war. War is unpleasant, but it is an inherent part of state …. To forget that reality because wars are unwelcome is to court disaster.”

That is part of the answer. But a deeper truth is that we consistently underestimate the evil of human nature.

Mankind is basically good; we’re figuring out how to avoid wars and improving our society. If you think that, you are also telling yourself, I am good; I have a good heart! If you think, Man has a fundamentally flawed nature and is completely incapable of living in peace, you are also acknowledging that you are flawed and evil, and incapable of living a good life on your own effort.

Jeremiah 17:9 puts this truth even more plainly: “The heart is deceitful above all things, and desperately wicked: who can know it?” “Desperately wicked” means “dangerously sick,” “incurably sick” or “sick unto death.”

“Trusting sick human minds is why we live in such a sick, sick, sick world!” writes Trumpet editor in chief Gerald Flurry in his booklet Jeremiah and the Greatest Vision in the Bible. “The frightening evidence is all around us. Avoiding human annihilation is our number one problem! (Matthew 24:21-22). That one problem should reveal how sick the human mind is.”

Yet whether we are statesmen, analysts or just everyday people, we are willing to deny centuries and millenniums of tragic, bloody evidence to cling to the belief that, deep down, we human beings are fundamentally good.

Daniel 7 describes the major world-ruling empires that have dominated history. It typifies these empires as “beasts.” “These are dreadful beasts that conquer and enslave entire nations,” Mr. Flurry writes in Daniel Unlocks Revelation. “It’s what these beasts do. But biblical Israel likes to think of them as harmless wild animals. Our nations do that because of their broken wills. They fear to face the extremely unpleasant truth.”

The war in Ukraine has brought this vividly to life. We live in a world of beasts. Vladimir Putin is indeed willing to flatten cities full of people. So are other men. And even they consider themselves fundamentally right, fundamentally good.

More conflicts are coming. God is allowing it. Why? Because we still won’t admit how weak human beings are, how susceptible to sin and evil. And until we admit the truth, we will never truly turn to our Creator so that He can save us, not just from war, but from being evil.

As Mr. Flurry writes, understanding our own evil “is where mankind must begin if we are ever to have hope. There is no hope in man. There is endless hope in God” (op cit).

There is a solution to war. But it’s not in trade, treaties or organizations like the United Nations. It’s in following Jeremiah’s example, recorded in Jeremiah 17:14: “Heal me, O Lord, and I shall be healed; save me, and I shall be saved ….”