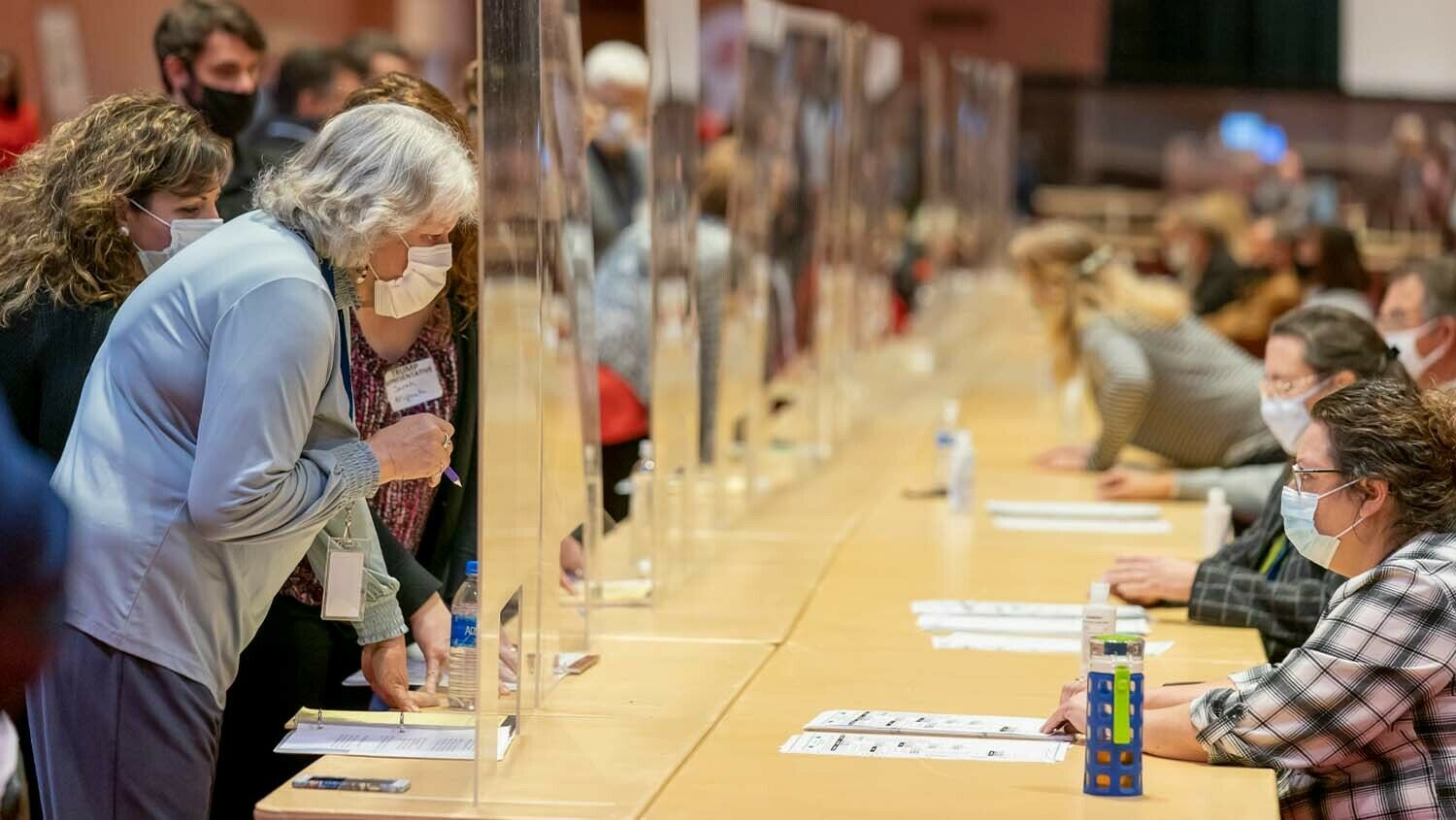 Representatives look over ballots during the presidential recount vote for Dane County on November 20, 2020 in Madison, Wisconsin.
Andy Manis/Getty Images

Overwhelming evidence shows the radical left stole the election by bribing activists and manipulating the elderly.

After a year of Joe Biden’s administration in the Oval Office, America is a disaster. Illegal immigrants are pouring across the border, crime is rising, inflation is at record highs, supply chain shortages are getting worse, and devastating foreign-policy failures have brought disaster to Afghanistan and Russian tanks into Ukraine. Now a global energy crisis is spreading that threatens to push the American economy and other nations into recession.

These failures are all the more sobering when you realize that they are the direct result of an illegitimate election. Retired Wisconsin Supreme Court Justice Michael Gableman has been conducting an eight-month review of the 2020 election in Wisconsin and has concluded that the state of Wisconsin should decertify it.

Gableman’s 136-page interim report found that the Center for Tech and Civic Life, which is funded by billionaire Facebook founder Mark Zuckerberg, gave $8.8 million to Wisconsin’s five most heavily Democratic cities: Milwaukee, Madison, Racine, Kenosha and Green Bay. These grants were illegal. Gableman notes, “The ctcl agreement facially violates the election bribery prohibition of Wis. Stat. § 12.11 because the participating cities and public officials received private money to facilitate in-person or absentee voting within such a city.” In other words, Democratic strongholds in Wisconsin were essentially buying votes with Zuckerberg’s money and therefore are guilty of bribery.

Margot Cleveland at the Federalist explained that “it is illegal to offer anything of value to or for any person in order to induce any elector to go to the polls or vote.” Yet Zuckerberg sent almost $9 million to dark blue counties in Wisconsin to essentially buy Democratic votes for Joe Biden, including placing illegal ballot drop boxes on urban street corners.

Gableman’s report also found evidence of rampant fraud in Wisconsin nursing homes. Gableman vetted 30 nursing homes in Milwaukee County, 12 in Racine County and 24 in Dane County and found 100 percent turnout for many of them. Many of the residents of these homes could not even remember who was president. Shocking video footage shows an elderly woman named Maryl Barrett who apparently voted by absentee ballot even though she cannot remember her own children’s names, much less who Joe Biden is.

Another video shows an elderly woman named June Carmichael whose name appears on an absentee ballot in the 2020 election, but cannot remember voting or remember who the president of the United States is today. Gableman has found that such fraudulent voting practices affected at least 90 nursing homes in Wisconsin. His review is not yet over, but already he is recommending that Wisconsin’s state legislators recognize the 2020 presidential election as illegitimate and decertify it.

Gableman examined how Democrats unfairly put ballot drop boxes in liberal districts and then sent activists to collect ballots from nursing home residents who had no clue what they were signing. Section 6.875 of the Wisconsin election code mandates that local municipalities dispatch two special voting deputies to nursing homes to deliver ballots to any residents who wish to vote and witness the voting process. These special voting deputies are supposed to assist the resident in voting and then deliver a sealed ballot envelope to the elections clerk. Yet the Ridgewood Care Center, for example, violated all of these rules.

Another Federalist post stated, “[N]ursing home staff and administrators illegally handled absentee ballots, illegally assisted with ‘marking’ residents’ ballots, illegally ‘witnessed’ the voting, and possibly included forgery of the elderly residents’ signatures.” These brazen voter fraud violations are strong evidence of a widespread effort by Democrats that changed the outcome of the 2020 elections.

Radical leftists have no shame. They will take votes from senile people, dead people, felons and illegal immigrants—whatever they can do to take power.

Past election audits have focused only on recounting ballots. They have failed to examine whether or not the ballots were legitimate in the first place! Yet we know that there were horrible chain-of-custody gaps and other suspicious situations with both paper and electronic ballots. Gableman’s audit is different.

“We are getting a hard look at just what the radical left is willing to do in order to seize power and stay in power,” my father, Trumpet editor in chief Gerald Flurry, wrote in 2018. “They have no respect for the rule of law! They believe they are above the law. It is no exaggeration to say that such contempt for the nation’s founding principles is a threat to the republic!”

Yet despite the radical left’s best efforts to cover up their crimes, the evidence showing how they stole the 2020 election and turned the country into a disaster zone is gradually being exposed. This is because of promises God made to the descendants of ancient Israel (America and Britain in particular) in 2 Kings 14:26-28 and Amos 7:8. These promises show that God will not allow the name of Israel to be blotted out, but rather will pass by the modern Israelites one last time before our nations finally face the consequences of our sins. We continue to forecast with certainty, as we have for more than a year, that the Democrats’ overthrow of the 2020 election will be exposed and, moreover, that Donald Trump will return to power.

Request your free copy one of the most important booklets you could read this season: Repentance Toward God, by Gerald Flurry.