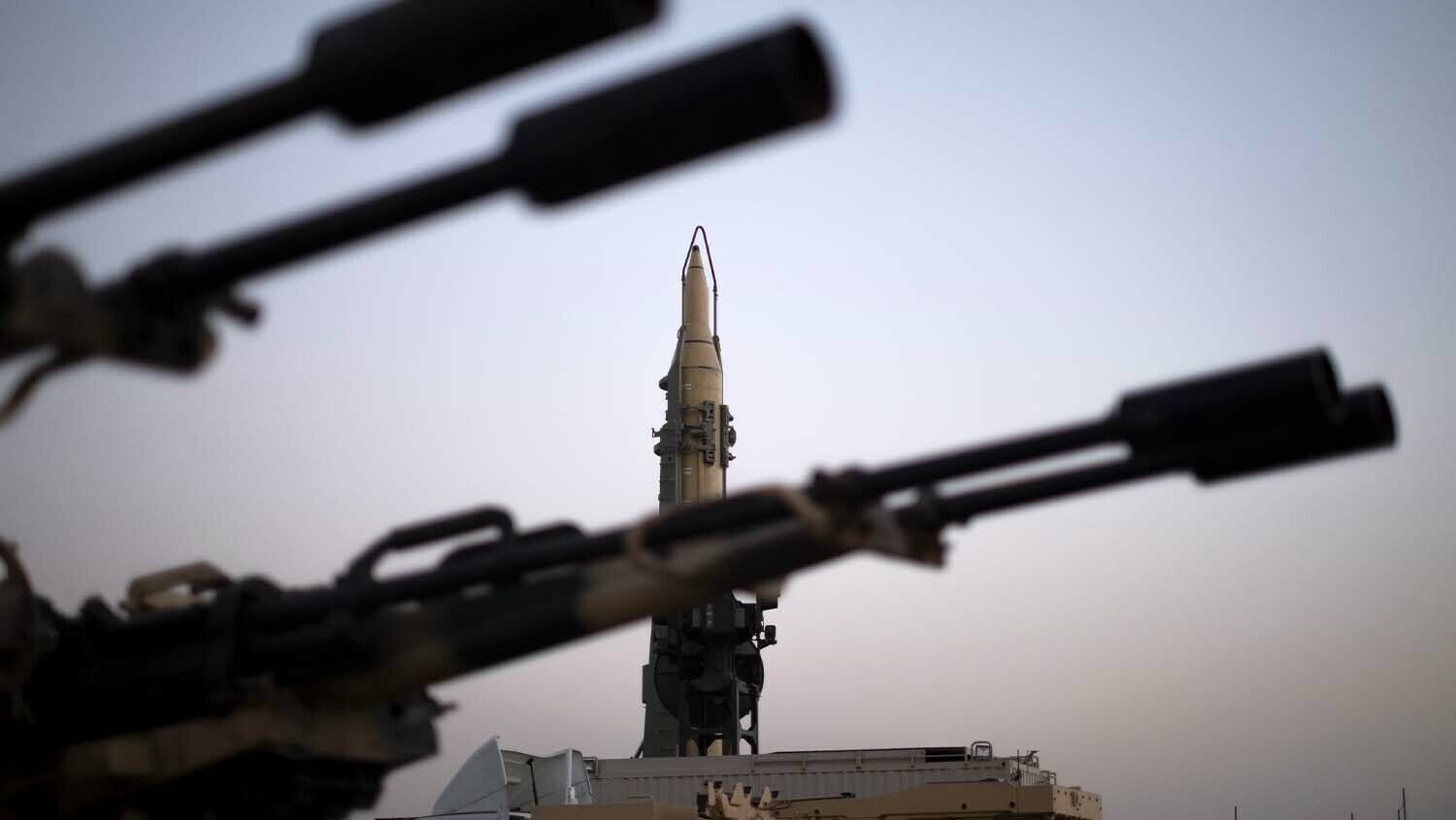 An Iranian long-range surface-to-surface missile and an antiaircraft gun are displayed in a war exhibition.
Morteza Nikoubazl/NurPhoto via Getty Images

Everything about the missile is designed to be offensive, including its name.

Iran showcased its new ballistic missile in a ceremony celebrating the 43rd anniversary of the Islamic Revolution on February 9. According to Tehran’s state media, the radar-evading missile is capable of penetrating missile shields, including Israel’s Iron Dome. This capability has not been independently confirmed. Iranian state media also claim the missile boasts a range of 900 miles, putting Israeli and United States bases well within range.

Iran has dubbed the missile the Khaybar Shekan, meaning “Khaybar breaker.” This refers to a seventh-century a.d. battle in which Mohammad conquered the Judean fortress of Khaybar located in modern-day Saudi Arabia. Today, the anti-Semitic chant “Khaybar, Khaybar ya yahud! Jaysh Mohammad sa-ya’ud” (“Remember Khaybar, O you Jews, Mohammad’s army will come back for you”) calls for the mass murder of the Jewish people.

This new missile brings Iran another step closer to nuclear-armed intercontinental ballistic missiles (icbms). In early January, Iran successfully tested a new solid-fuel rocket engine it claimed was for satellites. Its brand-new Khaybar Shekan missile reportedly uses a solid-fuel engine. Nearly all the world’s nuclear icbms use solid-fuel rocket engines. Despite the regime’s protestations, Iran’s actions demonstrate its hunger for nuclear warheads and the delivery vehicles needed to carry them.

Notice what Trumpet editor in chief Gerald Flurry writes in his booklet The King of the South:

Another alarming event occurred on Jan. 16, 2016, that should have opened the eyes of naive Western leaders to the danger of the Iranian mindset. Iran’s supreme leader said the country’s aggressively anti-American and anti-Israel policy will continue unchanged. Two days later, Iran ordered its military to accelerate its illegal missile program.

This intercontinental ballistic missile program is illegal because the new deal says Iran has to wait eight years before speeding it up. Instead Iran is accelerating it immediately! These missiles are capable of carrying nuclear warheads. And Iran’s supreme leader says they have no intention of reforming any aspect of their hateful policies.

Mr. Flurry has been warning about Iran’s aggressive foreign policy for three decades. He predicted that Iran would rise to become the king of radical Islam and gain possession of nuclear weapons. Current world events have proved him correct! Iran has become bolder and more belligerent than ever before. Today, it is the number one state sponsor of terrorism across the globe. Month after month, we’ve heard that Iran is on the cusp of nuclear weapons, yet the Biden administration seems all too happy to let it happen.

How did Mr. Flurry so accurately and correctly predict all this over 30 years ago? He based these predictions on the sure foundation of Bible prophecy. To understand these prophecies and see where current events are leading, please request a free copy of Mr. Flurry’s booklet The King of the South.