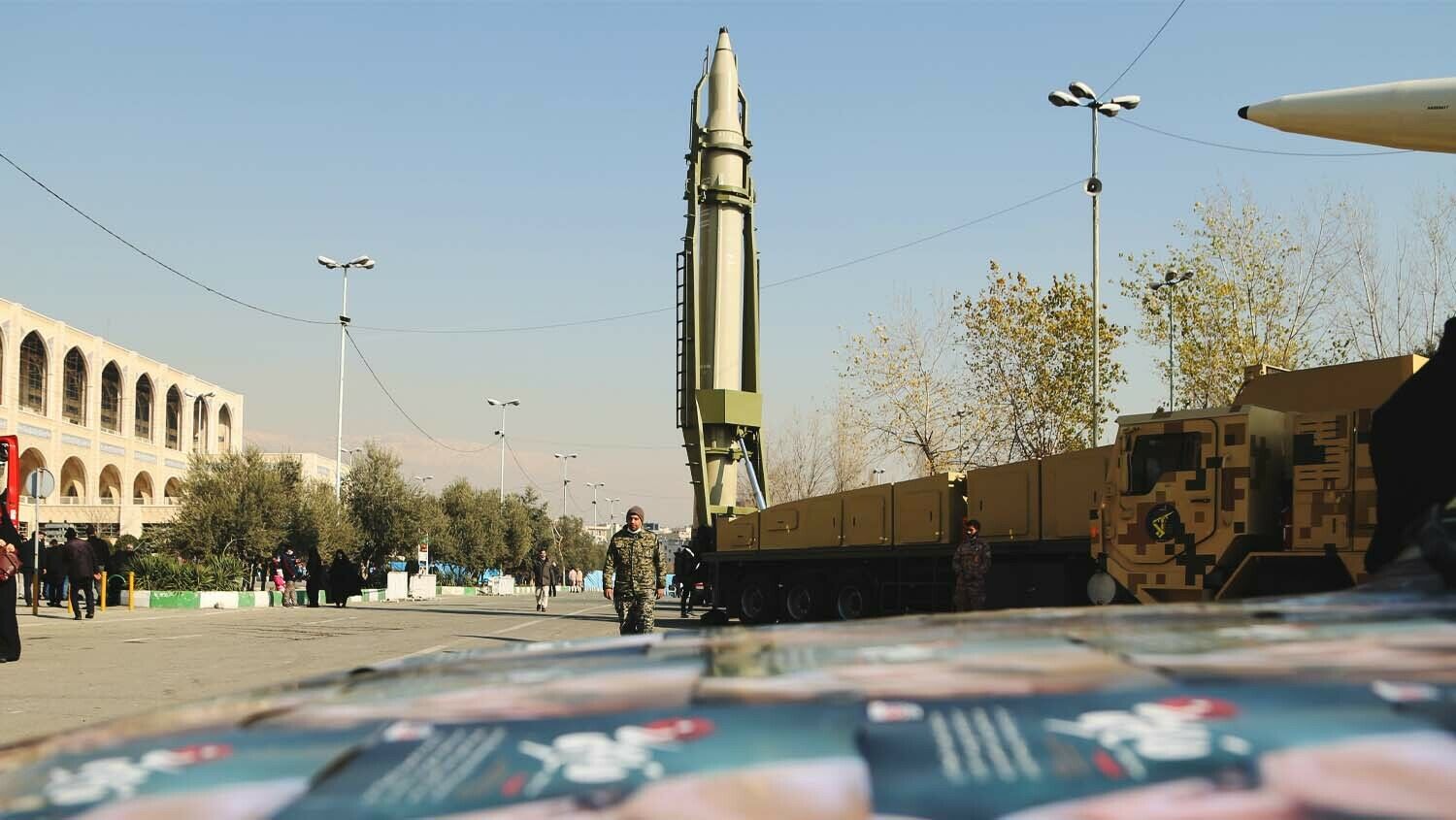 Ballistic missiles fired at al-Asad Air Base where U.S. soldiers are located in the Anbar province of Iraq in Tehran, Iran, on January 7.
Fatemeh Bahrami/Anadolu Agency via Getty Images

The danger of a nuclear-armed Iran just became more real for Europeans.

“[I]f Europe wants to turn into a threat, we will increase the range of our missiles,” threatened then-deputy head of the Islamic Revolutionary Guard Corps, Brig. Gen. Hossein Salami, in 2017. Iran is now pushing to fulfill that threat.

Iran successfully tested its new Raafe solid-fuel space engine on January 13. Iran’s Farhikhtegan newspaper reported two days later that a missile range of over 3,000 miles was “closer than ever,” leaving no room for doubt as to their intentions. This would put all of Europe comfortably within reach of Tehran’s missiles. Such a range would allow Iran to strike a target as far away as Iceland.

Why is Iran deliberately threatening Europe?

For almost a year, Germany, France, China and Russia have been negotiating with Iran in an attempt to curb its nuclear program. During that time, the world has been repeatedly warned, “Iran is weeks from a nuclear breakout.” Yet it seems many in the West, especially European leaders, haven’t taken the threat of a nuclear Iran very seriously. Considering we’ve been hearing such warnings for years now, it’s not hard to understand why European leaders have seemed apathetic.

With this latest missile engine test, that attitude might be about to change.

The Iranian newspaper article stated that the missile test was conducted to put more pressure on Europe and send a message. That message is clear: Either give us what we want or be prepared to face our nukes. This is no idle threat. This successful test clearly demonstrates Iran has the technology necessary to threaten any part of Europe.

Iran’s development of solid-fuel rocket engines is a massive step toward intercontinental ballistic missiles (icbm). Most of the world’s nuclear icbms use solid-fuel engines rather than liquid-fuel engines for many reasons.

Liquid-fuel engines require massive, advanced, storage tanks on site to hold the rocket fuel and its extremely corrosive oxidizing additive. Liquid-fuel rockets require lengthy and often dangerous fueling times, which makes them vulnerable to detection. Once fueled, the rocket cannot be moved or transported without first removing the fuel. Finally, liquid-fuel engines require pumps and other systems to ensure an optimal fuel mixture. Anything less could result in the rocket exploding on the launchpad at worst or, at best, simply failing to leave the launchpad.

In contrast, solid-fuel rockets are easier and safer to transport, can be moved after being fueled, are cheaper, easier to hide, simpler to build, and can be launched at a moment’s notice. All of these factors make solid-fuel engines ideal for military use.

The main downside to solid-fuel engines is their inability to control or shut off thrust once their fuel is ignited. Liquid-fuel engines can control the amount of fuel being burned at any given time and thus can control the amount of thrust produced or even be shut off. This makes liquid-fuel engines valuable despite all the hassle, especially to scientists. This precise control of thrust allows scientists to protect the sensitive equipment found on most spacecraft and satellites, which are easily damaged due to the high g-forces during takeoff. Outside of military use, solid-fuel engines only play a secondary or support role in most space programs.

As Farhikhtegan noted, there is a “military nature to solid fuels.” The only logical reason for Iran’s development of these engines is for military use.

As part of the successful test announcement, the Islamic Revolutionary Guard Corps commander of the Aerospace Force, Brig. Gen. Amir Ali Hajizdeh, also announced the widespread use of composite materials in the body of Iran’s rockets. This will reduce the overall weight of the rockets, allowing them to carry heavier warheads, fly faster, and extend their range.

Right from the beginning of the latest negotiations, Iran made it clear that its ballistic missile program was off-limits. Despite repeated warnings from both the United States and Europe, Iran has refused to curb or slow down its missile development. Iran’s belligerence regarding its missile program didn’t just start after U.S. President Donald Trump pulled America out of the Joint Comprehensive Plan of Action (jcpoa). Iran has been pursuing ballistic missiles capable of carrying nuclear warheads for a long time. The implementation of the jcpoa didn’t even slow Iran down for a moment.

Trumpet editor in chief Gerald Flurry writes in his booklet The King of the South, “Another alarming event occurred on Jan. 16, 2016, that should have opened the eyes of naive Western leaders to the danger of the Iranian mindset. Iran’s supreme leader said the country’s aggressively anti-American and anti-Israel policy will continue unchanged. Two days later, Iran ordered its military to accelerate its illegal missile program.” It took only two days for Iran to break a major part of the nuclear agreement by accelerating its ballistic missile program. Since then, Iran has poured vast amounts of resources into developing its missile capability, shot past the 3.67 percent uranium enrichment cap it agreed to in the jcpoa, and now potentially sits mere weeks away from nuclear breakout.

The end goal is obvious to any honest observer. The Iranian regime has come too far and paid too high a price to stop now.

Iran’s threat to extend its missile range to reach Europe is another example of it pushing at the king of the north. This will lead to nuclear war. But there is good news. The coming war between Iran and the rising European superpower will lead to the return of Jesus Christ. To learn more about Iran’s pushy foreign policy, please read The King of the South.