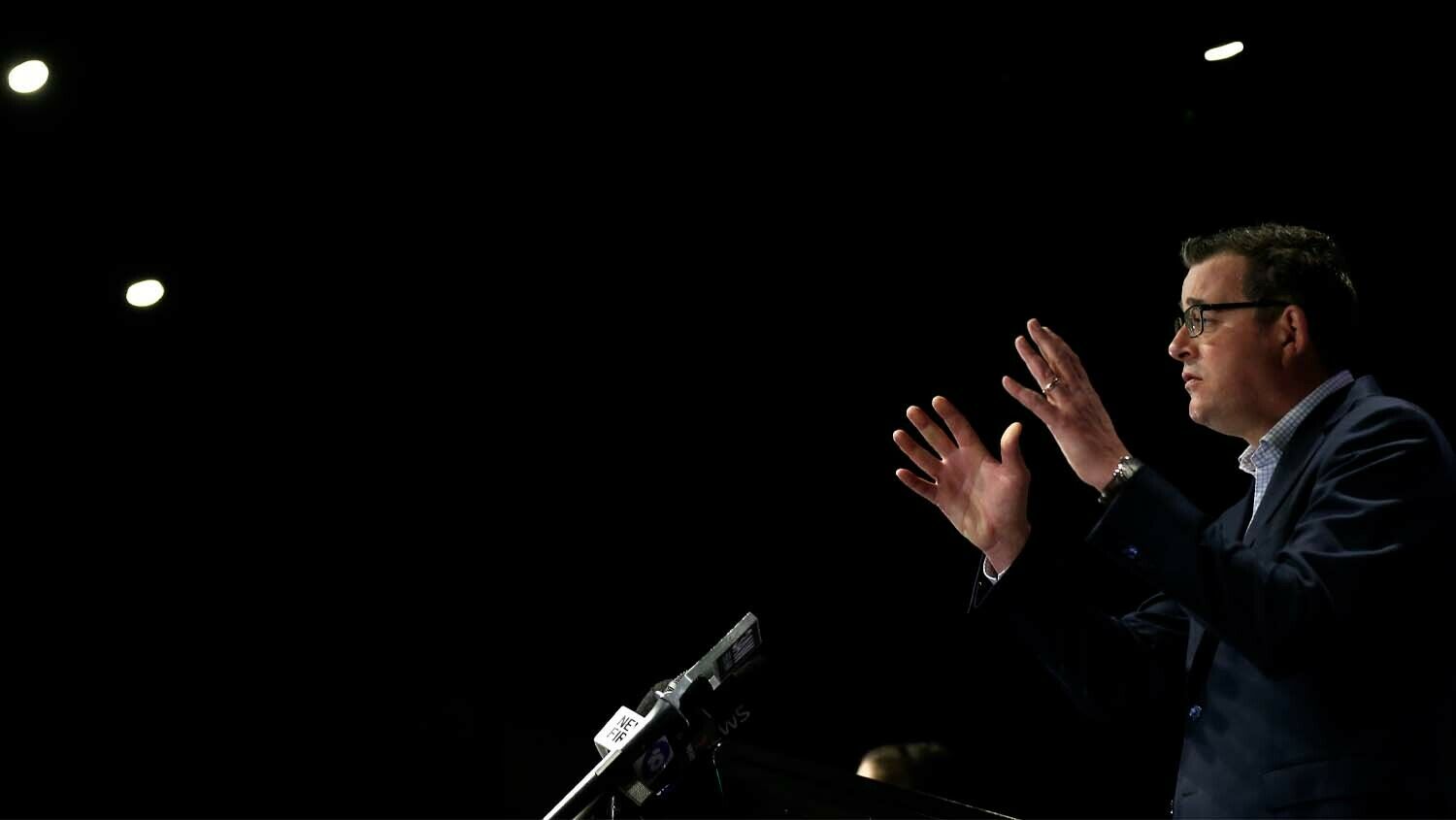 Victorian Premier Daniel Andrews speaks to the media during a press conference on Aug. 2, 2020, in Melbourne, Australia.
Darrian Traynor/Getty Images

The first of its kind in Australia

Victoria’s controversial pandemic bill became law after it was given royal assent by the state representative of the Queen on December 7. The bill makes Victoria the first Australian state to have legislation that is specifically for pandemics.

If found in violation of the health orders, Victorians can be jailed for up to two years and fined au$45,250. The new bill shifts the power to declare a pandemic from the chief health officer to the premier and health minister. The premier can now declare as many statewide lockdowns in three-month blocks as he likes.

Looking solely at the bill, one would assume covid-19 must be so horrible it requires more time to be dealt with than what existing legislation allows. But the pandemic bill is more about politics and power than it is about health. History is replete with examples of political leaders fabricating emergencies to maintain and increase power. This time it is being done under the guise of a public health emergency.

Opposition leader Matthew Guy vowed in October that his party would repeal the legislation if they were voted in at the next election. “I give an absolute guarantee: When we come back to government in this state, we will repeal this law because it is fundamentally right to do so,” he said. “This is a democracy. People fought and died for this democracy. The separation of the judiciary and this parliament is so important.”

Politicians might say good things, but actions speak far louder than words. The actions of the current state government in Victoria, as with many other governments in the West, have resulted in unbelievable amounts of debt. Will our nations ever recover from the tremendous damage government-imposed lockdowns have caused?

“Our world has never changed so dramatically so rapidly,” Trumpet editor in chief Gerald Flurry wrote in the January 2022 Trumpet. “Leaders in politics, business, education and media are ignoring the law, violating freedoms, and enforcing radical policies on unwilling people. They are turning coronavirus, the environment, race and other issues into weapons for forcing through their agenda. This is already affecting all of us—but believe it or not, much worse is coming. In this process, the true agenda of the radical elites is being unmasked. This is not incompetence. This is not a good-faith attempt to improve people’s lives. This is an intentional agenda from an evil motive to deliberately destroy what little good is left in our societies.”

There is a spirit world that influences mankind’s decisions (2 Corinthians 4:4; Ephesians 2:2). You can see the influence these evil spirits have by looking at the policies of certain leaders around the world. “These evil spirits are exerting terrible and growing influence today, and much of this is by manipulating our human leaders,” Mr. Flurry wrote. “You can recognize the devil’s presence in the breezy deceit and brazen lies. You see it in the way the elites are trampling people’s freedoms and rights, yet remain utterly untroubled by the catastrophic effects of their edicts.”

He continued: “Here is the most important question: Why would God allow this? God has power over Satan; the devil can do nothing God doesn’t allow. Why is God giving him such free rein? These problems have a cause: our own sins! … The revolutionary changes we are living through are bewildering only if you fail to see God in the picture. But when you know the prophecies of the Bible, you recognize that in spite of our sins, God is still accomplishing His master plan!”

God has given the English-speaking peoples a unique role in His master plan. (To learn more, read The United States and Britain in Prophecy, by Herbert W. Armstrong.) At this stage in God’s master plan, God is helping man to learn the hard lesson that we need His government, which will bring freedom to all mankind!

For a detailed explanation on why God is allowing governments of this world to make and enforce oppressive policies, read “Why Your World Is Changing So Suddenly,” by Gerald Flurry.