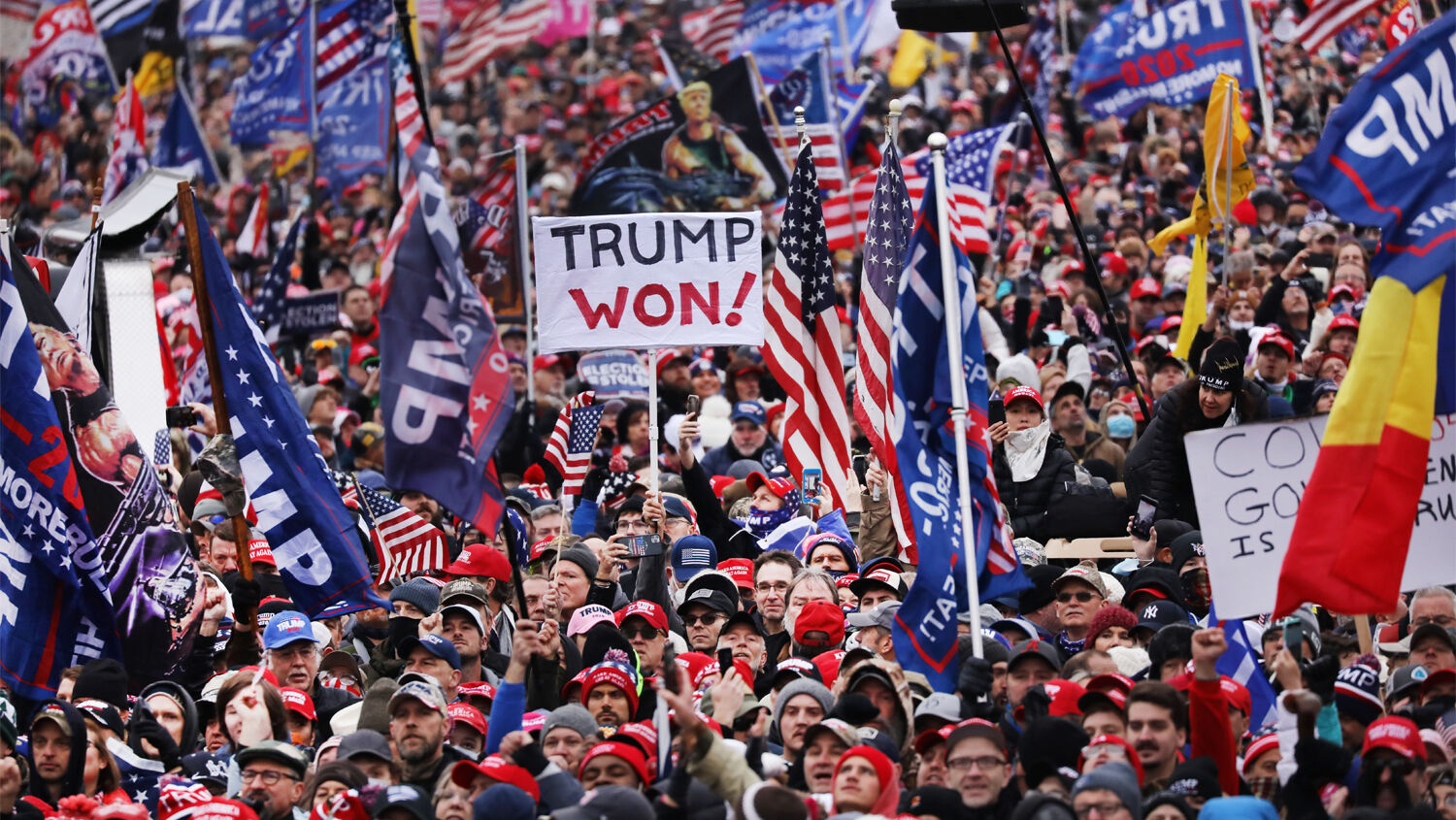 Crowds arrive for the “Stop the Steal” rally on January 06, in Washington, DC.
Spencer Platt/Getty Images

Recounts in Maricopa, Dane, Milwaukee and other counties continue to expose election fraud.

One third of Americans believe Joe Biden’s victory in the 2020 presidential election was the result of widespread voter fraud. But the media is doubling and tripling down on its claims that the election was totally secure.

cnn, npr, usa Today and other mainstream outlets are reporting that a recent ballot recount by the Wisconsin Institute for Law and Liberty found that Biden won the state by 87 more votes than previously reported. Yet these media executives and reporters are intentionally ignoring the finding that 54,259 ballots were cast by individuals who have never shown a voter identification in any election ever. Biden only won Wisconsin by 20,600 votes. The story in Dane County and Milwaukee County is similar to the story in Maricopa County, Arizona. Corrupt officials stuffed boxes with fake ballots, then counted them accurately.

In how many other counties did people fill ballot boxes with illegal ballots for Joe Biden?

Before the 2020 presidential election, Attorney General Bill Barr warned that voting by mail is “playing with fire,” and many liberals agreed with him. A local policy reporter for cnn warned that they would sow confusion and facilitate widespread fraud.

Here is how political commentator David Keltz characterized the election for American Greatness: “But in the blink of an eye, the real estate magnate-turned-politician [Donald Trump] was shunted back to Mar-a-Lago after supposedly losing the first-ever mail-in ballot election to a 77-year-old feeble and often confused man who campaigned almost exclusively from his basement on the lie that he would restore our national unity.”

Most developed countries ban mail-in voting for the obvious reason: prevent fraud. But 37 U.S. states loosened their mail-in voting procedures. Many of them had to break their own laws to do it. But Democrat secretaries of state did it anyway, and their goal was achieved: Election officials mailed out more than 100 million ballots.

Even the liberals at Time magazine admitted, “covid-19 changed everything about the 2020 election” and “forced many states to rapidly change how people get and submit their ballots, with unpredictable and potentially disastrous results.”

Recounts are now turning up tens of thousands of fraudulent ballots in each county examined. It’s practically on open secret that Biden is pretender to the presidency.

“Our world has never changed so dramatically so rapidly,” my father, Trumpet editor in chief Gerald Flurry, wrote recently in “Why Your World Is Changing So Suddenly.” Leaders in politics, business, education and media are ignoring the law, violating freedoms and enforcing radical policies on unwilling people. They are turning coronavirus, the environment, race and other issues into weapons for forcing through their agenda. This is already affecting all of us—but believe it or not, much worse is coming.”

America is now suffering bitter affliction because of an election steal, yet God promises that He will restore President Trump to office. As my father explained in his article “What Will Happen After Trump Regains Power,” President Trump is a type of King Jeroboam ii, whom Bible prophecy says God will yet use to stop those who are trying to blot out America. God is going to use him to save the nation, temporarily.

This restoration will involve exposing a colossal election lie and election theft. The recounts in Maricopa County, Dane County, Milwaukee County and other counties are exposing this fraud, but the process is far from over. Keep your eye out for the soon-coming exposure of nation-shaking corruption!