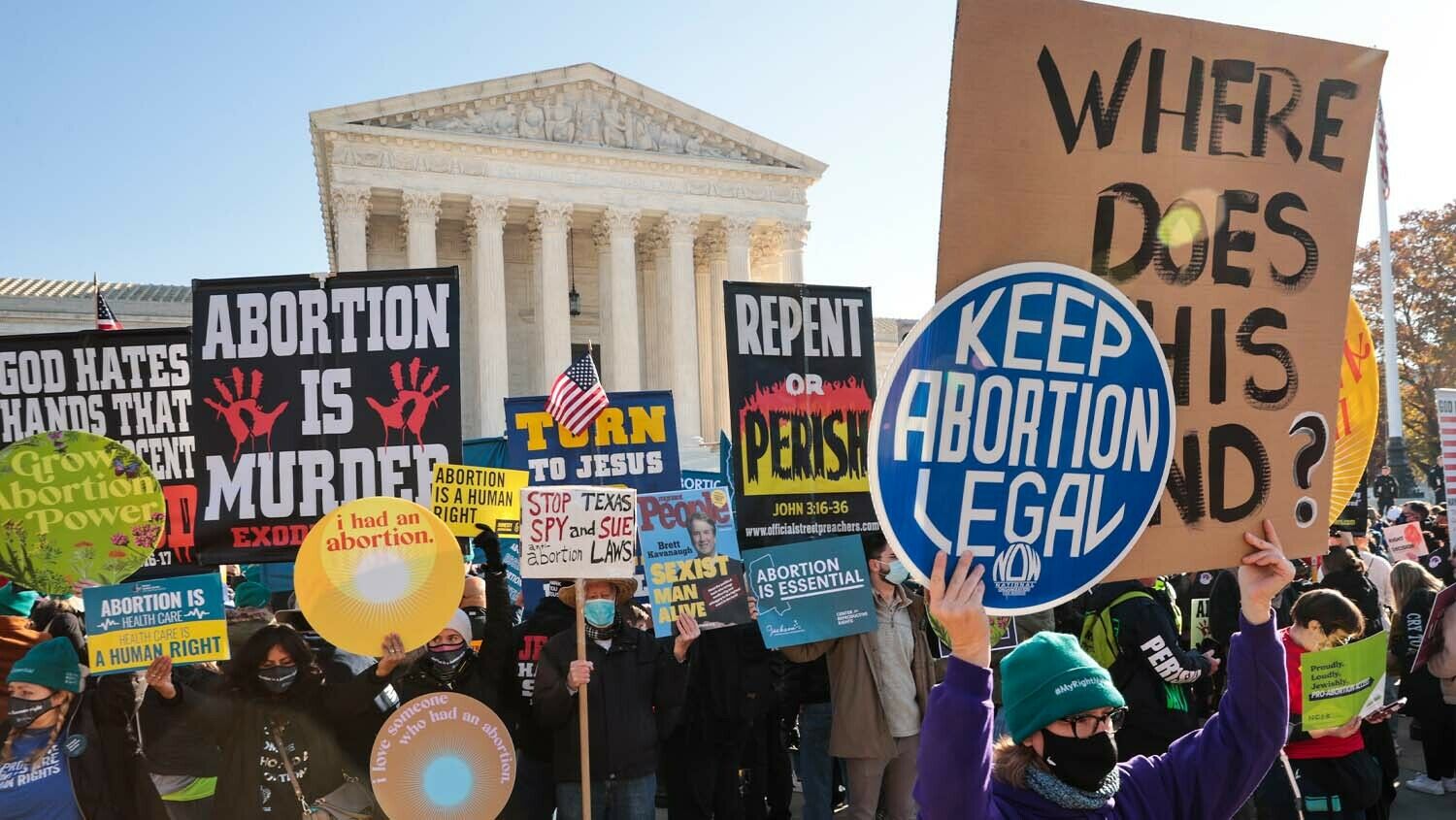 Radical leftists are feeling threatened by a Supreme Court that is about to begin pushing back against their ongoing coup.

With all the turmoil going on right now, keep your eye on the Supreme Court. This week, justices heard oral arguments regarding school choice, citizenship, retirement savings, violent crime and state-federal judicial relations. But the case everyone is talking about is Dobbs v. Jackson Women’s Health Organization.

Last Wednesday, demonstrators gathered at the plaza outside the Supreme Court Building as justices heard arguments for and against nationwide abortion. This is the most serious legal challenge to Roe v. Wade in a generation. That unprecedented 1973 decision by seven justices held that all women have a constitutional right to privacy that enables them to murder their unwanted children before they are born. In their official opinion, the justices admitted that, despite the argument of the state of Texas that human life begins at conception, “we need not resolve the difficult question of when life begins”—before they then issued a mandate that has resulted in an estimated 60 million abortions.

But now the state of Mississippi has banned abortions after the first 15 weeks of pregnancy, been sued by abortionists, and had its case heard all the way up to the Supreme Court.

This case reflects much of the division in America right now. How the court decides this and other issues could produce a sudden change in this country, and not just in abortion law.

During oral arguments, the three liberal justices actually expressed grief at the prospect that the court’s two newest justices may be deciding votes in overturning Roe v. Wade. Their sentiments appeared politically motivated, with Justice Sonia Sotomayor arguing that the court should consider not only the law but the public’s perception of the court.

Liberal justices like Sotomayor are justices in the first place because of the Constitution, but they use the power that the Constitution gives them to place politics, ideology and personal opinion above the Constitution and even the very principle of the rule of law. Nothing in the United States Constitution ever gave the federal government the power to overturn state laws on abortion. The Roe v. Wade opinion itself acknowledged that the seven-justice majority was overturning statutes “that have been in effect in many states for approximately a century.” Yet one of Sotomayor’s arguments was that Roe v. Wade should not be overturned because it was precedent. She is one of the liberal elites who believe that their will is more important than the rule of law, so they summon whatever argument will convince enough people to agree with or submit to their will.

The Supreme Court ruling on Dobbs v. Jackson Women’s Health Organization is not expected till next summer. If it rules in favor of Mississippi, states could still ban abortions only after the first 15 weeks of pregnancy. Only about 21 states are likely to pass such laws, another indication of how divided this country is.

But liberals are already threatening that if the ruling doesn’t go their way, they may spark a violent revolution. They are so devoted to the Roe v. Wade ruling that you would think it was the Constitution! They are promising to fight in court and perhaps in the streets against any ruling that will make abortion less convenient.

New Hampshire Sen. Cynthia Shaheen gave a tacit endorsement to such potential violence when she said, “I think if you want to see a revolution, go ahead, outlaw Roe v. Wade and see what the response is, from the public, particularly young people.”

Democrats like Shaheen want Americans to quietly endure unconstitutional lockdowns and the stealing of an election without a fuss, but rise up in righteous indignation for a revolution against any attempt to kill fewer than 600,000 babies a year! This is the twisted reasoning of radical abortion activists. They want an authoritarian government in Washington, D.C., to force states to guarantee abortion rights. And yes, the radicals, elite and otherwise, are willing to shed blood for this new regime!

Comments like the ones from Senator Shaheen bring to mind an end-time prophecy in Habakkuk 1:2-4, which says, “O Lord, how long shall I cry, and thou wilt not hear! even cry out unto thee of violence, and thou wilt not save! Why dost thou shew me iniquity, and cause me to behold grievance? for spoiling and violence are before me: and there are that raise up strife and contention. Therefore the law is slacked, and judgment doth never go forth: for the wicked doth compass about the righteous; therefore wrong judgment proceedeth.”

But God has revealed that He will restore the rule of law in America—temporarily. Why? So that the American people have one final chance to choose to repent of their grievous sins! Yes, we are guilty of sin. And not just those who legalize abortions or those who commit them. God is warning us that all are guilty of sin—such that the entire nation will soon be destroyed because of it!

For five years, my father, Trumpet editor in chief Gerald Flurry, has taught that President Donald Trump is a modern fulfillment of the ancient Israelite King Jeroboam ii. He has repeatedly stated that 2 Kings 14:26 shows us that God used Mr. Trump to save America from the radicals and pointed to Amos 7:13 describing the king’s chapel and the king’s court.

My father explained in “Is America’s Supreme Court in Bible Prophecy?” that “the king’s chapel” is “a place of worship that belongs to the king,” and “the king’s court” (better translated “the kingdom’s court”) is a “non-religious entity … referring to the United States Supreme Court.” He wrote, “I believe this prophetic account in Amos 7 implies that there is a conservative advantage in the Supreme Court, one that favors Jeroboam. … The fact that [Justice Brett] Kavanaugh was actually confirmed, despite all the protests, shows that to be true. Radicals want to control the courts, especially the Supreme Court, and God upset those plans. He has a plan of His own. I believe Mr. Kavanaugh’s confirmation indicates God will likely see that President Trump has a second term.”

Even the Supreme Court has lacked courage in the face of the election steal, government tyranny and other issues. But watch for it to begin pushing back against the left’s coup against the United States Constitution. Look for it in relation to Roe v. Wade, and look for it in relation to the fraudulent 2020 election by which Barack Obama seized power using the Joe Biden regime. Look for the radicals to fight back, violently. And, in all of this, look for the message that God is communicating to Americans and to you.