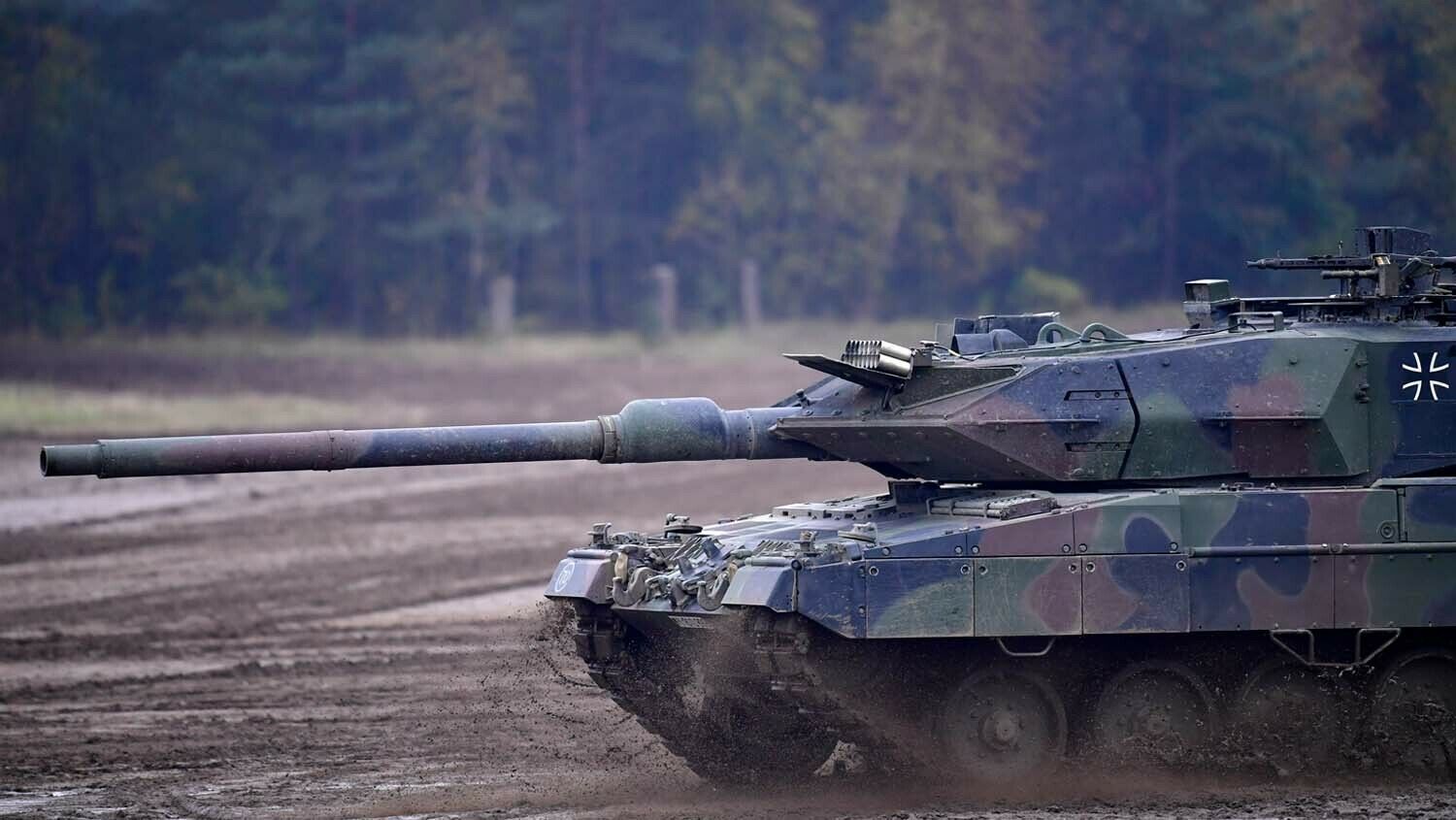 The German Leopard 2 main battle tank is about to get a huge upgrade, courtesy of Israel. The Israeli Defense Ministry announced on November 2 the first successful live-fire test of Israel’s Trophy active protection system on the German tank. This agreement is the latest example of the thriving military cooperation between Israel and Germany. In the last decade, the two have engaged in a significant number of arms deals. Interestingly, those agreements have been almost entirely one-sided: Germany buying advanced military technology from Israel.

The Trophy system will be a major defensive upgrade for the Leopard 2, one of the world’s most effective and modern tanks. The system is designed to protect combat vehicles from antitank weapons by using four mounted radar panels working in cooperation to identify and destroy incoming threats. The Trophy system is the world’s first and only combat-tested active protection system. Currently, both Israel and the United States use it to protect their main battle tanks.

Trophy’s producers, Rafael Advanced Defense Systems, in conjunction with Krauss-Maffei Wegmann (the makers of the Leopard 2), successfully added its system to its tanks with impressive results. The first test, conducted in Germany, achieved a success rate of well over 90 percent. That number will only improve as further testing fine-tunes the system.

According to the $48 million agreement signed on February 22, Israel will supply Krauss-Maffei Wegmann with the hardware, spare parts and training needed to operate the Trophy system. Considering Germany’s history and the atrocities it perpetrated against the Jews in World War ii, is this level of cooperation wise on Israel’s part?

Krauss-Maffei Wegmann GmbH & Co. KG has a dark and checkered history. According to the company’s own website, it was formed in 1931 and grew to become one of the leading arms producers during World War ii, specializing in the production of tanks. The company readily admits it used concentration camp inmates for slave labor during the war.

Israel is helping upgrade modern tanks for the same company that built the tanks that rolled into Poland and Belgium, igniting the deadliest war in human history. But this is just the tip of the iceberg in regards to Israel selling valuable military technology to Germany.

In October, the Israeli company UVision announced a partnership with German defense company Rheinmetall. Rheinmetall will now begin equipping armored personnel carriers with UVision’s Hero-type loitering munitions, a new evolution in guided-missile ordnance. Conventional guided missiles act like a bullet; once fired, they are going to hit something. If something changes on target, the best you can do is direct the missile to deliberately miss. In contrast, loitering munitions can “loiter,” like a drone, until needed. The missile can also be ordered to abort a strike if something on the ground changes. The aborted missile will then return to its drone mode high in the sky. If the missile isn’t used in a strike, it comes equipped with a parachute for easy retrieval.

Dagan Levi-Ari, the sales and marketing director at UVision, told Jewish News Syndicate, “In Europe, our agreement with Rheinmetall allows us to better enter the European market. Rheinmetall is a big defense producer in Europe. Once it takes our products into its portfolio, this provides us with a big advantage.”

Rheinmetall is one of Germany’s biggest weapons producers today. It specializes in armaments, ammunition and armored personnel carriers. The company also produces the 120 mm smoothbore main cannon for both the German Leopard 2 and American M1 Abrams battle tanks. As with Krauss-Maffei, Rheinmetall was a key player in the Nazi war effort. Rheinmetall was Adolf Hitler’s second-biggest supplier and manufacturer for guns used by the German Army. To meet Hitler’s demand for weapons, Rheinmetall used concentration camp slave labor. Less than a century later, an Israeli company is partnering with Rheinmetall to take one of its most advanced weapons “into [Rheinmetall’s] portfolio.”

Israel Aerospace Industries announced in August that it had contracted with German defense group Hensoldt to upgrade Germany’s F124 air-defense frigates with four new radar systems. Several different companies worked to manufacture these frigates, one of which is Blohm & Voss. Its most famous contribution was the World War ii German battleship, Bismarck. Another contributing manufacturer was Howaldtswerke-Deutsche Werft (hdw), owned by ThyssenKrupp. hdw produced the vast majority of Hitler’s infamous U-boat wolf packs that preyed on Allied merchant ships during World War ii. ThyssenKrupp used 75,000 slaves for labor during the war.

These three agreements are only a few recent examples of Israel sharing valuable advanced military technology with Germany, a nation that tried to exterminate every Jew less than 80 years ago. Almost all the German companies Israel is partnering with have ties back to the Nazi regime. Many of those companies used concentration camp inmates for slave labor.

So why is Israel drawing closer to Germany?

Consider Israel’s position. The United States, Israel’s closest ally, is declining in power and prestige on the world stage. Iran, Israel’s greatest enemy, is brazenly charging ahead with nuclear weapons. The Palestinian Authority is losing control of the West Bank. Terrorism is ramping up while Hamas launches rockets and gains more support among the Palestinians. Lebanon to Israel’s north is lurching toward civil war and instability.

Surrounded by enemies, Israel is desperate for allies. And just as your Bible prophesies, it is looking to the European Union, and specifically Germany, for help.

In his free booklet Jerusalem in Prophecy, Trumpet editor in chief Gerald Flurry writes, “At the mercy of the Arabs, little Israel will feel backed into a corner. [T]he Jews are prophesied to go to Germany for help. ‘When Ephraim [Britain] saw his sickness, and Judah [Israel] saw his wound, then went Ephraim to the Assyrian [Germany], and sent to king Jareb: yet could he not heal you, nor cure you of your wound’ (Hosea 5:13). … By this point, America will be too weak and too sick itself to help. We are already seeing Israel beginning to look to Germany for help.”

Mr. Flurry explains that this deadly wound is the Israel-Palestinian peace process which has not resulted in peace but more violence. Eventually, that violence will climax with half of Jerusalem falling to the Arabs. When that happens, Israel will turn to Germany.

“Hosea 5:13 will probably be fulfilled after the Arabs take over East Jerusalem,” writes Mr. Flurry. “God tells Judah that Germany cannot ‘heal you, nor cure you of your wound.’ Why does God say that? Because Judah got into this mess by looking to men. Now it is trying to get out of the quagmire by looking to men. The people of Jerusalem will never find a cure or be healed until they look to God! That is what God is teaching them—the hard way.”

God has an incredible plan that will result in real peace for all mankind. Whether Jew, German or Palestinian, soon all will look to God instead of men.