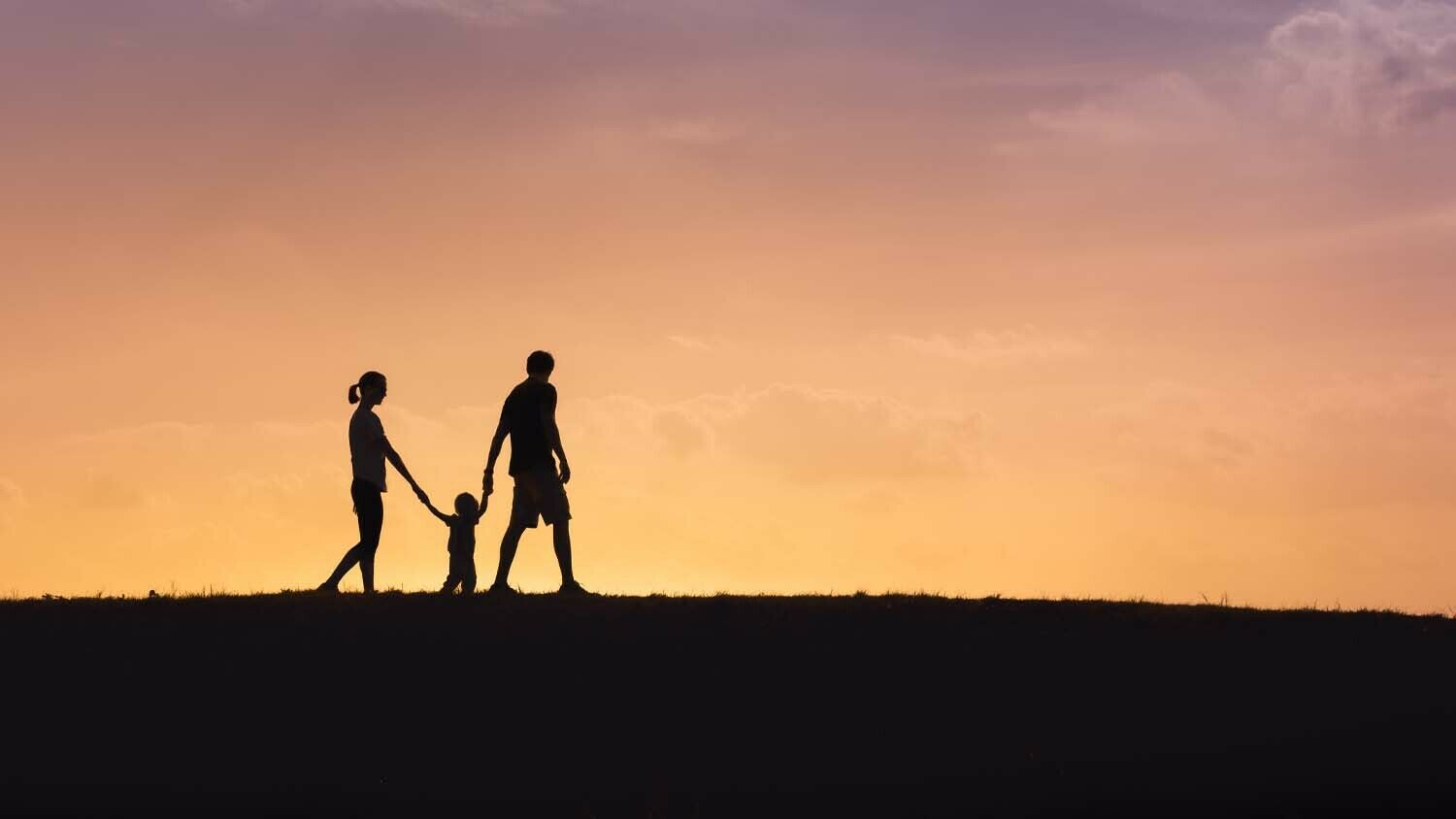 What you are seeing in school board meetings is part of the Marxist war strategy against family.

A few school years ago, if you said things like “family is under attack,” “parents are under attack,” or “there is a conspiracy against fatherhood,” most people ignored you. We know, because those are exactly the warnings that we have trumpeted for 30 years. We have warned that the problems in our country that people recognize as important came from a source that they didn’t recognize: weak families. An entire generation has gone by, and our society has not listened to nor heeded the warning.

Now it’s out in the open, and people are beginning to recognize: Family is under attack.

Schools across the country have been forcing into children’s minds a flow of atheistic ideas. Previous generations have been indoctrinated with views about God, men, women, marriage, America, history and virtue that were once considered radical. Now they are unquestioned. This generation of students is now learning the dogma of full-on cultural Marxism: Gender is fluid, gender is a spectrum, personal responsibility is evil, socialism is good, police are racist, math is racist, America is racist, law is bad, rebellion is good, sexual perversion is healthy, there is no such thing as absolute truth, and the only thing that is wrong is believing in right and wrong. The curriculum is complete with children’s books, videos, special speakers, demonstrations, homework, testing and punishments for “getting it wrong.”

As teachers are now teaching elementary students to judge others not by the content of their character but by the color of their skin, teaching little boys to be ashamed of themselves, teaching little girls that “girls are not real,” and teaching horrid sexual perversions, parents are finally resisting. They are angrily, desperately trying to fight back, and one of the battlegrounds has been the school board meeting, like the one in Loudoun County, Virginia.

Liberals in Washington are trying to use this to classify upset parents as domestic terrorists.

At school board meetings across the country, parents are speaking out against the people who have injected this radicalism into schools and into their children’s minds. Some school board members argue back. Some just ignore parents until their time expires. Some cut off their time. And the subversive radicalization of their children continues.

How bad is it getting?

One example is the school board of Loudoun County, which has introduced cultural Marxism to students and was working on formalizing Policy 8040 for allowing boys who identify as “transgender” to play girls’ sports and use girls’ bathrooms, and vice versa. A teenage boy wearing a skirt walked into the bathroom, restrained a 14-year-old girl, and committed horrible sexual acts on her. The school administration and school board covered up this rape! It scandalized their transgender bathroom policy, after all.

Scott Smith, the father of the girl, said he was called to the school, which told him to keep what happened quiet and let them handle it internally. He erupted in anger, and the school administrators called the police to come and confront him (not the rapist). That night, Smith and his daughter went to the hospital, which confirmed that she had been raped, and then went to police. But he says he was again told by prosecutors, by lawyers and by others to keep it quiet in order to get “justice” for his daughter, so he did.

Only three weeks after his daughter had been raped, Smith attended a school board meeting. He didn’t sign up to speak, but he sat there and heard a board member literally say, “Our students do not need to be protected, and they are not in danger. Do we have assaults in our bathrooms or locker rooms regularly?” He heard the superintendent say, “To my knowledge, we don’t have any record of assaults occurring in our restrooms,” then he referred to a pro-transgender magazine article and said that “the predator transgender student or person simply does not exist.”

Smith didn’t speak to the school board, but a pro-transgender woman in the audience began berating him. He argued back, police were called in, and they tackled him and hauled him away. He never had the chance to tell the board and the audience that his daughter had just been raped in the girls’ bathroom by a boy in a skirt.

School administrators still did nothing about the rapist except transfer him to another school. There, on October 6, the same boy forced a girl into an empty classroom and sexually assaulted her.

With such terrible results from such a terrible policy, you would think that liberals would be afraid for anyone to even know about this situation. Yet they are boldly trying to use it to attack parents! They used photos of Smith to paint him and other parents as deranged, right-wing bigots. In a letter to Joe Biden, the National School Board Association cited Smith as a good reason for the federal government not only to get involved but to use Department of Homeland Security agents, Secret Service agents and Federal Bureau of Investigation national security and counterterrorism agents to use domestic terrorism and hate crimes laws against parents. Biden’s Justice Department has said it will grant the request because of what it says is “a disturbing spike in harassment, intimidation, and threats of violence” against people in the school system.

This is the state of America: School boards are not only failing to give your children good academic educations (let alone moral educations), but they are aggressively indoctrinating them with atheist Marxist ideology to the point of endangering them. The Biden regime now has fbi agents and prosecutors ready to convict and punish you for “hate crime” and “domestic terrorism” if you say something at a school board meeting that it classifies as “harassment.”

It’s all so bizarre and confusing, unless you realize that this is a core part of an intentional strategy. The strategy, as Barack Obama put it, is “fundamentally transforming the United States of America.”

Everything about this story is sickening on an unfathomable scale!

You live in a country where the National School Boards Association and the Biden regime is invoking the Patriot Act, a law (which is unconstitutional) that grants the government sweeping powers for the original purpose of stopping al Qaeda from striking America with another 9/11, in order to prosecute and intimidate parents who come to school board meetings to complain about teachers telling their daughter things like “girls are not real.” This is a weapon in the hands of progressive teachers against concerned parents.

This is not intended to protect teachers from violence. It is intended to intimidate parents. Democratic Virginia gubernatorial candidate Terry McAuliffe voiced the collective opinion of the radical left when he stated outright, “I don’t think parents should be telling schools what they should teach.”

Conservatives are trying to resist in places across the country by staging “Parents Matter” rallies to say that parents should have a say in their children’s education. But that is not what radical school board officials think. They want the state to control all levels of education from cradle to grave; and parents who get in their way will be reported to the Department of Justice and prosecuted like an al Qaeda terrorist.

Yes, there is an attack on family.

Why are school boards and the propagandists in the media defending rapists and attacking parents? The sobering answer to that question is that the abolition of family is essential to the successful infiltration of their ideology. If Marxists can abolish parental authority, the state can control the educational system—and ultimately society.

Both Karl Marx and Frederick Engels rejected the religious truth that God established the family unit. They believed early human societies partook in a wide range of sexual relationships like bonobo monkeys—relationships including polygamy, group marriage and promiscuous intercourse. In 1884, Engels argued that the family started when human males stopped breeding indiscriminately with every female in the tribe and directed their reproductive energy toward a small group of females. Therefore, virtues like monogamy are relics of a patriarchal system that started evolving when men “took command in the home” and woman became “a mere instrument for the production of children.”

In his article “The Road to Civilizational Collapse,” Mark Tapson wrote: “It is ‘the abolition of the family,’ as Karl Marx explicitly put it, that is central to the success of the Communist agenda. As the most fundamental bond of humanity, it is the most resistant bulwark against totalitarian state control and a collectivist mindset. It is the environment in which we are first civilized and molded, ideally, into productive citizens who value our individualism but embrace our role in the larger society. As Edmund Burke wrote in 1790, the family ‘is the first link in the series by which we proceed towards a love to our country, and to mankind.’ The all-powerful state to which Communists demand allegiance is not a link in that chain, and thus the family is an obstacle that must be dismantled. This is not a conspiracy theory; it is explicitly stated in Communist and feminist theory. … This Marxist imperative—to decouple children from their parents and absorb them into the collective—directly echoes a statement from contemporary progressive Melissa Harris-Perry, an msnbc host who … declared in a 2013 network promo, ‘We have to break through our kind of private idea that kids belong to their parents or kids belong to their families, and recognize that kids belong to whole communities.’”

Promiscuity naturally ends the very concept of fatherhood and leaves many children with no choice but to depend on their fatherland (i.e. the government) for both food and education. This is a primary reason why so many Marxist educators endorse fornication, adultery, polygamy, homosexuality and transgenderism. These sexual activities destroy the family and empower the state. Yet despite the best efforts of these educators, some Americans have pushed back against the “new morality” of the radical left. So these educators are turning to Joe Biden’s fbi to prosecute these Americans and make sure their children are indoctrinated in the politics of Karl Marx and the morals of Sigmund Freud.

The late Herbert W. Armstrong wrote in his July 1976 Plain Truth personal: “A solid family structure is the very foundation of any stable and permanent society. But today in the affluent countries a conspiracy is developing which seeks to destroy marriage as an institution, as well as the family.” He further elaborated with this shocking revelation: “The conspiracy consists of a two-pronged attack: 1) a well-organized movement to subtly influence college students to prefer alternatives to marriage, and 2) an attempt to influence the general public by newspaper and magazine articles, television programs, the lecture platform, the women’s lib movement, and student or former student rebels of the ‘New Left.’ How much of all this propaganda has been planted in the minds of the psychologists, professors, writers, publishers, women’s lib crusaders and others by trained Communist propagandists can only be estimated.”

Forty-five years have passed since Mr. Armstrong wrote those words and the conspiracy against family has only gotten worse. Many “trained Communist propagandists” are not even trying to hide their influence. Americans have rejected God and embraced the Satan-inspired philosophy peddled by Karl Marx; now they face an orchestrated attack against their children. To learn more about what Mr. Armstrong wrote about this orchestrated attack, please read the chapter titled “The Communist Infiltration of America Was Prophesied” in our free booklet He Was Right!