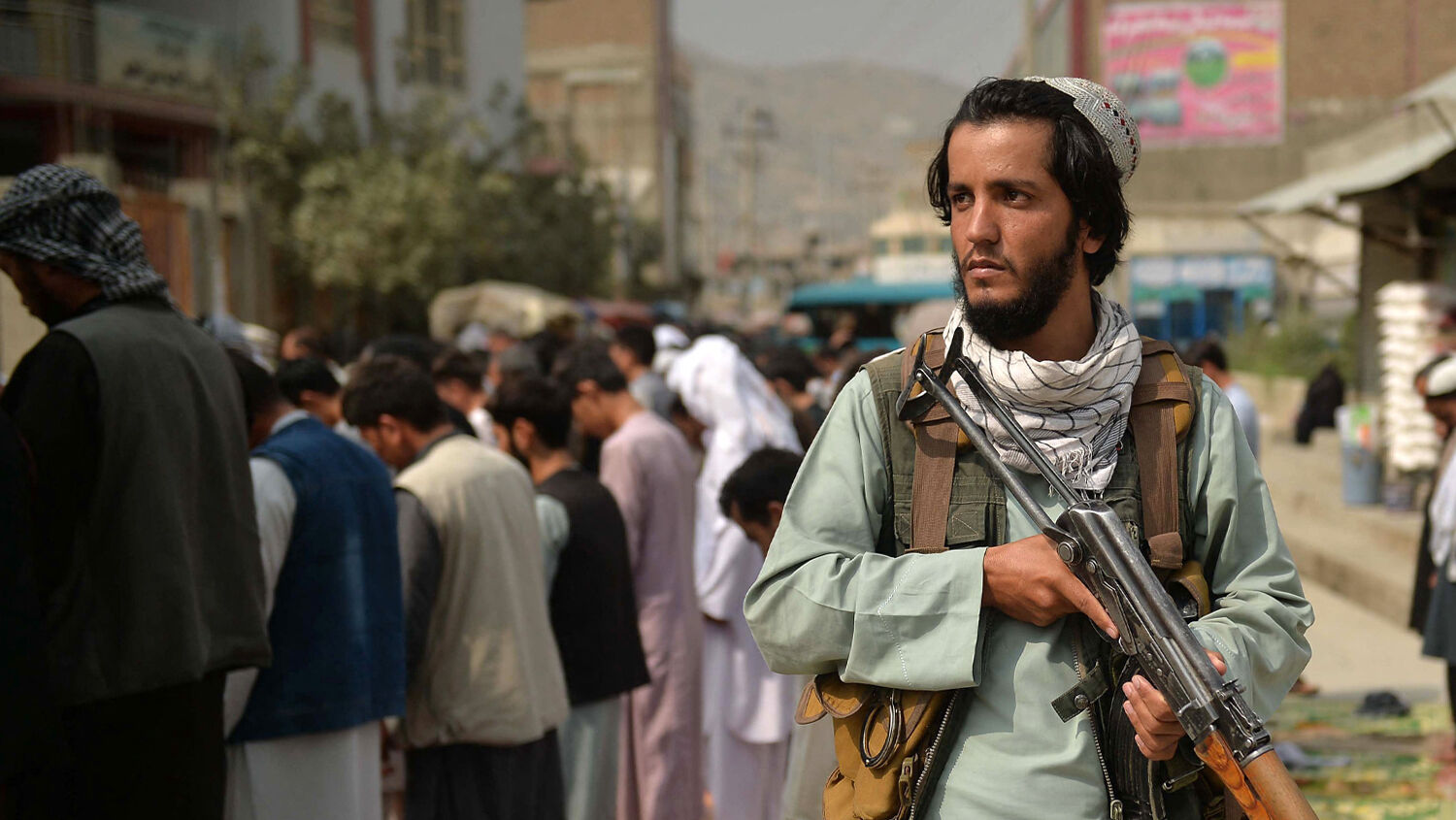 Three suicide bombers detonated their explosive vests after shooting their way inside of a Kandahar mosque on October 15, killing at least 47 and injuring 70. The attack occurred during Friday prayers when the mosque was packed with worshipers. The Afghan branch of the Islamic State posted a statement claiming responsibility.

The bombing follows on the heels of another Islamic State bombing on October 8, which killed at least 50 people. Local officials said more than 300 people were in attendance for Friday prayers when the bomber detonated his explosive vest. These have been the deadliest attacks in Afghanistan since the United States withdrew.

Among the global chorus of condemnations for such horrific attacks, one voice stands out: the world’s number one state sponsor of terrorism, Iran. In a statement following the October 15 attack, Iran’s foreign minister harshly condemned the attack. Further, he called for unity between Sunnis and Shiites.

Why would Iran, whose entire reason for existence is to export the Islamic revolution, condemn any Islamic terrorist attack, let alone this terrorist attack? Because this attack was sectarian.

Iran is the biggest and most powerful majority Shiite nation in the world. According to the Central Intelligence Agency, Shiites account for 90 to 95 percent of Iran’s population. In Afghanistan, Shiites make up only 10 to 15 percent of the population; the rest are Sunni. Most of the Shiite Muslims in Afghanistan are ethnic Hazara and speak a dialect of Persian, the official language of Iran.

The Islamic State is a Sunni-Muslim organization. It practices and adheres to a strict form of Islam. Because of its radical views, it regards all Shiite Muslims as apostates worthy of extermination.

Notice what Kamal Kharazi, the foreign-policy adviser to Iran’s supreme leader, said on October 13: Iran “naturally has legitimate interests [in Afghanistan] that must be secured [including] protection of the rights of Shiites and other groups and the preservation and the propagation of the Persian language, as part of the Afghan people’s heritage.”

As Trumpet Jerusalem correspondent Brent Nagtegaal wrote in our October 2021 issue, “Whether it be from working with the Taliban or being called in to help check the Islamic State’s rise in Afghanistan, Iran will no doubt emerge far stronger after the Taliban’s takeover.” As the Taliban struggles to establish itself on the international stage and stabilize its blood-soaked sands, we can expect Iran to become far more involved. There are two ways this might happen.

The first is Iranian forces intervening without the Taliban’s permission. As the Islamic State continues to grow inside of a destabilized Afghanistan, these barbaric attacks will become more common. The rise of the Islamic State in Afghanistan could give Iran the excuse it needs to step in. Intervention on behalf of an oppressed minority has been a favorite excuse for many hostile nations in recent history. Take Russia’s invasion and annexation of Crimea, for example. Russia claimed “that the ethnic Russian population in Crimea and Eastern Ukraine was in imminent danger.” Why? Because the Ukrainian Parliament voted to remove Russian as one of its official languages.

While the outright invasion of Afghanistan by Iran isn’t likely, the threat could be enough to bend the new ruling Taliban regime to Iran’s will.

But would coercion even be necessary for Iran to get what it wants? Iran has another path it can take: Wait for the Taliban to ask for its help.

Why is the Trumpet watching Iran’s involvement in Afghanistan? The answer comes right out of the pages of your Bible.

Thirty years ago, Trumpet editor in chief Gerald Flurry predicted that Iran would rise to be the king of radical Islam. Now Iran is on the doorstep of acquiring nuclear weapons. It is also the key sponsor of terrorism all over the world. How could Mr. Flurry have forecast this decades ago?

He based his forecast on a prophecy in the book of Daniel: “And at the time of the end shall the king of the south push at him: and the king of the north shall come against him like a whirlwind, with chariots, and with horseman, and with many ships; and he shall enter into the countries, and shall overflow and pass over” (Daniel 11:40).

From this prophecy, Mr. Flurry identified radical Islam, led by Iran, as the king of the south and a German-led Europe as the king of the north. This is why the Trumpet specifically watches what is unfolding in Afghanistan, especially as it relates to Iran. However it may come about, watch for events in Afghanistan to empower and embolden Iran to become more aggressive in its foreign policy.

For more information, please read Mr. Flurry’s free booklet The King of the South. To learn where events in Afghanistan are leading, please read “With Enemies Like These, Who Needs Friends?”