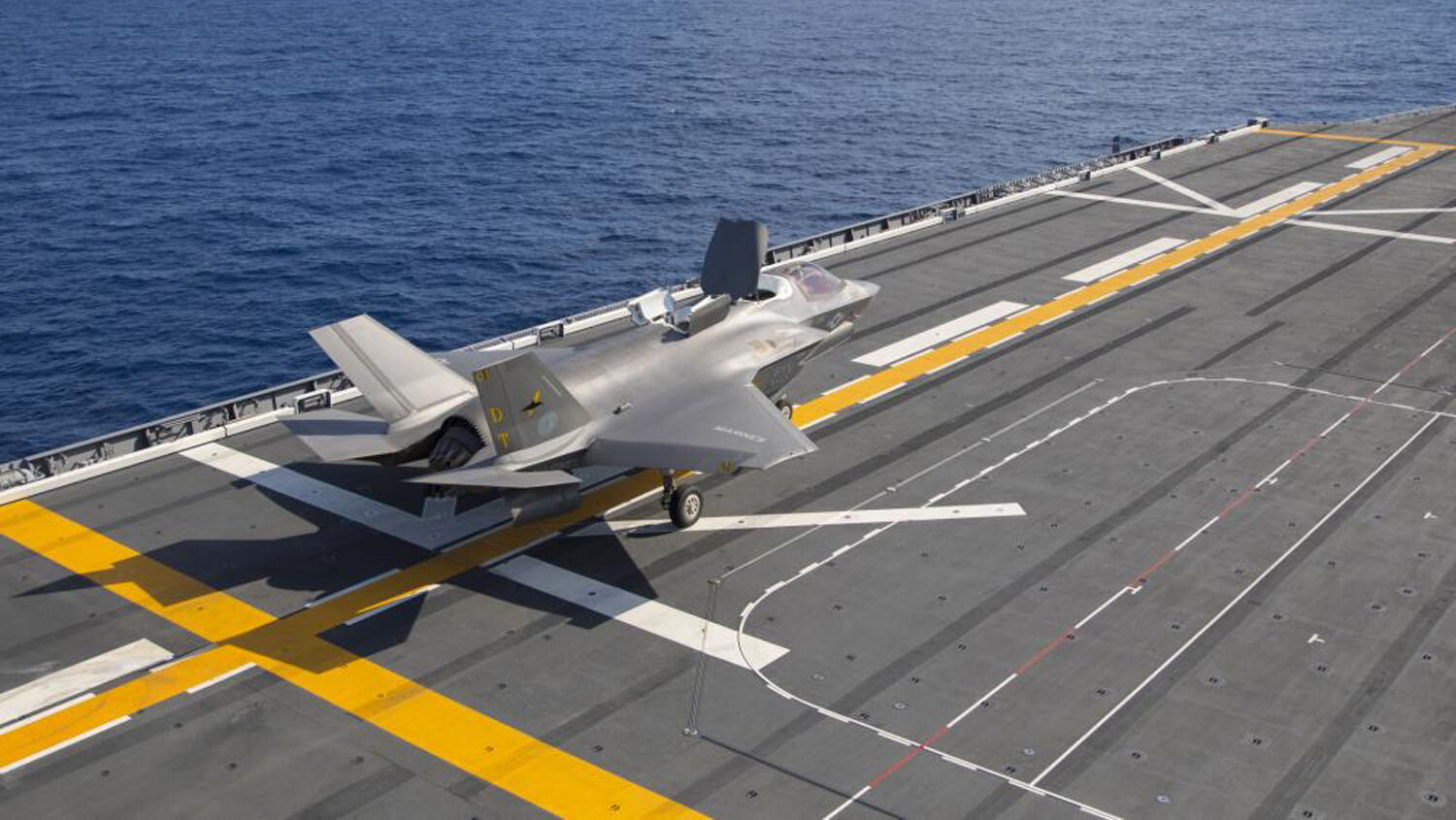 A United States Marines F-35B fighter jet took off from and landed on the JS Izumo on October 3. It was the first time since World War ii that a Japanese vessel has launched and recovered a fixed-wing aircraft. In an October 5 news conference, Japanese Defense Minister Nubuo Kishi announced the successful test and said it would improve the alliance between his country and the U.S.

When the Japanese Maritime Self-Defense Force launched Izumo in 2013, it classified it as a “helicopter destroyer.” Izumo and its sister ship, Kaga, were built to carry 14 anti-submarine helicopters. But the 820-foot-long flight deck raised suspicions: It was clearly designed to launch more than just helicopters. The ships’ elevators were also capable of carrying an F-35.

In March 2020, Japan began modifying Izumo, adding a heat-resistant coating to the deck to prevent damage when aircraft are taking off or landing. Kaga is currently receiving the same transformation.

Izumo’s deck is too short to launch standard naval jets, but it can easily handle a short takeoff vertical landing aircraft, such as the F-35, which do not require catapults for takeoff or arresting gear for landing. Japan has ordered 42 of these stealth fighters, for Izumo and Kaga.

The October 3 test launch from a destroyer-turned-aircraft carrier is a monumental step for Tokyo. Stephen Green at PJ Media wrote, “Aircraft carriers are meant to project power far beyond one’s own shores, and the last time Japan was in the power-projection game, we ended up with little things like the Second World War.”

In that war, U.S. sailors and airmen suffered a surprise attack at Pearl Harbor and fought a previous carrier named Kaga at Midway and U.S. Marines endured an extremely bloody slog of jungle fighting from island to island. After Japan surrendered in Tokyo Harbor, the United States wrote a constitution for Japan that forbade the nation from making war, forever. Article 9 states, “land, sea and air forces, as well as other war potential, will never be maintained.”

That constitution is still technically in effect today, but Tokyo has been pushing past its limits since 1950, with the establishment of their National Police Reserve. In 1954, it changed to the Japan Self-Defense Force. Now it is self-defense in name only. In 2015, Tokyo officially “reinterpreted” a section of its Constitution. “Self-defense” now includes military assistance to allies beyond Japanese waters.

The addition of aircraft carriers to Japan’s self-defense force is another shift toward militarism. Half a century ago, late educator Herbert W. Armstrong predicted this would happen based on Bible prophecy. “Japan today has no military establishment,” he wrote in March 1971. “But we should not lose sight of the fact that Japan has become so powerful economically that it could build a military force of very great power very rapidly.”

The Bible speaks of an alliance in this end-time called “the kings of the East” (Revelation 16:12). From Ezekiel 38, we know Russia and China will lead this power bloc. Verse 6 includes “Gomer” and “Togarmah” in the alliance, ancient names for the peoples of modern-day Japan. These nations will form an army of 200 million soldiers (Revelation 9:16).

Right now an alliance between Japan and China seems unlikely. But we wrote in our trends article in 2017:

[W]hat would the Japanese do if they saw a fierce united European military destroy their main ally, the United States? … [W]ould their desire to survive prompt them to lay aside their difference with China and partner up with the Russo-Chinese bloc?

Just as Mr. Armstrong did in the Plain Truth magazine, the Trumpet reports on Japanese efforts toward remilitarization because each represents one small step closer to that 200 million-man army. Each move by Japan to normalize its military is a step nearer to that unprecedentedly violent conflict. Many Bible passages show that it will be the bloodiest, most destructive conflict in history. Japan’s march toward militarization points to a dark future.”

To understand more about why this trend is so important and where it fits in Bible prophecy, read our free booklet Russia and China in Prophecy. It will explain in greater detail what the kings of the east will do in the near future and what is prophesied to occur after that!