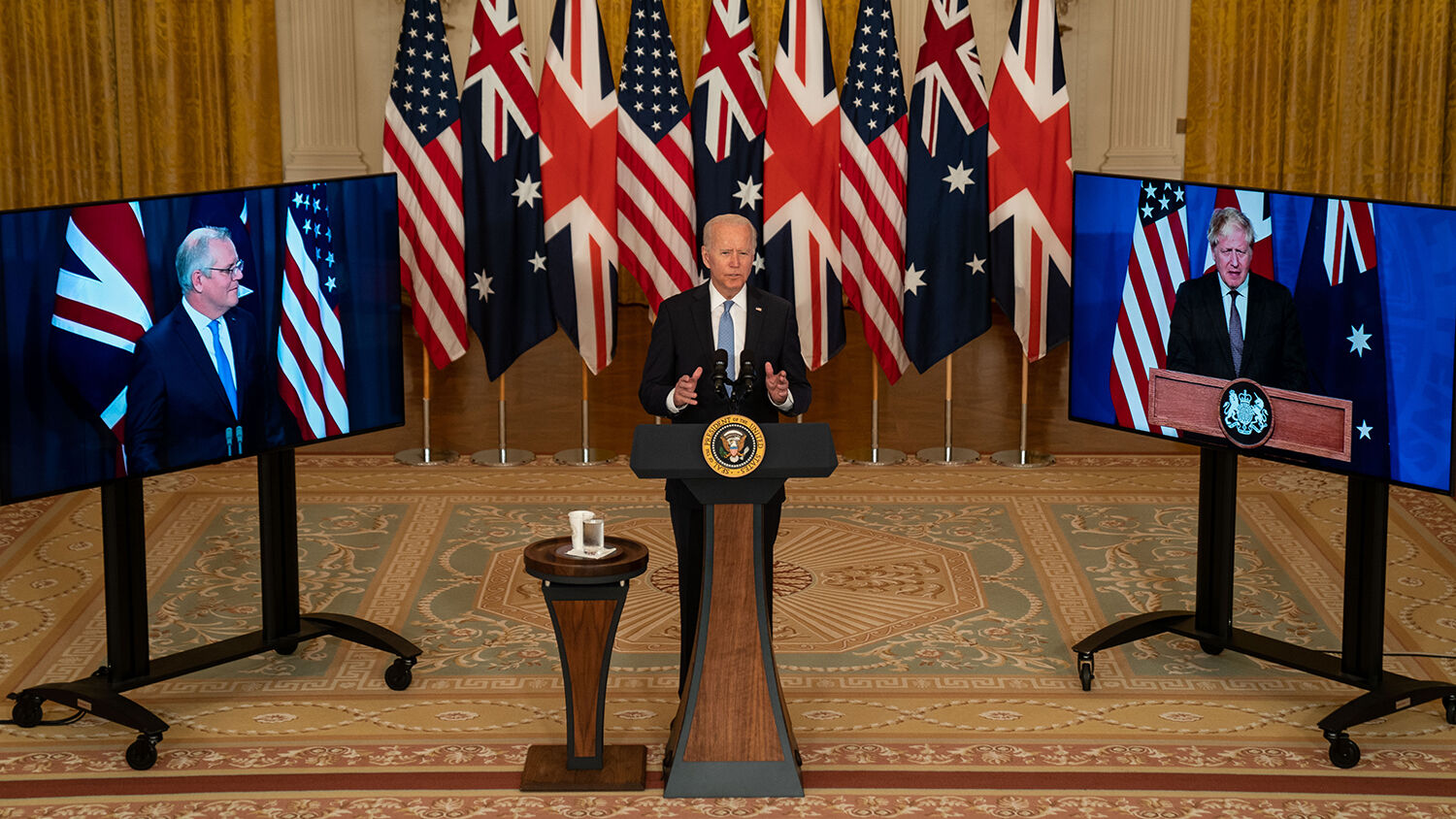 A new alliance has both France and China spitting nails, and it is threatening to upend the global order. Australia, the United Kingdom and the United States proclaimed the aukus alliance on September 16, under which the three nations pledged to increase their military coordination, especially in the Pacific. But the top headline was that the U.S. has announced it will help Australia become the eighth member of the elite club of countries that operate nuclear submarines.

The plan is for Australia to buy at least eight nuclear submarines, which will make it a more capable foe against China, bring profits to the American and British defense industries, and dramatically empower the American-led military presence in the region.

The deal has the potential to upend the naval balance of power in the South Pacific. Australia’s current fleet of diesel submarines are based in Australia and can manage only 11 days of patrolling in the South China Sea before turning around. The nuclear option could make that 77 days.

China is furious. The Global Times, which is controlled by the ruling Chinese Communist Party, fumed that the alliance “would make Australia a potential target for a nuclear strike.”

“[D]eploying nuclear submarines will force China to change its attitude toward Australia, and China will also be forced to make changes in its military deployment and countermeasures following Australia’s latest move,” it stated.

Almost as big, and perhaps even more significant, was the tantrum thrown by France.

Australia had agreed to spend up to $90 billion buying diesel submarines for France. America’s offer of nuclear submarines sunk that deal and with it an important source of revenue for France’s naval industry.

Bruno Tertrais from the Fondation pour le Recherche Stratégique characterized the cancellation as “a knife blow to the heart that no one in France saw coming” and a “Trafalgar shot from which Naval Group will takes years to recover.” Ouest-France said that for one of France’s key naval regions around the Cherbourg Naval Base, it is “a small social and economic earthquake.”

“It was really a stab in the back,” said French Foreign Minister Jean-Yves Le Drian. “We built a relationship of trust with Australia, and this trust was betrayed. This is not done between allies.”

Much of the European Union has also taken offense to aukus. Die Welt characterized the alliance as a declaration of war on the EU. Germany’s ambassador to the UK said the deal threatened the “unity of the West.”

But the most interesting take came from John Allen Jr., the veteran Vatican watcher at Crux. The deal, he wrote “seems to have the potential to fundamentally redefine the geopolitical game.”

“Since the close of World War ii, it was always ‘the West,’ meaning North America, Europe and Australia together, against someone else, whether the Soviets during the Cold War or global jihadism post-9/11,” he continued. “Now it seems it may be the Anglo-Saxon powers vs. China, with Europe either relegated to the sidelines or finding a new role for itself. In that realignment, the Vatican is likely to be an advocate of a more assertive and independent Europe.”

Allen wrote that the Vatican was never really keen on nato and “that basic skepticism about Anglo-Saxon culture remains hardwired into the Vatican’s dna,” especially under the current pope.

“The Vatican has been pushing Europe to be less deferential to the U.S. for some time,” he noted.

“Such a jolt could provide Europe the impetus it needs to come together. Any such new European alliance likely would be premised on positioning itself as a bridge between China and the aukus powers …” (ibid).

To do this would require leadership. With German Chancellor Angela Merkel on the way out, such leadership could be provided by Italian Prime Minister Mario Draghi, working in close concert with the Vatican, “with Draghi supplying the strategic vision and Francis the moral leadership to position Europe as a legitimate ‘third way’ between the poles of the new Cold War” (ibid).

Allen concluded that “whatever may be said publicly, it’s improbable the Vatican simply will sit out the game of musical chairs now underway.”

Allen’s article is so fascinating because it ties in so well with what the Bible prophesies.

The United States believes it has an unshakable friend in Europe. It does not. Biblical prophecy warns that Britain and America will trust in “lovers,” foreign allies, that will destroy them. “All thy lovers have forgotten thee; they seek thee not,” God warned in Jeremiah 30:14.

Other prophecies specifically describe a European power forming a temporary alliance with China. Isaiah 23 discusses Tyre and Zidon, economic juggernauts of the ancient world that symbolize the economic power soon to arise in Europe. These are described in a trading alliance with Chittim, which, in Bible prophecy, is China.

Revelation 18 describes this same European economic superpower. The prior chapter shows that it is controlled and dominated by a “harlot,” which is a prophetic symbol of a false church.

The new aukus deal provides an opportunity for a major world religion to fundamentally shift Europe’s role in the world.

This is the briefest overview of the prophecies involved. They require more detailed study to prove to yourself. But the overview shows us that the whole prophetic panorama described in the Bible could soon be here: Europe, led by the Vatican, turning against America and siding with China. Perhaps aukus could help prompt such a shift. But even if not, resentment against the United States is bubbling in Europe. The Vatican is looking to play a role in shifting Europe’s alliance. World events could move very quickly.

The picture the Bible paints of the immediate future is dark. But if you see and prove and believe the accuracy of Bible prophecy, you can also have hope. The prophetic panorama also shows you clearly that today’s events are part of a much bigger plan and pattern that God is crafting for the benefit of all mankind. If you would like to know more about this panorama, a great place to start is our free book The United States and Britain Prophecy, by Herbert W. Armstrong. This will give you the vital master key necessary to unlock Bible prophecy.