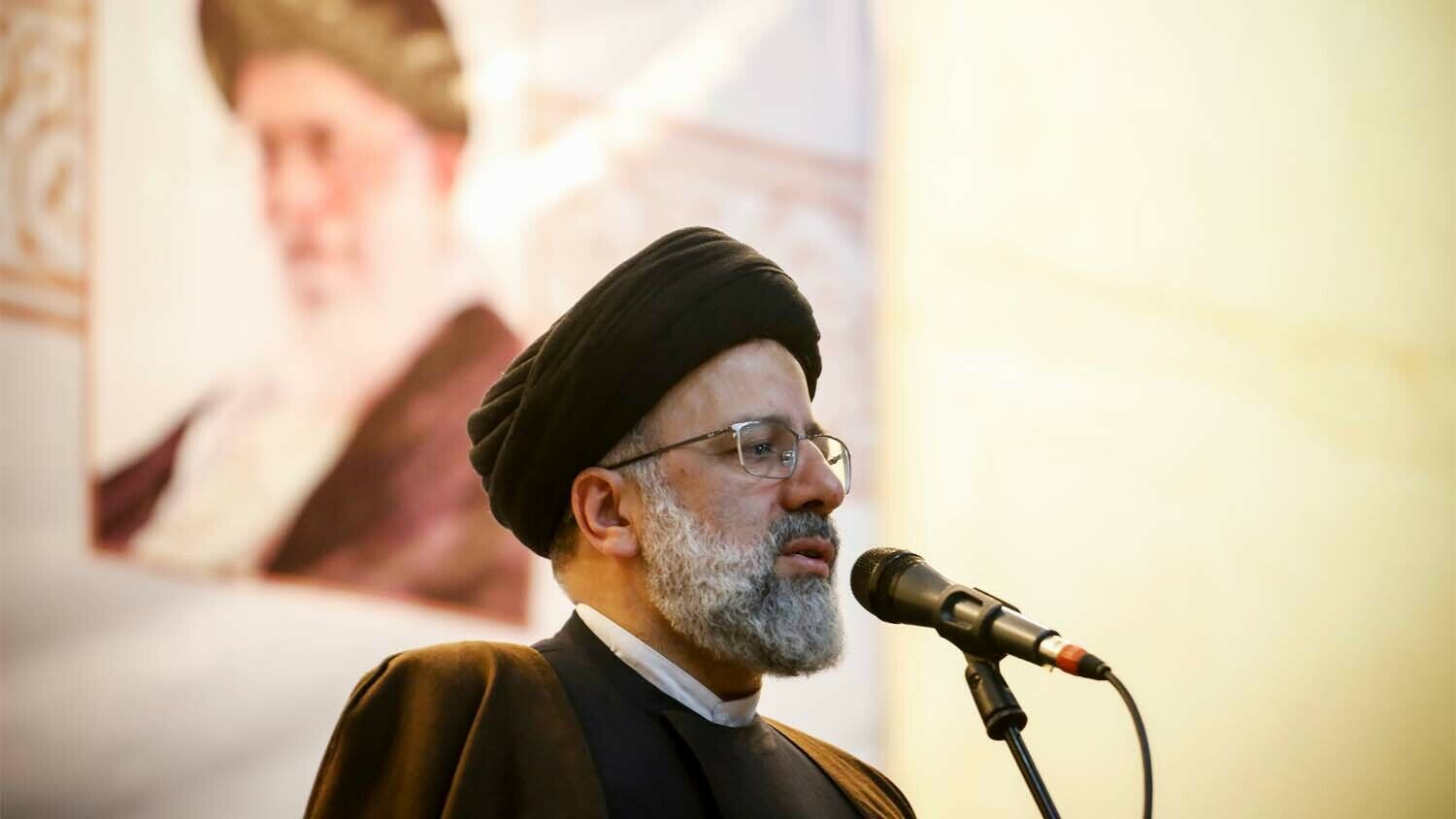 Iran is no longer feigning moderation to court the West.

Iran’s supreme leader, Ayatollah Ali Khamenei, no longer considers it important to make Iran appear moderate. Since January, when Joe Biden moved into the White House, Khamenei has built the most radical, hard-line, criminal administration Iran has ever seen.

Several of Iran’s new cabinet members are under sanctions, including the new president, Ebrahim Raisi. Two cabinet members are wanted by Interpol. Many have deep connections to the Islamic Revolutionary Guard Corps. And all of them deeply hate the Jewish state and seek its destruction.

The Iranian regime has nailed its fanatical colors to the mast for all the world to see.

As Iran finalizes its acquisition of a nuclear bomb, it is worth examining some of the new figures at the helm of this soon-to-be nuclear power.

It is an open secret that Iran’s secular government exists to serve the interests of its supreme leader. While Iran may hold regular elections, these are anything but democratic. Its latest elections were in June. As we reported at the time, the feigning of the democratic process in Iran isn’t new; it happens every four years. But even by Iran’s standards, the rigging of the June 2021 election reached a new level.

“This time, they are not even trying to play the game,” Iranian expert Dr. Thamar Eilam Gindin told a press group organized by Jerusalem-based Media Central on June 16. “Usually, everyone knows that, but they try to make it look like [they are legitimate].” This time, however, there was no mistaking whom the ayatollah wanted as president. The process of selecting the candidates was unabashedly undemocratic.

The number of candidates who tried to make the ballot was 598, a third of the number of previous elections. Of those, only seven were selected by the Guardian Council, the 12-person body loyal to the ayatollah that vets contenders. Of these seven, most were hard-liners associated with the clerical regime or the Islamic Revolutionary Guard Corps (irgc).

‘The Butcher of Tehran’

According to Dr. Gindin, Shiite cleric Ebrahim Raisi is being groomed to replace the aging Khamenei as Iran’s supreme leader. To increase Raisi’s credentials for that job, the regime ensured he became president.

Raisi has spent his entire adult life serving in Iran’s judiciary. At the age of 20, he became the prosecutor general in Karaj. There, he started using what would become a hallmark of his judiciary style: execution. In one case early in his career, he executed four women and 10 men for prostitution and possession of illegal drugs.

In 1988, Raisi earned the title “butcher of Tehran” after he became the capital city’s prosecutor general. Over the course of five months, Raisi led the way in the execution of thousands of political prisoners. The actual number of murdered Iranians remains unknown, but human rights organizations estimate between 4,500 and 5,000 men, women and children were put to death. According to some Iranian defectors, the number of deaths could actually be over 30,000.

As president, Raisi has wasted no time in assembling an impressive list of ayatollah-approved hard-liners, terrorists and radicals for his administration. Almost all have either served in the irgc or served on a previous administration. One of the most prominent is Iran’s new foreign minister: Hossein Amir-Abdollahian.

Abdollahian is an experienced diplomat and statesmen. His five-year tenure (2011–2016) as deputy foreign minister for Arab and African Affairs was the most significant of his numerous diplomatic positions. During this time, Abdollahian was responsible for implementing the supreme leader’s foreign policy in Syria, Iraq and Yemen.

Abdollahian credited that role for putting him in regular contact with the irgc, allowing him to develop a strong working relationship with Iran’s most ferocious and barbaric military organization as it increased its activity in the region. The irgc eventually made Abdollahian its chief liaison officer. He also became the corps’ unofficial spokesman in diplomatic circles and the media.

Abdollahian worked closely with former leader of the irgc’s elite Quds Force, Gen. Qassem Suleimani. In a 2020 interview with the regional editor of Tehran Foreign Policy Studies Quarterly, Abdollahian said he knew Suleimani “closely.” He praised Suleimani and called him a “commander of peace.” He believed Suleimani’s “role in strengthening peace and security in the region and in the world was very unique.” When the United States assassinated Suleimani in January 2020, Abdollahian issued the irgc’s first public vow of retaliation.

The Fars News Agency, the mouthpiece for the irgc, reported that Abdollahian declared he would “continue the path” of Suleimani.

Iran’s supreme leader also favors Abdollahian, who has at least 10 analytical pieces on Khamenei’s own website. The Middle East Institute wrote that “this is unusual and noteworthy as the publication of even a single exclusive analysis on this website is viewed as a significant privilege for an Iranian official” (August 17).

Although nuclear talks between the West and Iran have halted, if they resumed, Abdollahian would most likely lead Iran’s negotiating team.

Gen. Ahmad Shah Cheraghi (nicknamed Vahidi) has been a key figure in the Islamic Revolutionary Guard Corps and the Iranian intelligence community since the irgc’s inception in 1979. Vahidi also played a critical role in the establishment of the Ministry of Intelligence in 1984. It is believed that he served as the commander of the Quds Force for seven years until General Suleimani replaced him in 1997.

In November 2006, Interpol placed Vahidi on their Red Notice List at the request of Argentina. An Interpol Red Notice is “issued for fugitives wanted either for prosecution or to serve a sentence.” He is wanted for his alleged role in the 1994 Asociación Mutual Israelita Argentina (amia) bombing, which killed 85 people and wounded 250. The United States has also blacklisted Vahidi for his role in the bombing.

In 1997, Vahidi entered the Ministry of Defense. When former President Mahmoud Ahmadinejad was reelected in August 2009, Vahidi became the minister of defense. Vahidi served in this capacity until August 2013.

Now, Vahidi has reentered the Iranian political arena with his appointment to interior minister. His extensive background in intelligence and the irgc has prepared him to bring an iron grip to the nation’s internal policing.

Moshen Rezaei, made vice president for Economic Affairs, is one of the irgc’s longest-serving commanders in chief. Starting in 1981, he served in the position for 16 years. In 1997, former Iranian President Mohammad Khatami removed him from the post due to internal politics, but Rezaei rejoined the irgc in 2015.

Argentina is also seeking Rezaei’s arrest via Interpol; he was commander-in-chief of the irgc at the time of the 1994 amia bombing. Currently, Rezaei is also under U.S. sanctions, designed to target the ayatollah’s inner circle.

From 1997 to 2021, Rezaei served as the secretary for the Expediency Council, one of the most powerful political bodies in Iran. This council serves as the supreme leader’s personal advisory board and oversees most governmental bodies. It also arbitrates disputes between Iran’s two legislative bodies: the parliament and the Guardian Council. As secretary, Rezaei was second in power to the chairman and acted as the liaison between the council and the supreme leader.

What kind of policies can we expect from Rezaei as vice president for Economic Affairs? According to a June 6 Guardian article, Rezaei once suggested “that the country’s foreign-exchange earnings could be boosted by taking Western soldiers hostage.”

Iran now has the capability to enrich uranium up to 60 percent. This means, Israeli Defense Minister Benny Gantz said at a June 16 press briefing, the nation could be just two months away from possessing a nuclear bomb. Iran no longer needs a moderate facade for the West. But what else has inspired this shift in confidence for the ayatollah?

“The Iranian regime is in the mood of divine intervention,” stated Ret. Lt. Col. Michael Segall of the Jerusalem Center for Public Affairs on June 16 (emphasis added throughout). The way Iran sees it, “they outlasted the Trump administration, and now they outlasted [Israeli Prime Minister Benjamin] Netanyahu. Then we saw during the last round in Gaza with Jerusalem being inserted, and with Iran’s international Quds in right in the middle. They see things as divine intervention in the Iranian regime interest,” he continued.

Iran’s supreme leader and those around him are so confident because they believe they have divine help and guidance!

Iran manipulated the Western members of the Joint Comprehensive Plan of Action, even as it continued to develop its nuclear program. Iran’s leaders watched America’s shameful and humiliating retreat from Afghanistan. They saw the Biden administration surrender $90 billion worth of American military hardware to the Taliban. They saw America throw its morals and idealism out the window as it left behind hundreds of its own people and allies.

From the Iranians’ perspective, these developments are proof that God is with them. The way they see it, the last eight months have been one giant “divine intervention” in their favor.

We cannot underestimate the religious and spiritual dimension here. “The Iranians have a much more radical belief system. They think their savior—the 12th imam, or mahdi—will return sooner if they cause more apocalyptic chaos and violence,” explains Trumpet editor in chief Gerald Flurry in his free booklet The King of the South.

This is how Joel Rosenburg, a former aide to Benjamin Netanyahu, put it: “[I]n order to bring about this Islamic messiah, the Mahdi, the 12th imam, Islamic leaders need to hasten his coming by destroying little Satan, Israel, and the great Satan, the United States. [T]he leaders actually believe they need to create bloody carnage, the death of millions of people, in order to create the conditions for the mahdi to bring peace.”

It is hard to overstate the influence of Twelver theology on Iran’s national and foreign policy. “From redressing the gulf between rich and poor in Iran, to challenging the United States and Israel and enhancing Iran’s power with nuclear programs, every issue is designed to lay the foundation for the mahdi’s return,” wrote Scott Peterson in the Christian Science Monitor.

This is perhaps the most terrifying fact about Iran’s new government: These men are motivated by the desire to cause global destruction and usher in the 12th imam!

If you haven’t read it, request and read The King of the South. This short booklet puts Iran and its fanatical foreign policy and push for nuclear weapons in the context of biblical prophecy. The booklet centers around the prophecy in Daniel 11. “And at the time of the end shall the king of the south push at him: and the king of the north shall come against him like a whirlwind, with chariots, and with horsemen, and with many ships; and he shall enter into the countries, and shall overflow and pass over” (verse 40).

As Gerald Flurry has explained, “the king of the south” in this prophecy refers to radical Islam, led by Iran. The “king of the north” refers to a German-led, European superstate. Daniel’s prophecy is all about a gigantic clash between these two powers. This final crusade between radical Islam and Catholic Europe will lead to a nuclear World War iii.

But even in this frightening prophecy, there is hope. Divine intervention is coming, just not in the way Iran’s supreme leader and his followers anticipate. As the prophecy in Daniel shows, this conflict will end with the coming of the Messiah. This is why, as Mr. Flurry writes, “as bad as this news is, it leads to the best news this world has ever heard!”